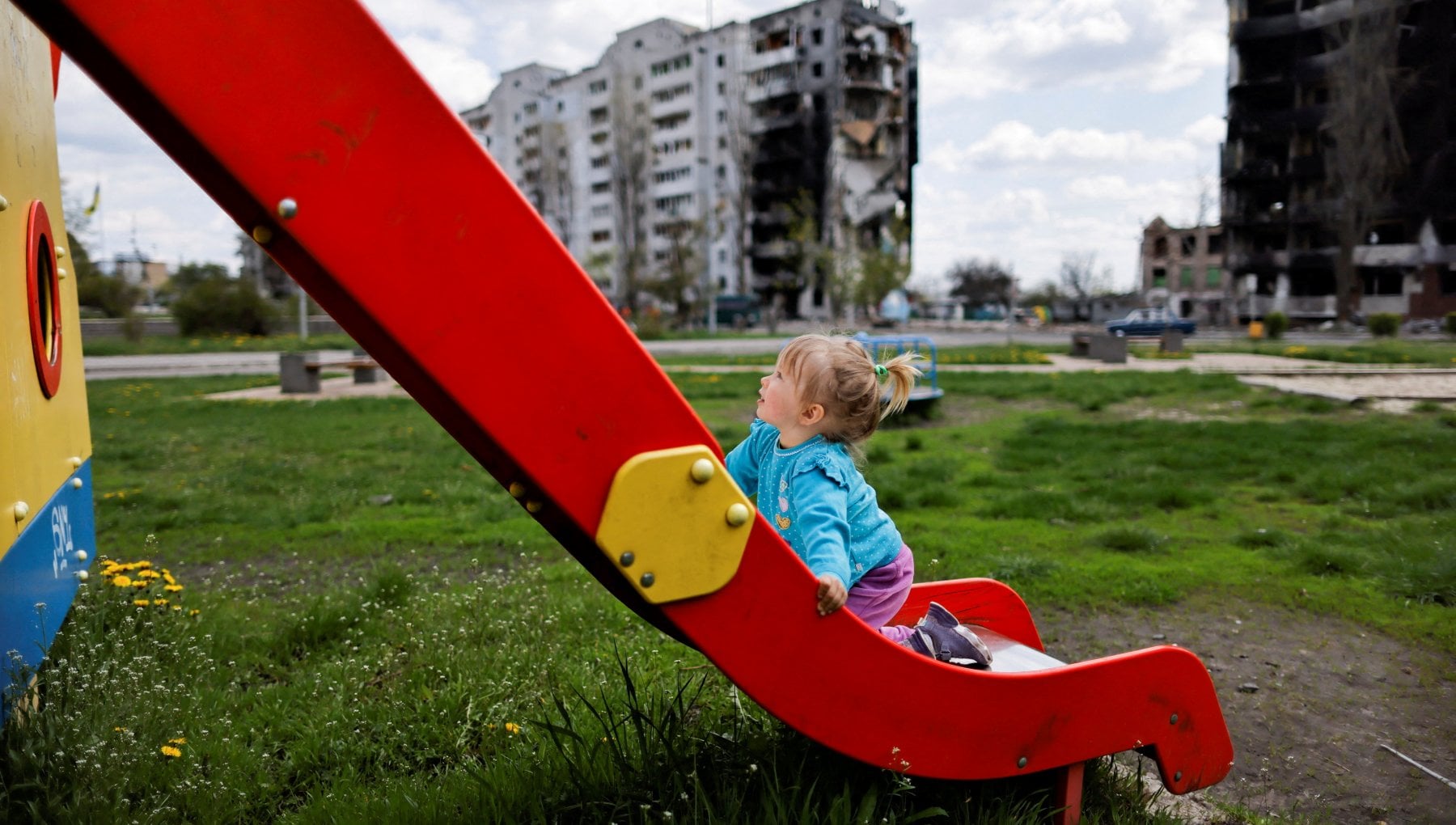 “The world must oppose this vile and dangerous rhetoric and support our Ukrainian partners in the face of the Kremlin’s vicious attack.” It was written by US Secretary of State Anthony Blinken on Twitter. Meanwhile, the European Union is working on the sixth package of sanctions against Russia, which provides for a phased embargo on oil and the withdrawal of “other banks” from the SWIFT transaction system. Meanwhile, there was a new attack on the Azovstal plant in Mariupol, where a massive fire broke out. And the victims responded in Odessa: a church was also hit, and a 15-year-old boy was killed. Cluster bombs in Mykolaiv, as reported by the city’s military commander Dmitry Pletnchuk. The United Nations estimated 3,000 casualties since the beginning of the conflict, while the first 100 civilians evacuated from the Mariupol steel plant finally reached the city of Zaporizhia. A new humanitarian corridor will be opened this morning to save more people

04.50 EU and other Russian banks will leave Swift

The sixth EU sanctions package against Russia will include the withdrawal of “other banks” from the SWIFT transaction system. This was confirmed by the head of European diplomacy Josep Borrell. The diplomat said that these sanctions will affect “the banking sector, there will be other Russian banks leaving Swift”, and “in the energy sector, we are working on preparing proposals that will allow us to limit energy imports from Russia, especially oil.” At a press conference in Panama.

READ  Government towards elections: the latest news after the crisis and Draghi's resignation. directly

03.43 The Pentagon, a Russian super general in Donbass

The Pentagon confirmed that senior Russian general Valery Gerasimov was at the front in the Donbass last week.
“We know he was there for several days last week,” a senior US defense official said, adding that he “could not confirm” the injury of the chief of staff of the Russian forces, as the government announced.

Russian forces in the Donbas region are making “little progress, low morale and still have logistical problems”. This was stated by another Pentagon official, adding that the Ukrainians still controlled Kharkiv. The US official explained that Kyiv’s forces “did an excellent job over the past 24-48 hours and were able to push the Russians to about 40 kilometers east of Kharkiv.” As for Mariupol, the Pentagon found that the city still suffered from Russian forces’ air strikes.

Russia has forgotten all the lessons of World War II. Ukrainian President Volodymyr Zelensky said this in his latest video address, after statements by Russian Foreign Minister Sergei Lavrov that Adolf Hitler had “Jewish blood” and that “the most ardent anti-Semites are usually Jews.”

01.46 Ukraine: The first evacuees from Mariupol arrived in Zaporozhye

International media, citing the Ukrainian Military Police, reported that the first 100 civilians evacuated from the Mariupol steel plant arrived late yesterday evening in the city of Zaporizhia.
“These are mainly women, children and the elderly, who will now be able to obtain medical care, food, medicine and psychological help,” the statement explained.

READ  The war between the Taliban and ISIS in Afghanistan

“The world must oppose this vile and dangerous rhetoric and support our Ukrainian partners in the face of the Kremlin’s vicious attack.” It was written by US Secretary of State Anthony Blinken on Twitter, repeating a tweet from Israeli Foreign Minister Yair Lapid in which he denounced the anti-Semitic statements of Russian Sergei Lavrov.

my friend Tweet embed Put it perfectly. The world must speak out against such vile and dangerous rhetoric and support our Ukrainian partners in the face of the Kremlin’s vicious attack. https://t.co/WtLcfuPVBm

00.50 Kyiv: Thanks to Germany for supporting the Russian oil embargo

“I spoke to my German counterpart Annalina Barbock and thanked her for her decision to support an oil embargo on Russia. Germany plays a crucial role in preparing for this step.” Ukrainian Foreign Minister Dmytro Kuleba wrote on Twitter.

00.36 Zelensky, we do not conduct military operations on Russian soil

He added that “military operations are currently taking place only within the borders of Ukraine and have not extended to Russia, and the Ukrainian army does not carry out military operations on Russian territory.” This was stated by Ukrainian President Volodymyr Zelensky in an interview with Al Arabiya.

British intelligence: “25% of the Russian military is out of order”

By our correspondent Antonello Guerrera

00.03 Ukraine: a new humanitarian corridor from Mariupol in the morning

At 7 am locally, a new humanitarian corridor will open to evacuate civilians from Mariupol.
The City Council presents this on Telegram.

00.02 Kyiv, Hungary informed before the invasion

Hungary had previously informed Russia of its readiness to invade Ukraine. This came in the newspaper “Kyiv Independent”, citing the head of the Security Council of Ukraine Oleksiy Danilov. The Ukrainian newspaper reports that on February 1, Viktor Orban went to Moscow to visit Vladimir Putin.

00.01 Kyiv, a massive fire after the bombing of the new Azovstal

Russian forces carried out a new, intense bombardment of the Azovstal steel plant in Mariupol, where the last defenders of the city were holed up, and the attack caused a massive fire. This was reported to the sources of Okranska Pravda from the Azov Regiment, whose men reportedly “continue to hold positions and respond to attacks.”

Ukraine is ready to accept the neutrality demanded by Moscow only if Russia leaves all occupied territories, including Crimea. This was stated by the President of Ukraine, Volodymyr Zelensky, in an interview with Al Arabiya. “The Russians insist on neutrality and the most important thing for us is the liberation of Donbass and all the temporarily occupied territories, as well as the occupied Crimea,” he said. Then the Ukrainian president emphasized that in order to accept the condition of neutrality required by Moscow, “security guarantees not to be subjected to similar attacks in the future, and other weapons in the event of a war like the current one.” Wanted.