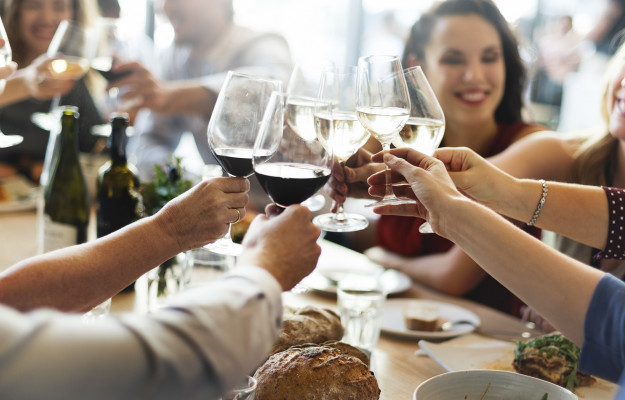 By 2021, 600 million bottles of Italian wine had seized the United States and Canada, valued at $ 2.7 billion and a 17% increase over 2020.. In the same year The two North American countries account for more than $ 9.3 billion in wine imports, almost 1/4 of the global value of wine imports. Italy and France – which dominate the markets – have returned to snacks, especially thanks to Prosecco’s “revenge spending,” which is now worth 1/4 of US tricolor demand. And accounts for approximately 25% of the domestic consumption of bubbles. Shining Yes, But the Great Still Reds are in a very favorable environment for the two oncological powers in North America, especially the Bordeaux, Burgundy, Tuscan and Piedmontese reds.. So, is gold shining in the area most desired by Italian manufacturers? According to Uiv-Vinitaly Laboratory’s “Way to North America” ​​analysis presented today at “Vinitaly 2022”.
According to Carlo Flamini, head of the lab, the stone guest is in a corner and is mainly concerned with the population issue, which risks deepening the consumption history sequence in the United States, the world’s first market.. According to Wine Intelligence / Iwsr, which has collaborated on the analysis over the past three years, The United States has lost 12 million regular wine consumers (from 84 to 72 million in 2021), and in the current scenario almost half of all wine lovers are in the older segment – Baby Boomers (over 57 years) – but that number is 31. % Of the American population. Drop the wine glassOften in favor of other drinks such as Heart Selcher, “ready to drink” or tequila, They are too young for the bleeding of 11 million consumers (between the ages of 21 and 41). To date, the bracket between Gen Z and Millennials represents almost half of the population, while the value of regular drinkers is only 28%.
A “betrayal” of the new generation will become even more apparent in the years to come. In addition, the states are at risk of losing some of the foundations of Italian wine. Along with demographic factors, race plays an unexpected “minus” role in consumption.: If the elderly are dominated by whites and the population is small, the weights are rearranged, especially in favor of the Hispanics, now widespread in states such as Texas and California bordering Mexico. “Classic” Italian wines, still whites, like the generation markers of the Baby Boomers, saw their consumption concentrated on the East Coast, where it was no coincidence that whites dominated. However, in the West, the consumption of Italian wines is more diverse: more prosecco, brighter reds, roses, less white wines.
Giovanni Mandovani, General Manager, Veronafiere, commented: “The success of a market like the North American market shows that immaturity should never be taken for granted.. Italian wine, but must invest in new products, in direct marketing activities on consumers, as well as intensify business with market operators. Vinitali can be a tool that serves a dual purpose: on the one hand to integrate the professional demand towards premium products and on the other hand to work to renew the product’s relevance with the consumer goal. Pavlo Castelletti, Secretary-General of the Uiv (Unione Italiana Vini):; If we exclude the other two key players in the market like the New Zealand whites and the French roses, the efficiency will drop to + 0.7%. This, as a result of the reaction on Govt.

READ  Now you can buy the car with QR code