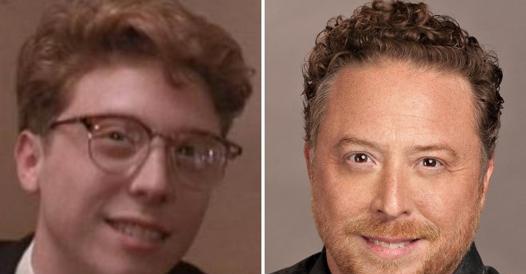 On June 2, 1989, Peter Weir’s film Latimo Fugente with the extraordinary Robin Williams hits American cinemas (in Italy Uno at 21.20). The actor plays Professor John Keating, a literature teacher who, in 1959, arrives at the strict, compliant Welton Boarding School for Boys in Vermont. Keating is a fan of Walt Whitman, conducts lessons in fiery poetry and invites his young students to freely express their creativity and aspirations. The boys are fascinated by his teachings and rediscover the secret “Extinct Poets Sect” (the original title of the film, “Society of Murdered Poets”). The professor’s methods soon come into conflict with the strict rules of the college and after the tragic suicide of one of the Keating boys. But before leaving, he will receive a touching greeting from the students. The film is a hymn to rebellion and free thought and promotes the memorizing power of poetry. The film conquered critics and audiences: it cost $ 16 million, grossed 235 at the box office and quickly became a cult. But with the Oscars, things are not going well: out of the four nominations received. Only Tom Shulman’s Oscar for Best Original Screenplay. Memorable are the scene in which the professor calls on the students to “seize the moment” and the final sequence in which the students climb into the desks and greet Keating by uttering Whitman’s verse “Oh, Captain! My Captain!”. 30 years after the movie, here’s what happened to the heroes.