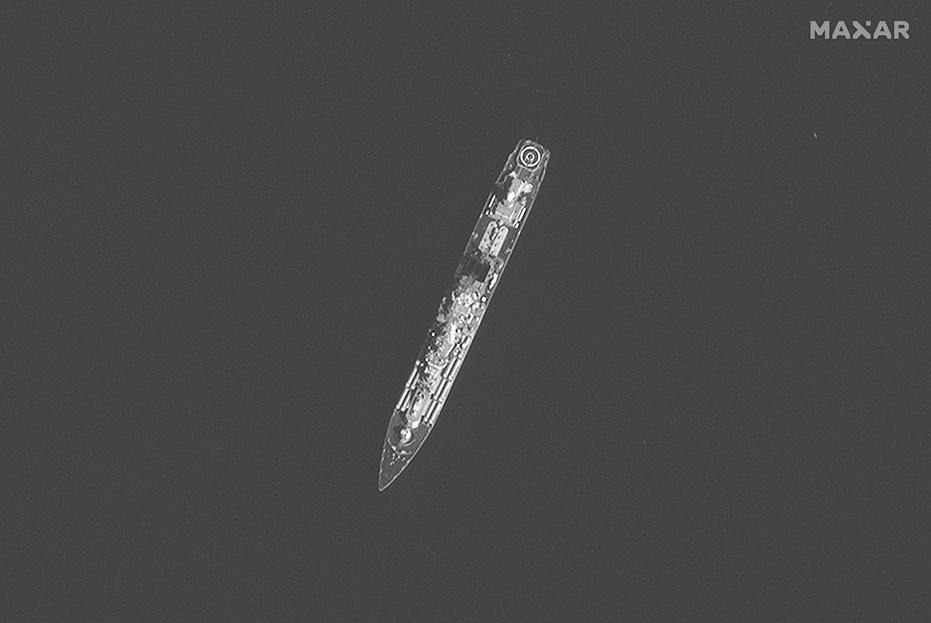 This April 10 satellite image shows the ship Moskva in the Black Sea northwest of Sevastopol, Crimea – Maxar Technologies / via Reuters

In the The fiftieth day since the Russian invasion of UkraineKyiv says Russian forces continue to launch missile and bomb attacks on military and civilian infrastructure in the Kharkiv, Donetsk and Zaporizhzhya regions. In Slobozansky, in northeastern Ukraine, Russian forces are conducting reconnaissance of possible attack sites. They continued to partially close the city and the Kharkiv region. In Donetsk, eastern Ukraine, Russian forces continue their attacks in the Slavyansk, Popasna and Kurakhovo provinces.

For their part, the Russians accuse the Ukrainian armed forces of encroaching and attacking two Russian villages in the Belgorod and Bryansk regions on the border with Ukraine. In the first case, there will be no civilian casualties, while in the second there are several wounded. Russian judges denounced that “two armed helicopters of the Armed Forces of Ukraine illegally entered Russian airspace,” noting that judicial proceedings had begun. To protect the two centers, Cossacks and volunteers of the People’s Guard were called up

While A Russian warship in the Black Sea was “severely damaged” in an explosion and sank during towing operations. This is a missile cruiser Moskva (Moscow), the flagship of the Moscow fleet in those waters. However, conflicting reconstructions appear on the causes: for Kyiv, the ship was hit by Ukrainian missiles, while the Russian Ministry of Defense is talking about a fire that detonated the ammunition on board.

“Neptune missiles protecting the Black Sea caused serious damage to the Russian ship,” Odessa Governor Maxim Marchenko wrote on Telegram. Odessa is the largest seaport in Ukraine, one of the most important in the Black Sea Basin, and the way out for almost all of its exports. Even the Pentagon is unable, for now, to explain what happened. The Moskva crew was evacuated, and there were no casualties. Then the main ship headed for the port of Sevastopol, in the Crimea in the hands of the Russians, perhaps in an attempt to repair it, but late in the evening, the Russian spokesmen said: Exciting news that the ship sank while towing.

The loss of Moskva to the Russian fleet – an event with a strong symbolic effect on the morale of fighters on both fronts – monopolized attention and unleashed fears of reprisals in Odessa, where some explosions were heard, even if the operational command of southern Ukraine asserts that “at the moment there is no danger on the civilian population.

also from Mixed Mariupol news arrives. Russia declared that it had full control of the port city of the port, they said, “after they were completely liberated from the Ukrainian battalion, and they are surrounded.” For its part, Kyiv denies this account and speaks of very few soldiers who would have surrendered. The adviser to the chief of staff of the Ukrainian President, Oleksiy Aristovich, announced that the Ukrainian soldiers of the 36th Brigade were captured by the Russian army, “but it is not a thousand, not to mention – he said, referring to Moscow’s announcement on Wednesday and according to which 1026 Ukrainian soldiers surrendered yesterday -. Lie.” For Mayor of Mariupol, Vadim BoychenkoThe Ukrainians continue to defend the city from the Azov battalion and naval units.

What is certain is that The humanitarian situation in Mariupol is on the brink. from the besieged cityMore than half of the remaining residents are still trying to escape. At least 100,000 people are trapped, according to local authorities, with poor prospects for evacuation, given that humanitarian corridors continue to be effectively closed, if not for a few initiatives by private means. However, Ukraine once again announced the resumption of civilian evacuations through nine humanitarian corridors, including from MariupolThe city besieged by the Russian army, in the southeast of the country, a day after it was suspended due to ceasefire violations reported by Kyiv. “Today, nine humanitarian corridors are planned“Ukrainian Deputy Prime Minister Irina Vereshchuk clarified on Telegram. In the next few hours we will see if they will be banned for violating the ceasefire.

READ  'So Big Pharma Can Break Up the World', The Most Extreme Conspiracy Theorist - Libero Quotidiano

UN Secretary-General António Guterres explained how “at the moment there is no possibility of a global ceasefire”, nor of a local truce to keep civilians away and bring aid to safety. A small hope can be raised by Turkey, the main mediator between Russia and Ukraine, which has announced that it is ready to provide “ships to evacuate people from Mariupol and are waiting.” positive response.” 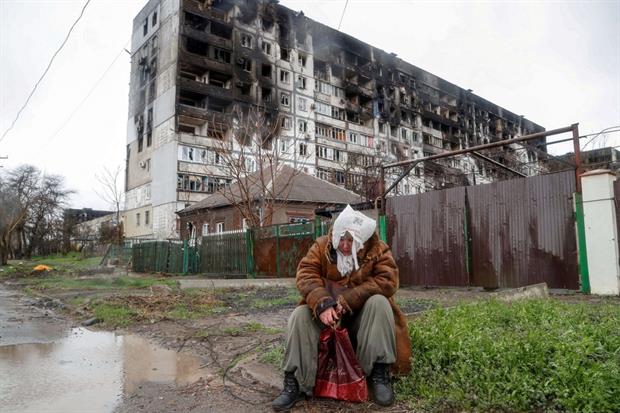 Although Russia has repeatedly denied targeting civilians, more than 765 civilian bodies have been found in areas liberated by the Kremlin’s army since early April. According to the Ukrainian authorities, among them there are also 30 children, in the Kyiv region Since the beginning of April: Deputy Chief of the Regional Prosecutor Ole Tkalenko said, according to reports from guardian. “This is just the beginning,” said Tkalenko. “We have just started working in bigger cities like Borodianka, Hostomil, Irben and Bucha.” Several mass graves have been discovered since the Ukrainian authorities regained control of areas in the Kyiv region that were under Russian occupation.

mayor SERNAHIVE He said he counted 700 dead, 70 unidentified and 50 missing. 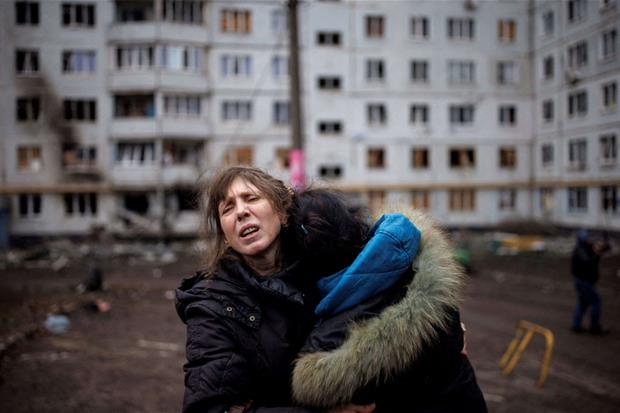 Russian warning: “We will take measures in the Baltic Sea”

Russia threatens to strengthen the border if Finland and Sweden join NATO. In particular, he knew Dmitry Medvedev, Deputy Chairman of the Russian Security CouncilQuoted from the Russian Agency tax: He noted that “Russia will strengthen its western borders. If Sweden and Finland join NATO, the length of the land borders of the alliance with Russia will more than double. Of course, it will be necessary to strengthen these borders.”

READ  Ukraine, USA: The Russians are close to a second nuclear power plant. Mariupol is under siege. The truce for humanitarian corridors - world

What will happen when Sweden and Finland join NATO?

There are about 400 priests of the Ukrainian Church under the authority of the Moscow Patriarchate who filed a collective appeal to the Council of Heads of the Ancient Eastern Churches (the highest “court” of world Orthodoxy) against the Moscow Patriarch Kirill, against whom they sued. This is what The Orthodox Times wrote. The 400 priests filed a complaint claiming that Kirill preaches a “Russian world” doctrine that deviates from orthodox teachings and should be condemned as heresy. They also noted that Patriarch Kirill committed moral crimes, blessing the war against Ukraine and fully supporting the aggressive actions of Russian forces on Ukrainian territory.