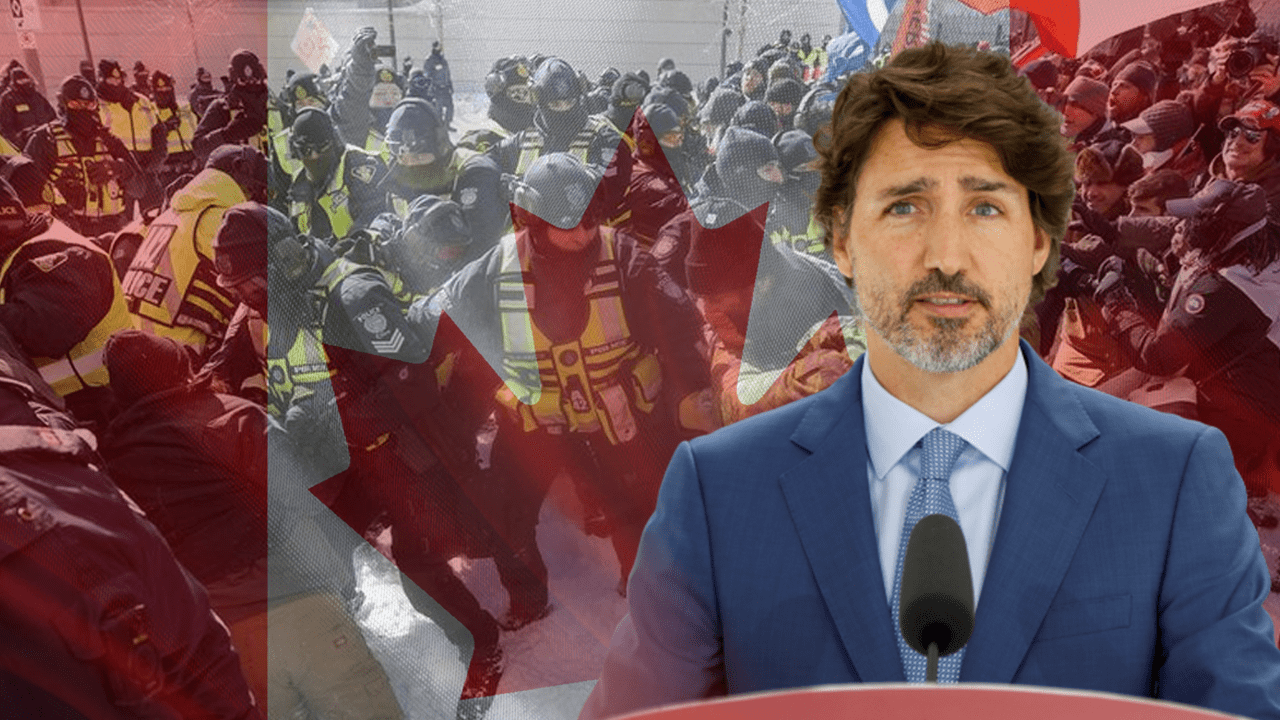 I will come back once again to take note of what is going on Canada. As is well known, a genuinely organized protest against techno-sanitary Leviathan was raised in Canada. The Canadian story seems important to me for a number of reasons. First, I will not tire of repeating that the Canadian affair teaches us that power with its increasingly repressive progress will cease to exist in the face of uprisings. It once again underscores the importance of organizing disagreements, thus attempting to prevent the increasingly widespread system of repression that will begin to operate and be used. Second, in recent weeks we have seen a real peak, the level of strength, Oppression And Aggression Power against Canada’s Opponents. It once again reveals how we are in the midst of the dictatorial and repressive restructuring of capitalism.

Rainbow and Fugitive Premiere Trudeau, After fleeing without proper praise, he threatened his people. He threatened his people in various ways. Heavy methods should be used first. Second, the Canadian people are threatened with a vicious threat: if the protests do not stop, insurance processes will be suspended and bank accounts will be frozen. In short, a new form of the most powerful threat will be used. It reveals that new capitalist bank accounts, like Facebook, Twitter and YouTube profiles, will be closed with a single click. The story of these last days is that the struggle in Canada really takes on the sad, radical hue of a real repression in the blood of a struggle.

In global silence, Canada is violently repressed Independent convoy, Truck drivers began the struggle. However, let it be clear that there is no need to compare it with past regimes. Because anyone who commands has guilt.