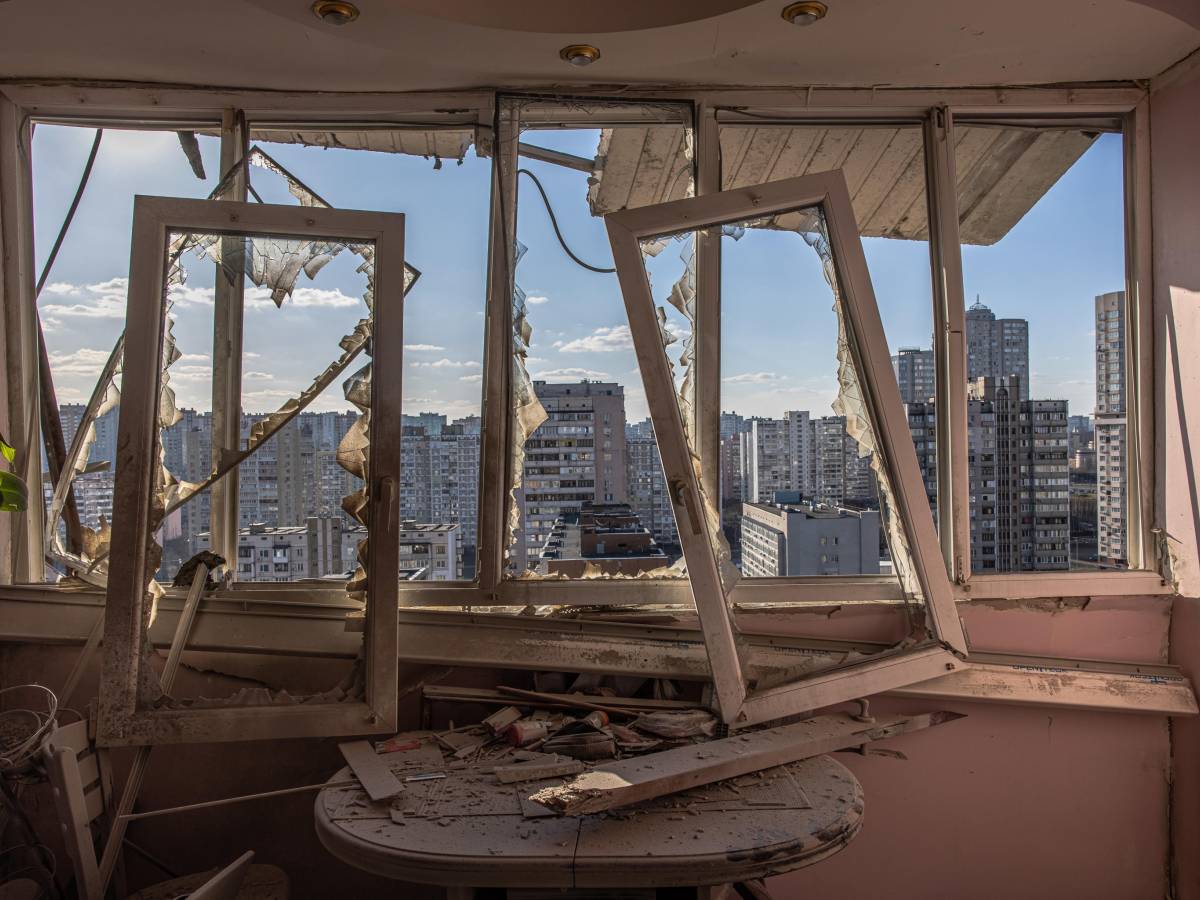 They were photographed in the evening Shelling about Kyiv. The Ukrainian capital is preparing for a new war night, while the war front remained stable north of the center. As well as in other areas of the country where the fighting is taking place. On the political side, the gaps seem to be opening: the Ukrainian government has talked about the possibility of an agreement Within ten days. Ukrainians want to return the bodies of Russian soldiers.

Intense raids in many regions of Ukraine

In addition to the news of the first bombings from the capital this evening, there were reports of raids in the Kharkiv region. The country’s second city has already been under fire from Russian aviation for days, and in the past few hours there have been other explosions in the suburbs and in some nearby villages.

Among these there is also Kozacha Lopan, where the mayor has denounced the use of Cluster bombs At least six civilians were killed. Other bombings were instead reported from Chernihiv, an important city east of Kyiv.

The fighting started here a few days ago, more intense than in the surrounding areas. For the Russians, striking here is important to protect any advance along the eastern side of the capital. Local authorities reported that five people lost their lives in the afternoon due to the bombing. They were all members of a family unit: father, mother and three children.

Sirens are heard in many provinces of Ukraine. While the situation on the ground appeared to be stable even today, with some significant differences, the country now fears a new wave of raids in the following hours of the night.

Meanwhile, Kyiv denounced the kidnapping of another mayor. This is the first citizen of VelikoburlotsThe town was in the hands of Russian soldiers a few days ago. “Today we learned that the Russians arrested the head of the Velykoburlutska community, Viktor Nikolaevich Tereshchenko, who was snatched from his workplace and taken to the local police station. They are holding him and will not release him.” was to announce it Ole SenihopovHead of the regional administration in Kharkiv.

The situation in Mariupol

The most battered context in Ukraine is still Mariupol. The port city has been under siege for days and both Russians and pro-Russians are advancing on Donetsk in some neighborhoods north of the historic centre.

The story of the bombing of the Municipal Theater, where between 500 and a thousand people gathered in the basement to escape the threat of raids, remains the focus of attention. Some Ukrainian lawmakers said shelters were being held and that rescuers had already pulled many survivors from the facility.

but the controversy. Next to the stage there were at least two signs in Russian indicating the presence of children. However, the bombing still happened. The Ukrainians accuse the Russians, but the latter announced yesterday that they had not carried out the raid. From Italy, Culture Minister Dario Franceschini promised that Rome would rebuild the theater. From Kyiv, Ukrainian President Zelensky thanked the representative of the Italian government for his commitment: “Thanks to Dario Franceschini. You set an example. Together we will rebuild the country to the last stone.”

Meanwhile, from Russia they went so far as to say that “there was no Russian bombing in the Mariupol theater, but rather the taking of hostages by Ukrainian nationalists.” This was stated by the Russian ambassador to the United Nations, Vasily Nebenzia, speaking before the United Nations Security Council. According to Nebenzia, the Azov battalion – considered a legitimate target of the Russian forces – took people hostage in the theater of operations, which the diplomat identified as “never a target”. Then the ambassador said that the Ukrainian forces were preparing “a bloody provocationHe accused the Western press of spreading false news about what happened.

Politics in the foreground

Negotiations between the Russians and the Ukrainians continue. Ukraine admitted that there were difficulties, but today some representatives of the Kyiv government spoke of “peace agreements that can be concluded within ten days.” Forecasts, looking closely at the situation on the field, are probably too optimistic. However, there are also connections between other actors. there Turkey He invited Putin and Zelensky to Ankara, and today Erdogan has heard from his colleague, the Russian president. While tomorrow the President of the United States Joe Biden She will listen to her Chinese counterpart Xi Jinping.

Meanwhile, the Secretary of State of the United States Anthony Blinken He spoke again about a possible chemical weapons attack by Russia. “The United States has a strong sense that Russia could launch a false attack — he said — implicating chemical weapons, a ‘fabricated’ event to justify greater use of military force in Ukraine. In my view, diplomacy obviously requires both sides to engage in good faith to reduce I don’t see any indications at this time that Putin is ready to stop.”

Restoration of the corpses of Russian soldiers

Ukraine asked the head of the International Committee of the Red Cross to act as a mediator with Russia to start negotiations on the transfer of The dead bodies of Russian soldiers. This was announced by Deputy Prime Minister and Minister of Reintegration of the Temporarily Occupied Territories in Ukraine Irina Vereshuk. “Ukrainian Prime Minister Denis Shmyal met today with the President of the International Committee of the Red Cross, Peter Maurer. During the meeting, we raised the question of the need to organize the process of collecting and identifying the bodies of the dead Russian soldiers. We drew the attention of the Red Cross to the fact that Russia has not yet requested the return of the bodies and remains of their dead. , whose number long ago exceeded 14,000. Vereshchuk added that Ukraine turned to Maurer, who is visiting Kyiv, in an attempt to Russia “to show respect for its dead soldiers and start negotiations to remove them from the territory of Ukraine.”