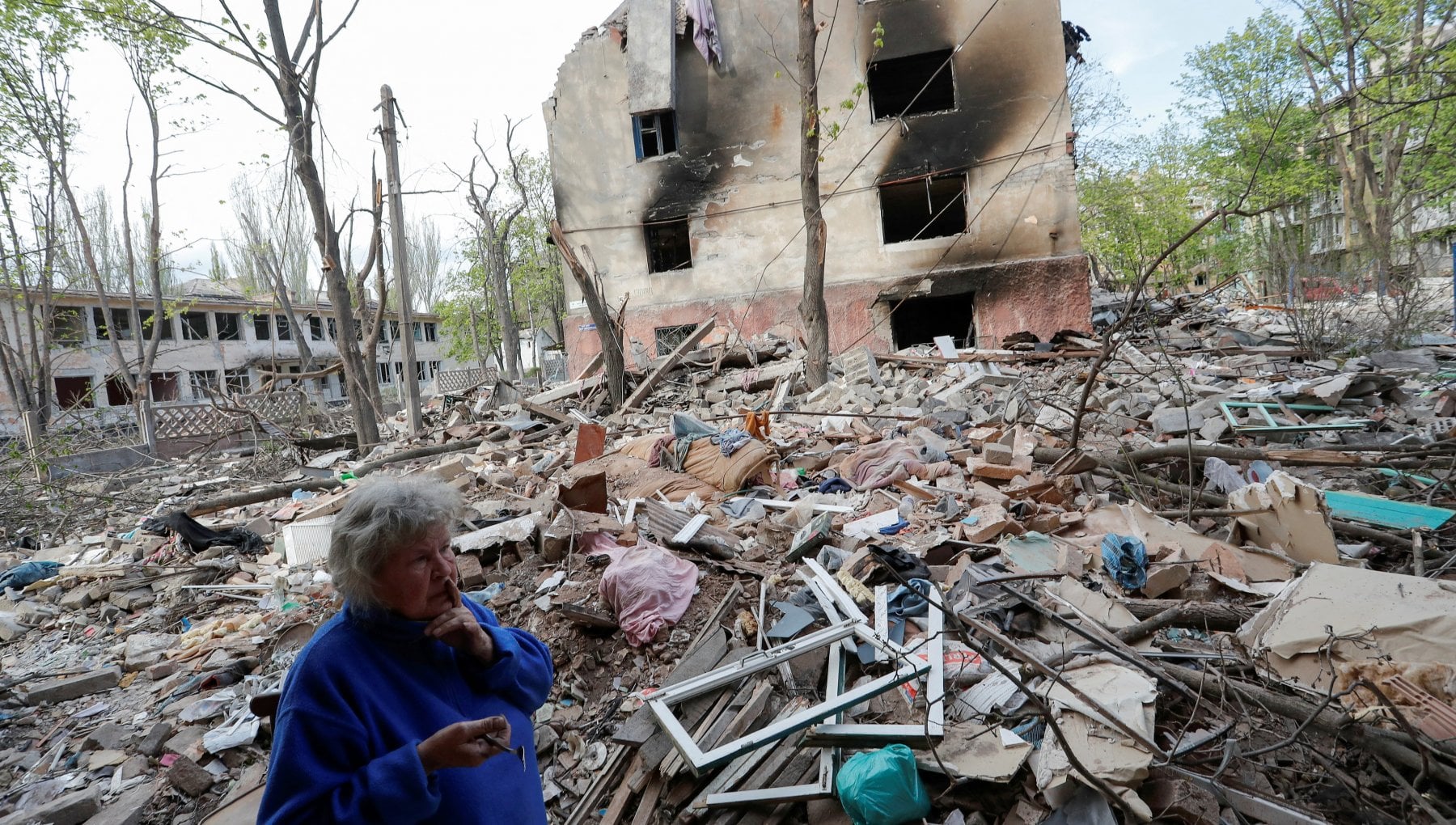 Washington announces sending more weapons to Kyiv within 24 hours and requests that Putin not be invited to the upcoming G-20 summit. Moscow attacks the United States and its allies with “neo-colonial repression” and “impeding” a political solution to the conflict with its support for Ukraine. All this while in Ukraine We keep fighting and dying. The situation is especially dangerous in Mariupol, where soldiers and civilians are fortified at the Azovstal steel plants, and in Donbass. In this context, Ukrainian President Zelensky argues that “the risk of skipping negotiations with Russia is very high.”

04.25 Kyiv: Rejection of the attacks on Donetsk and Lugansk

Rain of fire from the skies of Ukraine: this is how Russian Su-25s fly at a low altitude in Donbass

03.50 Moscow: We will continue to honor contracts

In an interview with Xinhua, Russian Foreign Minister Sergei Lavrov said that Russia intends to continue fairly respecting its obligations under international contracts related to the export of food supplies, fertilizers, energy resources and other products. “Russia, as a responsible player in the world market, intends to continue to fairly fulfill its obligations under international contracts,” he said.

At least six Russian businessmen have died in an apparent suicide in the past three months, some of whom allegedly killed family members before they committed suicide. CNN reported that four of the six deaths were linked to Gazprom or one of its subsidiaries.

03.02 Lavrov: “Military operation against the oppression of the West”

The Russian special military operation in Ukraine contributes to the liberation of the world from the neo-colonial oppression of the West. This was stated by Russian Foreign Minister Lavrov in an interview with China’s Xinhua News Agency taken by TASS.

02.53 Lavrov: More than a million people displaced from Ukraine to Russia

More than a million people have been evacuated from Ukraine to Russia since February 24. Lavrov told Xinhua. The figure includes 120,000 foreigners and evacuees from the Russian-backed separatist regions of Ukraine, Donetsk and Luhansk.

“NATO support for Ukraine impedes reaching a political agreement to end the conflict”. This is what Russian Foreign Minister Lavrov told Xinhua. The head of diplomacy in Moscow reiterated that if the United States and NATO were “really” interested in resolving the Ukrainian crisis, “they should stop sending weapons” to Kyiv. “By publicly expressing their support for the Kyiv regime, NATO countries are doing everything they can to prevent the process from ending with political agreements,” he added.

Russia, rehearsal of the parade on May 9: a parade of military vehicles and heavy weapons in Moscow

In an interview with Xinhua, Lavrov said that the mines planted by the Ukrainian forces are passing through the Black Sea and pose a threat to the navigation infrastructure and ports of the Black Sea countries.

01.40 The mother of the American contractor was killed: “He wanted to do the right thing.”

“He made us proud, he wanted to do the right thing.” This was stated by Rebecca Cabrera, mother of Willie Joseph Kansel, the first American contractor killed in Ukraine. “He made us proud that he did what his heart thought was right. He was a hero, and he was doing the right thing,” Cabrera told CNN, recounting how the boy tried to stay in touch with his family as much as possible.

01.27 Thanks to Zelensky for returning diplomats to Kyiv

The Ukrainian president thanked the countries that resumed diplomatic work in Kyiv. “The UK Ambassador to Ukraine Melinda Simmons has returned to Kyiv today,” Zelensky said in his evening speech. “27 foreign diplomatic missions are currently operating in the capital. This is a very important gesture of support for Ukraine, for which we are all grateful,” he added. “Such gestures, along with strong defensive, financial and political support from the free world, mean that the need to end the war is becoming increasingly evident for Russia. The defeat of the occupiers does not change,” he said.

The meeting will take place today between French President Emmanuel Macron and Ukrainian President Volodymyr Zelensky, tentatively scheduled for Friday. This was stated by the French TV presenter BFMTv, citing a source in the Elysee.

00.05 The anti-aircraft warning system has been discontinued in Kyiv

The anti-aircraft siren alarm has stopped in Kyiv and in many other Ukrainian cities. “In some regions, the alarm has passed. Including in Kyiv and Lviv,” wrote Yulia Mendel, a former spokesman for Ukrainian President Volodymyr Zelensky, who reported that sirens were sounding in the capital. “We are waiting to see if our defense has dealt with all the threats,” Mendel added.