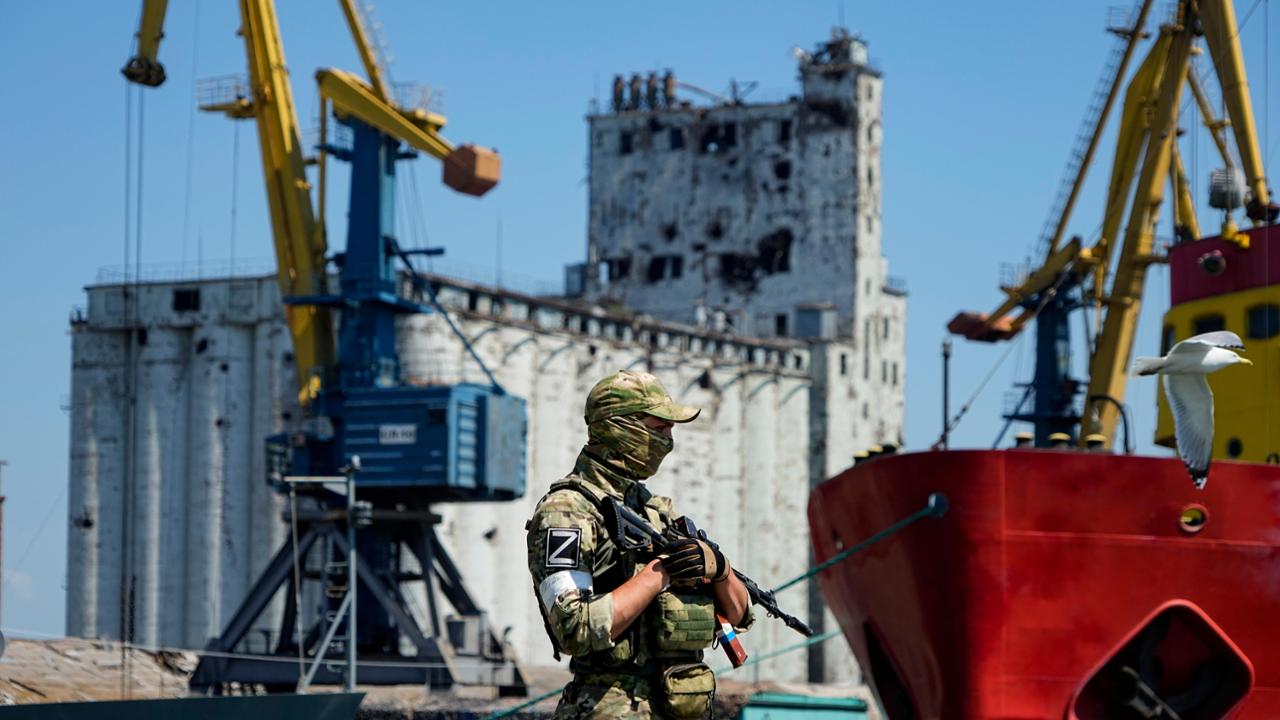 On the 176th day of the war in Ukraine, China and Russia are intensifying their cooperation, including military cooperation. Beijing announced sending troops to eastern Russia later this month for a round of joint exercises with Moscow and other countries including India, Belarus and Tajikistan, the first of its kind since 2018. The Ministry of Defense in Beijing confirmed that the Chinese presence “has nothing to do with the situation.” The current international and regional” and thanked Putin for his “steadfast and resolute support for Taiwan.” Indeed, the Kremlin leader described US House Speaker Nancy Pelosi’s visit to the island as a “well-planned provocation.”
Meanwhile, according to a British intelligence daily report, after the recent bombings at Russian air bases in Crimea, “Russian leaders are increasingly concerned about the deterioration of security” on the peninsula unilaterally annexed in 2014. Kyiv’s specific goal is ” Creating chaos” “and destabilizing the Russians in the occupied territories, explained Zelensky’s right-hand man. But eyes are still turning towards the Zaporizhzhya nuclear power plant, occupied by Russian forces: NATO Secretary-General Jens Stoltenberg demanded an “urgent” inspection of the plant by the IAEA .

Date – Yellow on the death of the anti-Putin businessman who criticized the war
background – Translated with pictures on social media: This is how the Tsar’s soldiers die
How to donate – Times Foundation Mirror

Updates hour by hour
00.51 – Russian raid on Kharkiv rose to 7, dormitory hit
The death toll from the Russian raid on the city of Kharkiv rose to 7 dead and 13 wounded. Unite reports. According to Natalia Popova, adviser to the head of the Kharkiv Regional Council, a dormitory where there were also hearing-impaired people was targeted, and she stressed that “they may not have heard the alarm.”

00.06 – Moscow: Aiea cannot visit Zaporizhzhia if Kyiv does not stop the raids
The IAEA delegation cannot visit the Zaporizhzhya nuclear power plant “until the Ukrainian side stops bombing the plant.” This was stated by Deputy Director of the Department of Non-Proliferation and Arms Control of the Ministry of Foreign Affairs Igor Vishnevitsky. RIA Novosti reports. “It is necessary to stop the bombing by the Ukrainian side – he explained – no delegation can reach there if the bombing continues, this is dangerous,” he added.

23.03 – Moscow: Kyiv, with its bombs on Zaporizhia, violates international treaties
By bombing the Zaporizhzhya nuclear power plant, Kyiv forces violate the basic principles of international treaties. This was said by Igor Vishnevitsky, Deputy Director of the Department of Non-Proliferation and Arms Control of the Russian Foreign Ministry. TASS reports. You can’t shoot nuclear plants, and you can’t expose nuclear plants to artillery. He said that it is very dangerous – he said – that the Ukrainian side is well aware of this, but is nevertheless involved in this, in nuclear terrorism, and it is very worrying that it receives support, “noting that all this” could end in disaster. “.

Ukraine and Russia, what happened on August 17