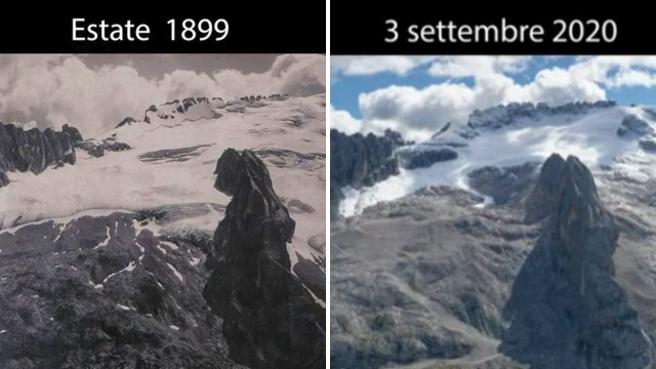 The Photographic and Scientific Project, created and designed by photographer Fabiano Ventura, opens the 17th edition of the Sole Luna doc Film Festival in Palermo

The video dates from 2020 and is part of Mission #6 on the Alps for “On the Glacier Trail,” a photographic and science project, created and created by photographer Fabiano Ventura to document and show the horrific effects. from climate change. In the video, Ventura talks about the Marmolada River and the melting of its glaciers. The project opened a few days ago the seventeenth edition of the Sole Luna doc Film Festival, an international documentary review taking place in Palermo, with a video installation compiling a selection of photos and videos of the last two missions undertaken by Ventura and his colleagues. Team: In the Alps (2020) and in the Himalayas (2018).
The documentary was also shown to the public during the opening night “On the glacier trail. Mission in the Caucasus » by Marco Peretti (Italy, 2012), filmed within the same project (www.sulletraccedeighiacciai.com). In collaboration with Enel Green Power, the main sponsor of the festival, a video installation will be available until 15 July, as a contribution from Sole Luna to the Festino side events calendar dedicated to patron Saint Rosalia. Sole Luna Doc Film Festival Founder and President, Lucia Gotti Venturato says, “Climate change must be considered the epidemic of our century – which is why we decided several months ago to open this Ventura project and direct the selection of films on the topic of environmental emergency.” Il Sole Luna doc Film Festival with screenings in The open air of the huge Steri complex, the seat of the university administration, will close on July 10: 50 documentaries are scheduled, including 18 in competition. Around www.solelunadoc.org

READ  The Watcher, the new horror series on Netflix, is causing unpleasant consequences for its viewers