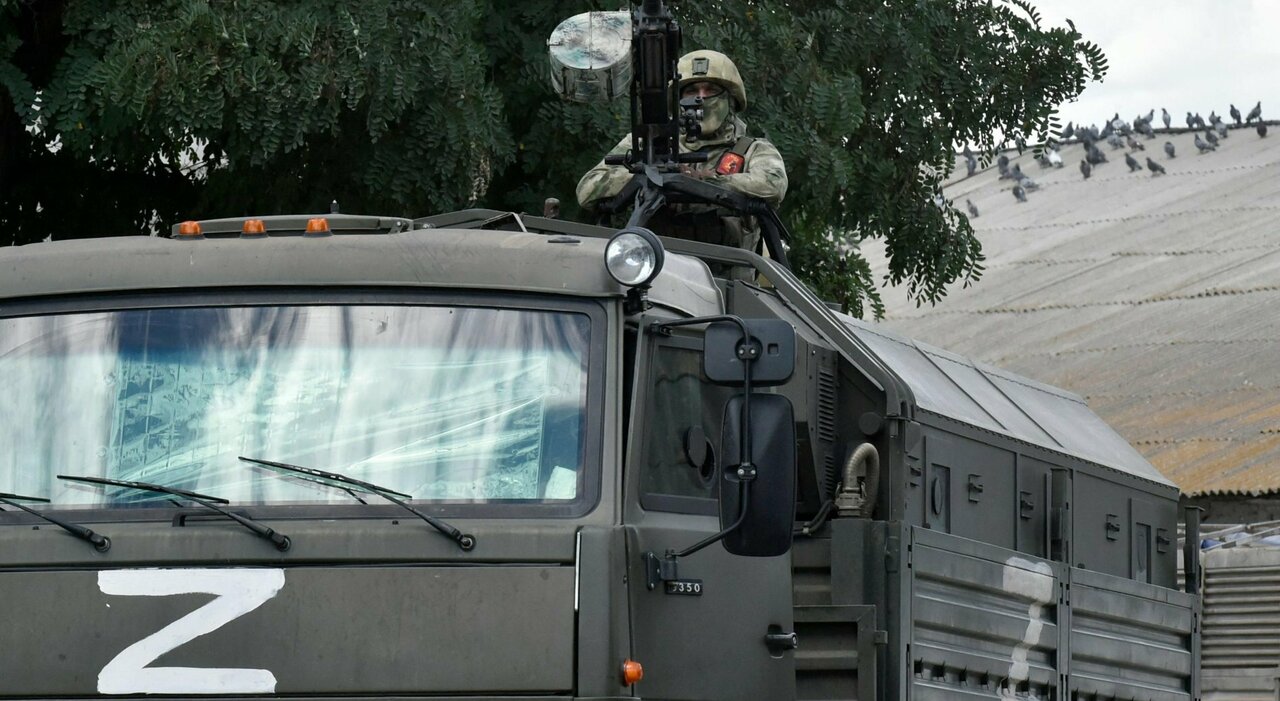 The ground offensive of the Russians after the occupation of Lysichansk began with the “Battle of the Highway”, and in the next few hours an increase in attacks on villages along the T1302 leading to Bakhmut was announced. Until yesterday, the ‘operational break’ commanded by put it in To make the forces exhausted by the conflict catch their breath, he preferred to slow down the advances and attacks. But it was a pause in the manner of speaking, because Russian missiles continued to rain from the sky, from the sea and from the ground not only on military targets: at least 54 civilian targets were counted by the Ukrainian police in an area Donetsk within 24 hours. Firestorm over 12 settlements, from Kramatorsk to Pakhmot and Sloviansk, with unguided missiles, R-77 missiles, S-300 systems and Tornado-S, Uragan, Grad and Smerch multiple launchers. On display are 36 homes, a school, a playground, a market, a water tower, two fields, several power lines and a chemical plant in Avdiivka and Kramatorsk Central Square.

In the next two days, there will be a more consistent resumption of Moscow’s invasion of all of Donetsk, the Institute for the Study of War in Washington explains. Russian Defense Minister Shoigu himself declared that he had ordered new operations of military units “in all areas of operation to exclude the possibility – in his words – that the Kyiv regime would launch massive missile and artillery attacks against civilian infrastructure and the population. Settlements in Donbass and other regions. One way to justify the resumption of the campaign.” “Since July 15, the Russians have likely re-emerged from the operational hiatus and carried out a series of limited ground offensives—as ISW states—Northwest of Sloviansk, southeast of Bakhmut and southwest of Donetsk.” But even if they weren’t very successful until Now, the “operational pause” behind us indicates that “in the next 72 hours there will be an extension of the attacks,” although ten days of rest were not enough to reconstitute sufficient impact force. Northeast Bakhmut, in particular, the Russians are trying He took control of the highway from Lysychansk to Bakhmut.And again bombed all over Ukraine.

And the sirens were heard in the morning in Kyiv. In Dnipro, a factory of components for Tochka-U missiles was destroyed. Missiles over Odessa from a Tupolev 95 strategic launcher in Russian territory ignited a massive fire in one of the warehouses. The Kharkiv region was killed or wounded. Other victims in Nikopol, were hit by 53 Grad rockets. Just to bomb Dnipro, the head of the regional council wrote on Telegram, the Russians launched six Kh-101 precision missiles worth $13 million each, for a total of $78 million. Some attacks will start from the Zaporizhzhia nuclear power plant. But the Ukrainians, for their part, receive (and use) several highly mobile Hemar launchers, the Americans, with which they would have killed three colonels of the 106th Airborne Division in recent days, as well as destroying several ammunition depots. Shoigu refers to this when he says that “kidney strikes” should be avoided in Ukraine.

Russian military bloggers continue to criticize the generals about how they handle the Hemars and other Western weapons. The problem is the slowness with which systems are identified and then multiplied. Igor Girkin argues that the military is not doing enough to cut the lines of communication on which new weapons arrive. Rebar, who is very popular, notes that while Russian forces in Syria have managed to cut the identification time and those of attacking and destroying with Iranian drones to just 40 minutes, the quagmire in the Ukrainian campaign is bureaucratic. Leadership will be over-centralized and the number of delegations required will be excessive. The White House denounced Russia’s purchase of Iranian drones, twice already in Iran for witnessing a demonstration for the sale of drones on June 8 and July 15, at Iran’s Kashan airport.