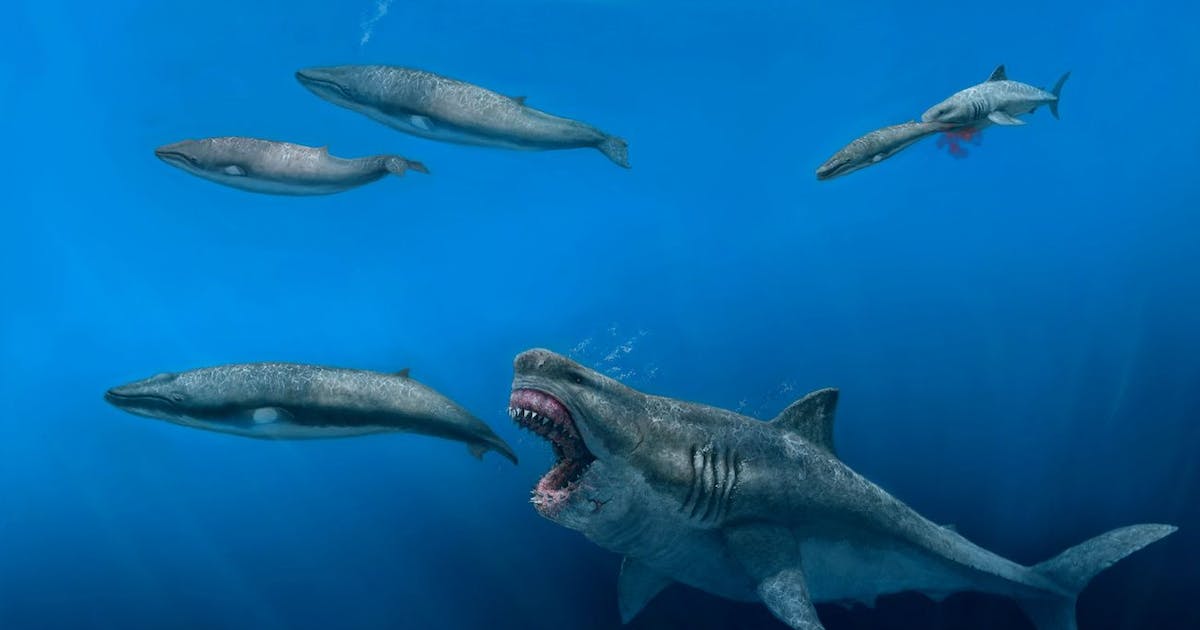 Megalodon, the largest shark in history, has hardly any fossils left as evidence of its enormous size. However, international researchers have reconstructed a 3D computer model of a 16-meter-long specimen that died 18 million years ago.

The University of Zurich, which participated in the project, said, on Wednesday, that the megalodon weighs more than 61 tons and can move at a speed of 1.4 meters per second. Its stomach volume may have reached almost 10,000 liters and the daily caloric requirement of the “beast” exceeded 98,000 calories.

This shark probably feeds on whale fat. It can swallow prey up to 8 meters long, the size of an orca. After this meal, megalodon can travel the seas without feeding for two months.

He points out that their demise affected the global food chain and reduced the competitive pressure on large whales Catalina Pimento, professor at the University of Zurich, citing the press release. These conclusions are based on a 3D model of a dead megalodon off the coast of present-day Belgium, of which part of the spine has been preserved.

READ  The unstoppable Heinz Beck, a chef with a thousand faces between creativity and science

Swiss, British, American, Australian and South African researchers have reconstructed the entire spine. They added a 3D scan of a megalodon jaw from the United States. Other 3D scans have allowed them to reconstruct the flesh around the skeleton of this prehistoric animal.