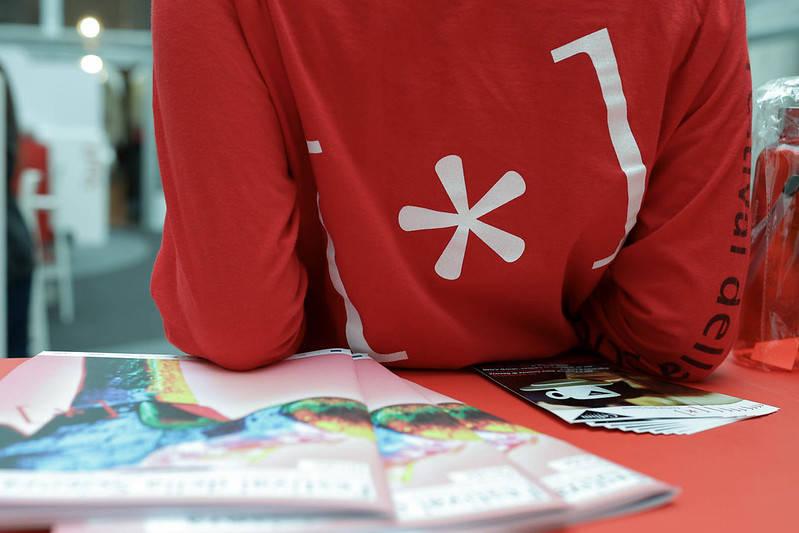 Genoa – Nearly 300 events in 13 days, spread across 40 locations, with 400 guests and over 500 young people participating among the animators and students in the school work rotation. These are some of the numbers for the 20th edition of the Genoa Science Festival, the leading international event among the activities of dissemination of scientific culture, which this year revolves around the keyword Languages ​​and which is scheduled to run from Thursday 20 October to Tuesday 1 November. . Online ticket sales are active on the Festival della Scienza website (www.festivalscienza.it) and the call center for school information and reservations (0108934340).

“The twentieth edition of the Science Festival – says President Marco Pallavicini – wants to be a wonderful return to renewed normalcy. This year we want to bring thirteen days of great celebration to Genoa, through a program of pre-pandemic proportions with conferences, workshops, exhibitions, performances and special events dedicated to visitors of all ages and levels of knowledge, to inform the science. Reliable, innovative and attractive way.” A little less than a month after the start of the event, with the program not yet revealed, more than 1,200 Early Bird subscriptions have already been sold. “Demonstrating passion and confidence towards the festival – adds Pallavicini – which also confirms the audience’s desire to Going back to experience an event like ours.”

Fulvia Mangeli, Festival Director, adds: “We are nearing completion and working on the final details. The programme, which is still in progress, is already available on the website www.festivalscienza.it. Schools have already started booking their festival visits by calling our call center. In these early days we were “break-in” and sometimes teachers found the lines busy. We ask everyone a little patience: the festival is really big this year, and there will be space for everyone, with events able to satisfy all tastes.”

At the opening, and for the first time as a hero rather than as a host on the festival stage, festival president Marco Pallavicini, experimental physicist and vice president of the National Institute of Nuclear Physics accompanied by jazz musician Danilo Ria narrates the path that changed physics, moving it from Galileo’s classic vision to the counterintuitive view of mechanics Quantum.

The festival’s guest of honor is the Ukrainian mathematician Marina Vyazovska, the new winner of the 2022 Fields Medal, an award reserved for people under the forties and considered the “Nobel Prize in Mathematics”, the second woman in history to receive this award. Speaking of Nobel, Michel Mayor (the 2019 Nobel Prize in Physics for discovering the first exoplanet) intervenes in connection with Geneva in an international commission in which a journey between science, art and philosophy takes place from the depths of the world. Underground universe from the Large Hadron Collider. On the other hand, Comron Vava, a naturalized Iranian-American theoretical physicist, received the Dirac Prize in 2008 and one of the leading experts in the world of string theory, who spoke at the festival about puzzles to decipher the world, and Maria Elena Botazzi, a co-present Honduran microbiologist Naturalized of American descent, he participated in the audience. for the Nobel Peace Prize.

Languages ​​is this year’s keyword, and it has been explored from many perspectives and disciplines by the Science Festival champions. Language as a Distinctive Component of Human Beings: It’s Andrea Moro, a neuroscientist and linguist, along with Luciano Fadega, a neurophysiologist who studies human behavior, and Stefano Capa, a neurologist expert in language disorders, to explore the fascinating topic of the relationship between the structure of human languages ​​and the brain. Instead, it was the turn of sociolinguist Vera Gino and Claudia Bianchi, philosopher of language and, like Gino, author of highly successful essays, to describe the relationship between language and words and gender inclusion.

Language reflects social, civic and cultural changes through its transformations: Valeria della Valle, linguist, and co-director of the new edition of Vocabolario Treccani, the first Italian vocabulary not to introduce sounds preferring the male gender, and Massimo Bray, director general of the Instituto Italiano Encyclopaedia. On the other hand, body language between real and virtual awareness and body awareness is discussed in a meeting coordinated by neuroscientist Salvatore Maria Agliotti.

But are there non-human languages? Yes, sure: Narrated by Enrico Aliva, a behavioral scientist who leads with psychobiologist Daniela Santucci on a journey to discover animal communicative models. Nature also has its own alphabet and science provides the basic tools for understanding it: this is explained by Roberto Battiston, experimental physicist and one of the world’s leading experts in the field of cosmic rays.

Science has always used multiple languages: starting with mathematics, but also from computer science and chemistry. New languages ​​are emerging, to make the dialogue between men and machines, with increased attention to the ethical aspects associated with these new technologies. Among other things, he is dealt with by three scientists: Malvina Nissim, an international expert in computational linguistics, Elena Esposito, a sociologist, and Paola Inverardi, an internationally known computer scientist specializing in software engineering. Computational chemistry, thanks to the advancement of the computational capabilities of modern supercomputers, is opening the door to a real revolution in the life sciences: it deepens the impact that William Jorgensen, one of the pioneers of use, will soon have in pharmaceutical research on computational chemistry for the design of new drugs and Marco De Vivo, group leader Research dedicated to the discovery of new drugs on a molecular basis.

Science deals with languages, and other languages he needs progress is said. Finding it and making it accessible to all, was the mission of Ariane Kwik, Fellow of the Bogliasco Foundation internationally recognized for her interdisciplinary work between art, science and technology, and Foundation for the Art and Science Project at CERN in Geneva, who talks about his experience and his vision for the future. Literature can also be an unusual way to communicate science, says particle physicist Dario Minase, who on this occasion guides the audience through the story of physics.

As always, the space for topics related to exploring the universe is very large. In early May, the discovery of Sagittarius A, the “superstar” of black holes, excited physics enthusiasts from all over the world. At the Science Festival, Maria Felicia De Laurentiis, the astrophysicist in Naples who first photographed the M87 black hole in 2019, and Ciriaco Gaudi, project scientist at the BlackHoleCam project, both members of the international collaboration Event Horizon Telescope, spoke about it. From ground-based to space-based telescopes: In July, the first extraordinary images arrived from the James Webb Telescope, the world’s leading science observatory in space. To elaborate, Giovanna Giardino, Estec researcher, the European Space Agency’s science and technology center, and astrophysicist Adriano Fontana. Exploring deep space not only in pictures but also with sound: with the voices of computer musician Massimo Magrini (aka Bad Sector), blind astrophysicist Wanda Diaz Merced, along with Stavros Katsanivas, director of the European Gravitational Observatory, talking about it and to Marica Branchesi, an astrophysicist with the Ligo/Virgo collaboration to detect gravitational waves.

Online ticket sale is open (full ticket 13€, reduced ticket for over 65 and disabled people 11€, very discounted for students and teenagers up to 18 years old 9€, free for children from 0-5 years and accompanying person with a disabled person) and standard (21€ full , €18 reduced, €12 reduced) and premium (€30) for subscriptions cienza.it . festivals.

School groups can also book visits to the Science Festival through the call center at 010 8934340. For classes, reservations are required for all events. Each school group is entitled to a maximum of three free reservations per day. A classroom ticket costs €9 per student and is valid for the duration of the Science Festival. The accompanying teacher’s subscription is free. The School Ticket and Teacher Card also allow for individual use of the entire festival programme, from October 20 to November 1. The working hours of the call center are: until October 19 from Monday to Friday 08.30 – 17.00; From October 20 to November 1, Monday to Friday 08.30 – 19.00; Saturdays and holidays 09.30 – 19. All festival subscriptions also include a subscription to the platform www.festivalscienza.onlineWhere some of the events of these and previous versions are displayed for a year. More information about tickets at www.festivalscienza.it/site/home/info-utili.html