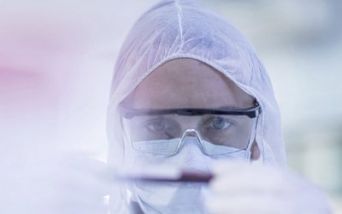 Drug tested on a small number of patients, many of whom withdrew due to COVID-19: Larger clinical trial needed

Data arising from a pilot study about vidofludimus calcium medication for the treatment of primary sclerosing cholangitis (CSP), Rare autoimmune liver disease: and if the safety profile of the drug is excellent on the one hand, the efficacy profile is not exciting. However, there are several limitations to these results and the conclusions that can be drawn from the experiment.

in Primary sclerosing cholangitis The bile ducts become inflamed and narrow, preventing bile from flowing properly: Progressive damage to the hepatic and bile ducts causes portal hypertension and liver failure in the majority of patients over 10-15 years from initial diagnosis. The exact cause of the disease that Affects more than 500 people in Italy, is still unknown, but the autoimmune mechanism could play an important role. What is known is that There is an association between CSP and chronic inflammatory bowel disease (IBD)Especially ulcerative colitis.

To find a cure for this disease, Mayo Clinic conducted an independent trial which occurred at two locations in Rochester, Minnesota, and Phoenix, Arizona. The molecule under investigation was vidofludimus Calcium (IMU-838)manufactured by Immunic Therapeutics: an oral medication taken once a day e Which has already shown promising results in studies on various inflammatory diseasesincluding rheumatoid arthritis, relapsing-remitting multiple sclerosis, and ulcerative colitis.

In this phase II, open-label, single-arm clinical trial, Eighteen CSP patients received the drug for six months, but only 11 completed the treatment period. The characteristics of these two groups of patients were similar, apart from significantly higher direct bilirubin at baseline in the group that completed the study (median 0.4 mg/dL versus 0.1 mg/dL).

The primary end point of the trial was improvement in serum alkaline phosphatase (ALP).According to the data published in the journal Liver Disease Communication Achieved by 16.7% of patients, 3 of 18. If we count only patients who have completed treatment, the percentage would instead be 27.7% (3 of 11 patients). Secondary endpoints were not met: bilirubin, alanine aminotransferase (ALT) and aspartate aminotransferase (AST), which are important biomarkers of liver function, did not change significantly over the course of the study. . Security Profile On the other hand, vidofludimus football was excellent: The drug was well tolerated and no serious adverse events associated with treatment were reported.

However, as mentioned, this experience has many limitations, and it is the authors themselves who confirm them. “It should be noted that the study was conducted on a small number of patients and they experienced a high dropout rate. Mayo Clinic experts wrote that most problems with patient enrollment were caused by external factors, particularly the SARS-CoV-2 pandemic, rather than factors intrinsic to the trial. “However, the data obtained support a further clinical study on vidofludimus calciumand randomization and were performed on a larger group of patients with CSP.”