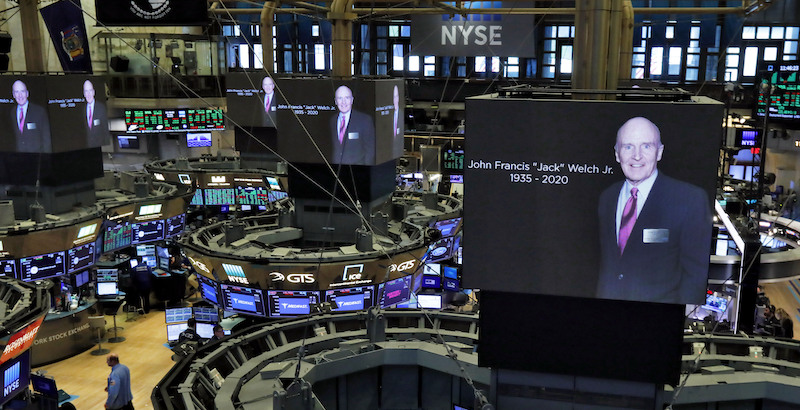 Larry Kolb, CEO of General Electric (GE), announced Tuesday that the largest and best-known US conglomerate that produces dozens of very different products, from aircraft engines to medical machines in hospitals, will split into three smaller companies, each of which will still be worth tens of billions of dollars. . The decision to separate from the company came after twenty years of crisis, during which General Electric underwent a long and painful downsizing: in 2000 it was the most valuable company in the world, while today it is not even among the top hundred.

The company will be divided into three divisions: Larry Kolb will remain at the helm of the segment producing aircraft engines, which will also retain the General Electric name. In 2023, it will separate from the main company GE Healthcare, which produces healthcare machines, while in 2024 it will separate a third segment dedicated to energy.

The division of General Electric also entails the end of one of the most symbolic and influential companies in American capitalism: Founded in 1892, General Electric was one of the most important manufacturing companies in the world throughout the 20th century, and played a major role in the development of the American economy. It was born from the merger of the Edison General Electric Company, the company of American inventor Thomas Edison, with another company dealing with electricity, and among its first patents, it had the incandescent light bulb (which Edison did not invent, but which Edison helped popularize and make commercially viable).

Over the decades, GE has expanded into dozens of industries—from locomotives to hardware manufacturing to oil and gas, building nuclear power plants, chemicals, finance and information technology. During World War II it was one of the most important industrial suppliers to the United States Army; Then, after the war, it produced household appliances that ended up in the homes of tens of millions of American families.

READ  New fuels, small planes, drones and small electric planes. This is how we will fly in the (near) future.

General Electric also produced some of the most influential managers and entrepreneurs of the 20th century, including Jack Welch, who was appointed CEO of the company in 1981 and became an icon of American capitalism for more than twenty years.

Welch took office a few months after Ronald Reagan was appointed president of the United States, and became a prominent proponent of “neoliberalismWith the support of the then president. Focusing solely on growth, Welch increased GE’s revenue fivefold, turning it into a huge industrial conglomerate able to withstand competition from large Japanese industrial groups (at the time, the main threat to US industry was Japan. A bit like China today).

Welch created a corporate culture within GE The New York Times He knew “DarwinianaIt encouraged internal competition, which succeeded in attracting many of the most ambitious directors and CEOs of the time.

Welch has also been identified as the father of the movement known as “shareholder value,” the principle that the only duty of a corporation is to its shareholders and investors (“shareholders,” in fact)—not to the corporation nor its employees. According to the principle of “shareholder value”, the company’s efforts should focus only on growth and maximizing return for investors. In this sense, any other concern (employee welfare, impact on society) is secondary, and in any case should be evaluated in terms of growth.

For these theories and his phenomenal success, Welch was named by the magazine in 1999 luck Come “century managerEven if it is the same later divorced The principle of “shareholder value”.

Welch also developed a huge financial business within GE, which at the turn of the century began to engage in investments and other financial activities, including money lending, effectively becoming one of the largest banks in the United States. But when the financial market crashed in 2008, General Electric was one of the hardest hit: it had to seek state help and never recovered. The various CEOs who have succeeded each other since Welch have tried different payback plans, but all have had little or no success.

In the end, the company succumbed to a gradual downsizing. Over the past two decades, GE has phased out many of the lower-performing businesses: it has sold off its entire locomotive manufacturing business, home appliance business, hydrocarbon operations, and financial services business. The number of employees, which exceeded 300,000 in 2014, now number 160,000.

One of the worst insults came in 2018, when General Electric It was excluded From the Dow Jones Stock Exchange, which contains the 30 most important companies in the US market. GE was one of 12 members of Dow Jones, and has been a member since 1896.

For several years now, General Electric has been with three large companies, the most important of which, each of which is still solid and productive: the production of aircraft engines, and health and energy machinery (which includes the production of wind turbines and turbines). By 2024, these companies will become three separate companies.