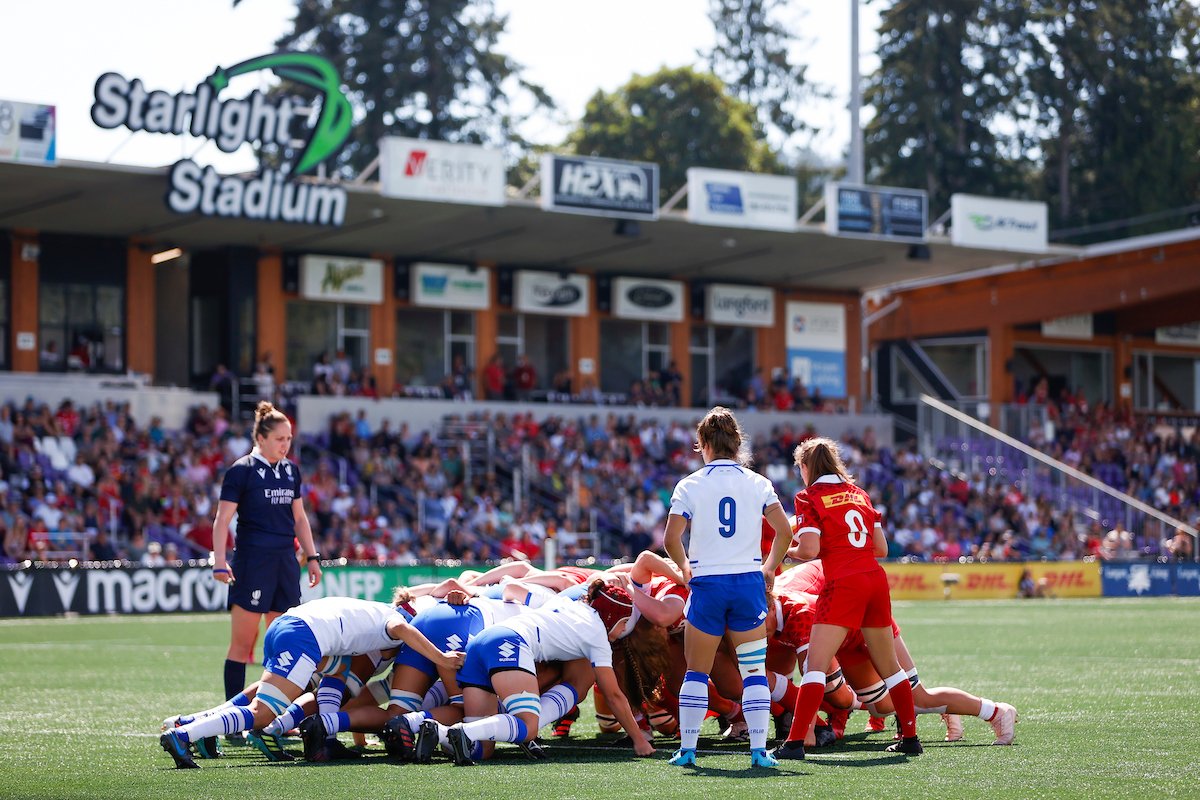 The Blues play well in a dominating first half, creating plenty and wasting too much. In the second half, the hosts came away and won the game

Italy: Great first half, but then outscored Canada 34-24 (Ph. Federacbi)

40 minutes at a high level, a blackout at the start of the second half that allowed Canada to dig up the game-deciding Faro, and then a final reaction that wasn’t enough to change the result. At the Starlight Stadium, Italy were beaten 34-24 after a fine performance that was a little cynical at key moments and a little lackluster when the hosts made a decisive push.

Italy set up an excellent first half and took the lead with Ostuni Minucci’s goal and touched the mark several times. In particular, the last 15 minutes were a real attack, although it only yielded 5 points with Maria Makati’s half-time goal. If the Blue went into the locker room with the advantage, no one would have said anything, but Canada went wild in the second half, scoring two goals that effectively sealed the game. Di Giandomenico’s team responded well, thanks to the changes (all available players entered and contributed) but it was not enough to change the result.

Canada starts fourth: Miller’s excellent restart from a scrum at the 22 Blues, two phases and Paige Faris’ goal arrives at the flag. Italy’s response was immediate, with Ostuni Minucci’s ball picked up in midfield, piercing the Canadian defense and pointed straight into the in-goal area, Allari leaping clear to smother. Sillari turns positive: 5-7.

The hosts immediately try to retake the match, not only with forwards – who often advance – but also by turning the oval from one side of the ground to the other. Italy are suffering, but as the minutes tick by, it looks like they can defend themselves in less trouble. The eventual Canadian goal came from a surprise shot by Schell, who surprises the Blues with a more insidious football, allowing Pauline to put the oval on the field with a slip worthy of a soccer player and create a clear numerical superiority. The other starts and it is Kaljue who marks the second goal at the end. Miller converted to make it 12-7.

At 24, Rigoni’s interception allows the Blues to win a free kick. We go for a lineout and Blue hits a good flick at pace but Madia’s suggestion for Sillari’s runs fails and the ball falls forward. 27′ The blue forwards take the chair: Veronese, Bettoni, Dounesi and Durani advance with great positions and get back into the red zone, but again a handling error spoils everything.

Italy again on the half-hour: a good drive from the lineout, then back to the scrum package, ground charge after charge, forcing Canada into two successive fouls, ended with a call from the official referee. Minutes later, Madia found a brilliant chip for Rigoni, who missed the oval by a whisker leading her straight into the goal. In the following scrum, the Canadians earn a penalty and end the Italian attack without points.

However, in the first half final, Di Giandomenico’s team returns to 22 Canadians, after a very long multiphase spread on Rigoni Veronese, who runs through the touchline and comes quickly, but manages to recycle brilliantly to Makati to crush at 12-12. This ends the first half.

In the second half, Canada starts again. Two fouls by Sillari and Stephen allow the hosts to move to 5 meters with a penalty touch: the drive is out of bounds, and Tutosi finalizes the goal with Miller’s conversion at 44 ’19-12.

Italy have a moment of confusion as Kaljubi pierces the Blue defense with ease and Ostuni forces Minuzzi to cancel out with a bit of football. Rigoni misses the restart drop, giving the Canadians a 5-metre scrum: the Canadian pack advances, and captain de Goit collects the oval in time to smash it into the goal.

READ  Van Aert, a week in Sardinia before flying to Canada and the world

Maurice switches hands in the front row and Durrani moves to the right. The reaction comes at the most difficult moment: Rigoni again finds a brilliant pass to Musso, who breaks the first tackle and gets inside the 22. The action continues with the allegations of Madia, Sillari and the back forwards. Stephan expands Musso for the first time, he misses the mark, and then for the second time in Dunesi he goes further and closes the distance: 26-17.

Enter Furlan and Federighi for Musso and Dounesi at 60. 64 ‘However, it was Canadian motivation to punish the Blues. The mall advances, then the ball is played on the shell that came short, and finally Faris finishes the job with the fifth goal: 31-17. Giada Franco also enters and he immediately brings some improvement: Italy has a chance to reopen the game in the 71’, but Federigi loses the ball 5 meters in front of the goal line.

De Giandomenico replaces the other first line with Veccini and Say, entering De Inca and introducing Francesca Granzotto. The new midfielder gets a free kick due to a clumsy clearance by Taylor, Italy continue to attack and Elisa Giordano finds the breakthrough needed to score and restart games: Sillari switches and the Blues go to -7.

Canada ends the game at 78′. First a forward, then a block from Italy, and Miller marks the 3 points that bring the hosts to safety. It ends 34-24: regretting the number of wasted chances in the first half, but a good test for Neill, who returns to Italy with many encouraging signs as he considers the next stages of his World Cup preparations.

READ  In Canada, a suspect has been arrested in two murders that took place 39 years ago

To always stay up to date with our news, put your preference Facebook page OnRugby and / or subscribe Our Telegram channel. Instead, click here to learn more about the rules of rugby.