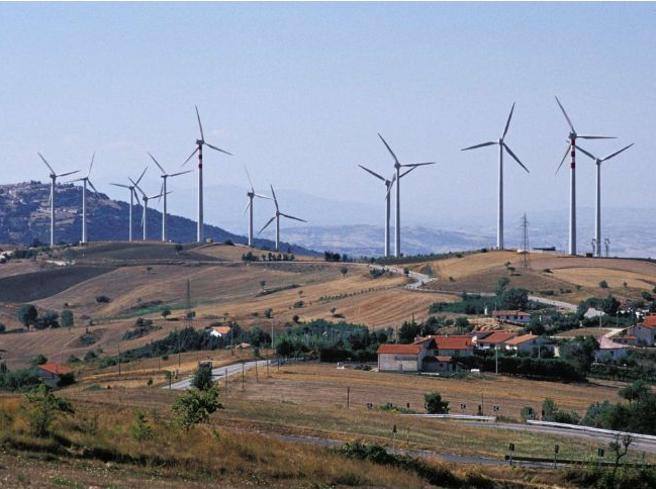 Can we trust, in the country of exceptions where one in six Italians lives, vacations or works in a partially or wholly illegal building, among 33 exceptions out of 67 articles of the law speeding up the procedure for initiating the onslaught on renewable energy? We should we should. Europe tells us that, and the facts dictate that. There is a way and a way: woe to cover the Leopardi hills with photovoltaic panels, woe to pull wind turbines 19 meters high than the Unicredit Tower, the highest Italian skyscraper, in Etruscan Tuscia. Beauty, for Italy, is a non-negotiable commodity. Of course, Environmental Transition Minister Roberto Cingolani has put his hand on fire several times. indicating that yes, The primary goal must be observed and installed around 70 gigawatts of renewable energy by 2030 to meet the Paris climate agreements But there is a first large margin of usable roofs with respect to roofs of urban areas and industrial areas and in degraded areas, renewable energy plants can be a driving force for the initiation of sustainable recovery projects. More: The strictest criteria and priority should relate to the protection of cultural heritage areas, protected natural areas and landscapes with particular attention to land consumption. Correct words. obedient.

A file from Ispra two months ago says that in 2020 we lost 56.7 square kilometers of natural land due to new construction sites, buildings, commercial settlements, logistics, productivity, infrastructure and other artificial coverings, totaling more than 21,000 square kilometers, 7.11% of the national territory compared with an EU average of 4.2%. Significant imbalance. What’s more, in a country like ours, 35.2% is mountainous, 41.6% is mountainous, and only 23.2% is flat. Whereas various regions have already devoured a large part (Liguria negative record: 22.8%) of the useful surface and what remains, writes Salvatore Setis, should be set aside for cultivation. More: The Ispra report says that in addition to the 2030 date, there is also the year 2050 set by Europe itself (that is, by all of us) to eliminate net land consumption. A goal that conflicts with the need to install new photovoltaic systems that allow energy to be transferred to renewable sources. It is estimated that by 2030, 200-400 square kilometers of agricultural areas will be lost for the installation of photovoltaic panels, to which 365 will be added for new wind farms.. Topic: Is it possible to reconcile two opposing goals? Yes, Esperra says: By utilizing existing rooftops, large accompanying parking lots or production and commercial areas, abandoned areas or polluted sites, it is estimated that the panels can be installed with a total capacity of more than double compared to gigawatts. . Established by the Integrated National Energy and Climate Plan.

Moreover, there are virtuous examples. Like the one in Brescia Val Sabia where the municipalities once joined the ancient mountain community with others to build a photovoltaic system in a secluded valley in 2010 (unanimous vote, left and right) to be restored due to the presence of 13 bunkers with asbestos roofs in an old farm. A decade later, after paying fixed mortgages and preparing to change panels to double or nearly double their yield, 25 municipalities turn in more than a million in profits annually and draw power from the plant for about three hundred public offices. But for more and more business and in the absence of updated regional landscape plans defining sensitive areas, the plans on which both the Ministry of Environmental Transformation and environmentalists were based, in the chaos of differing opinions of all (many) parties involved, the facilities were already built to make the skin Crawls for those who love landscapes and cultural heritage. examples? Strands of photovoltaic panels have been laid in Salento, amid protests and calls from environmentalists angry at the demolition of so many olive trees that were memorializing the work of grandfathers and great-grandparents or the spread of panels made in Troia, in the Fujiano rooftop area, accusing him other economyThat’s the equivalent of 200 football fields. Or the Ploaghe wind farm project, in northwestern Sardinia, which was rejected by the TAR after a report by Sassari and Nuoro director Bruno Pellisi. One of them seems to be accusing Cingulani of writing incomprehensible reports. Which he wants to open by bringing papers (with exceptions, of course) to the Cabinet. The papers in which it was written that those 27 wind turbines were designed are a stone’s throw from the magnificent 180-meter-high Sacargia Romanesque cathedral: three less than the Generali skyscraper in Milan, the fourth tallest building in Italy. And they would have a rule of 21 meters per side: as long as the basilica itself or the Big Ben in London tripled if you like.

READ  Is it the new Bandona? No, it's a Toyota Senta

Does this make sense? They say: But the supervisors are slow … Believe: the observers of Sassari and Nuoro, when they entered service, two years and six months ago, had 114 employees in 165 municipalities and a thousand kilometers of coast: now he has 53 and from January 1 to September 30 ), overshadowed by 9,043 files. More isolated than those few heroes overshadowed by labor and without means (…) besieged by hordes of contractors, engineers, architects, surveyors and other spoilers about whom Indro Montanelli wrote in 1966. The same ones who, we must see, besieged (perhaps proud) With the noble intention to help Italy with clean energy) Those working on the upbringing project next to Tuscany, a region overflowing with beauty and antiquities, those sixteen 250-meter turbines that we were talking about, which Italy denounced for years Nostra. huge barrier. Well, to tell someone, we should build somewhere these plants that are essential for our future. Right: somewhere. And we return: There is a way and a way, there is a place and a place. And if we want to say it all, there is also the customer and the customer. Because it is not a good thing that projects that will affect our natural, agricultural, cultural and even touristic future, are offered by companies like this, where it is appropriate: or so or so. Certain things must be identified together. And perhaps without tampering with Article 9 of our Constitution that someone would, coincidentally, wish to revise it…

READ  After 20 years, he washes a Lamborghini: an amazing result (video)