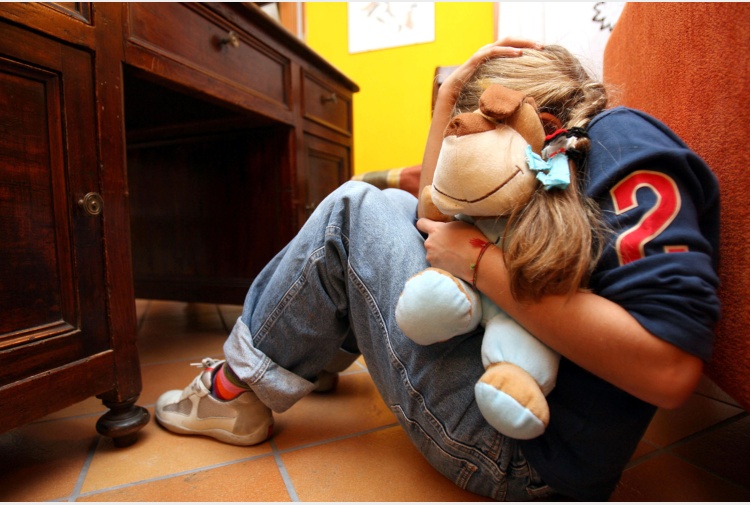 They hide in the folds of the digital world, search social networks, go hunting, have no worries, and when they discover the victim, the trap is triggered. At least 500,000 sexual predators are active on the Internet every day: they search for the subjects of young people between the ages of 12 and 15. Technically called “internet grooming”, it is an all-round solicitation with the goal of sexually exploiting the girl and boy or in any case to reduce “prey” into a state of subjugation, servitude and perpetual servitude. afraid.


Treats this topic that is not often told, discussed, but includes thousands of teenagers rag dollThe short film presented at the Venice Film Festival by Nicola Conversa Who won the competition devoted to such a burning and urgent issue in a huge way. A vast and articulate transmedia project with the launch of a highly innovative multi-platform platform, designed to meet and inform an increasingly connected teen audience. Then a five-episode series on the podcast, a work of art created by Fumettibrutti and two more shorts in virtual reality.
rag doll It’s a story told simply because it reaches out to younger interlocutors, but that leaves out none of the complexities of the phenomenon, particularly the soul abyss of those who end up in a web of evasions, blackmails, threats, increasingly pressing, painful, unacceptable demands. The narrative voice is that of Claudia Gerini, by criminologist who recounts the stages of grooming: fascination, promises, false identities, a thousand compliments, flattery. As long as the prey falls into it, it falls in love, believes every lie, isolates itself and allows itself. At that point, turning back is an ordeal.

Mariasole Pollio plays Mia, 15, who writes an online memoir. The predator is a handsome young man: he spies on him, studies him, and then strikes. He seems like a Prince Charming, he’s affectionate, present, and available much to confuse her: I’m you, you’re me. She is the cloth doll that was filmed to please him. Until the dramatic end.
Mariasol is 19 years old and her thoughts are very clear. She says, “The first advice I would give to my colleagues who confuse the virtual with the real? Girls, take your time before you trust a stranger. Don’t let yourself be charmed by beautiful words, they are formulas, they are thoughtful texts on the table. Evaluate well and above all don’t lock yourself in the bubble The manipulator knows how to isolate you, charm you, how to demand a hard video, and what will become the weapon of blackmail. Don’t be afraid, don’t you think you’re wrong, too young and not so brave, that they all do it, and what would an intimate image be? When the request stirs up fear and discomfort It’s time to raise the bar. Learning to say no is the greatest act of self-esteem, and the protection we owe to ourselves. The fear of frustrating others’ expectations if they seem strange, and threatening.” In “Rag Doll” Mia manages to call for help. But for whom? How? Mariasol Beaulieu leaves the role of the actress and speaks for herself. He explains: “I would have gone to my family, but I have a strong and solid relationship. If not, Tell my colleagues, try to tell a friend about it, trust someone you trust, break the crystal vase you are drowning in. And try to accept yourself: you are not wrong. Denouncing is a very brave act and it is also a wound, but one cannot escape the pain. There is someone willing to help you, there, raise your head, find the real look of someone who can help you.” Director Nicola Conversa adds: “Today it is very easy to get to know someone online, to trust them, to fall in love. However, it is not always who is hiding behind a curtain who is telling. Unfortunately, you understand it when it is late. All too often, boys and girls feel like broken dolls, desperate for someone who can love them, and instead find themselves with a broken heart, surely a broken one. But don’t be afraid to ask for help. Start”.
rag doll It is a powerful and intense work, produced by One More Pictures with Rai Cinema: you’ll find it exclusively on the Rai Play platform. Look at it, let your children look at it, and if possible talk to their teachers about it so that it can be shown in schools. We have one duty while predators taunt us and go hunting: to listen to those who are most fragile, to throw loving floats, and to break the isolation of those who think they deserve only wounds.. Transforming fabric dolls into living, vibrant bodies, young women and men who are able to look to the future with a smile.