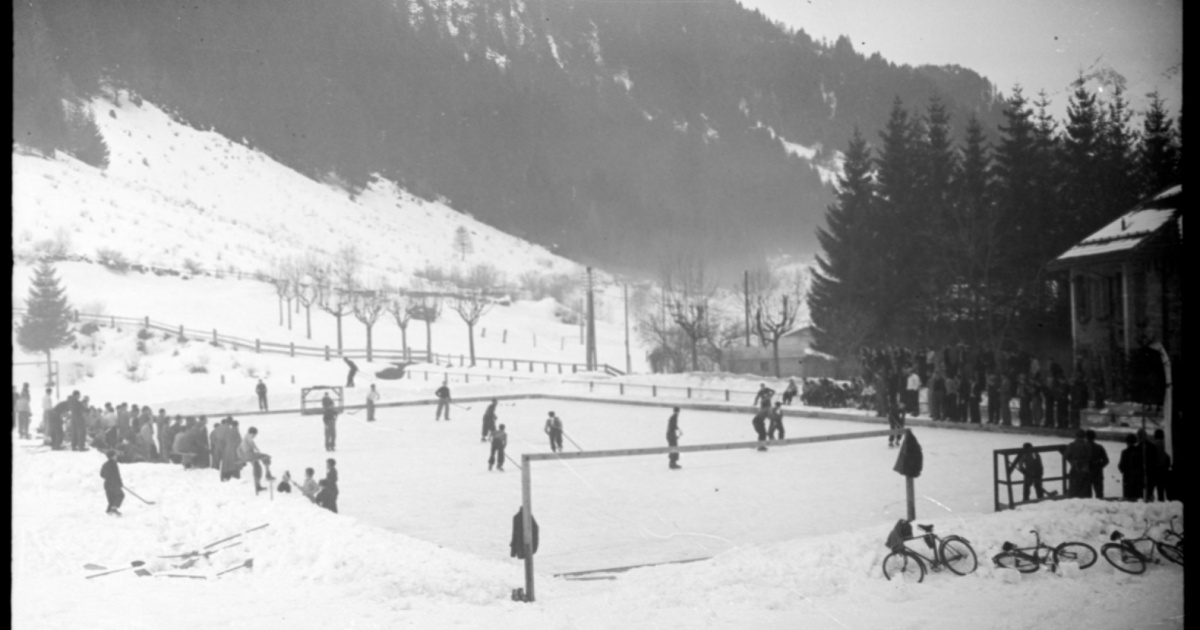 After the exhibition “Let It Snow”, which ran from fall 2019 to October 2021, the Leventina Museum, based in Giornico, is preparing to open a second exhibition with a strong connection to the region. In fact, Ice is the protagonist of the show that will occupy the second floor of Casa Stanga starting on Saturday 14 May; It will stay there for two years, during which time the organizers hope it will prove to be a show capable of attracting even people not accustomed to visiting museums. This is thanks to its interactive, playful and sporting imprint, which will accompany in a fun way those present in discovering the different historical and social aspects that develop around the ice. The exhibition – called “On Ice – Magic of Ice” – aims above all to benefit from the emotions, especially those that hockey has generated for decades, not forgetting ice skating, curling and mountaineering. There will be many historical and contemporary things to do in Giornico, including a very rich collection of skates.

An entire section of the exhibition will be devoted to the Ticino sporting event par excellence: the derby between Ambrì Piotta and Lugano. There will be coveted souvenirs, such as the skates of Andy Bathgate, one of the first foreign players under the Wallacea vaults, or the mask of historic Juventus goalkeeper Alfio Molina. All this was confirmed this morning during the presentation of the exhibition by the curator Diana Tinconi, in a dynamic dimension that allows you to interact with the installations, and also thanks to the technological components. «Experiences of these years – said the coordinator of the Museum Committee Gabriel Gudoti – They made us understand the role of the Valley Museum like ours: it must propose innovative projects, on the one hand, linked to traditional exhibitions of objects as a testament to the past and our identity but bearing in mind that it is increasingly important to focus on modern technologies and modern methods of communication.” In this direction, on For example, films and sound effects in the section dedicated to identity will allow you to immerse yourself in the atmosphere of the dressing room.There will also be post-match feelings, including interviews and encounters between players and fans.

But for the residents of Ticino and Leventines in particular, called during the media presentation, ice is not only synonymous with competitive sport, but also synonymous with coexistence, gathering and identity. “In my day there was a great movement: to skate until a certain time, while from 17 onwards sticks were allowed – as Gindotti recalls -. Between Biasca and Airolo there were pitches almost everywhere, which were wet at night to keep the ice. I remember that we boys from Faido planned shifts for this mission.” The exhibition will give space to the village paths (most of which have disappeared in the meantime) with a wall of historical photos. There will also be an area dedicated to the origins and wonders of ice (an appetizer of main course made with imagination and imagination) and its use for economic activities.

The objects on display come from the collection of the Leventina Museum, from the state’s ethnographic collection and from the individuals who made some of the pieces available. Furthermore, in 2021, the Giornico Museum withdrew part of the Sportmuseum Schweiz collection in Münchenstein that had been forced to close due to lack of funds. In particular, a hundred pieces were acquired, mostly skates of different eras; The oldest date dates back to the early nineteenth century. The installation was done by Studio from Sophie Maffioli and Paola Tallarico. In agreement with the mechanics, efforts were made to recover and recycle materials from previous installations and exhibitions. “A line we want to continue to follow in the future,” Diana Tinconi added.

The exhibition – which is also designed for audiences with disabilities taking into account, for example, the height of texts and font size – will have a special path for children to explore with the family. He also created a game that plans to collect points in different facilities. At the end of the visit, in the last room, it will be possible to find out the result of the match with a lot of comments on the “performance” of the visitor (by sports journalists Rsi Lorenzo Boscolo and Andrea Mangia).

The exhibition will remain on display until October 2023 and will be accompanied by various events (conferences, meetings and custom nights). An evening on prevention is also planned in cooperation with the Pat Schaffhauser Foundation. The first date is set for the afternoon of June 16th at Gottardo Arena (the fifth stage of the Tour de Suisse will start from the airport on the same day) attended by old glories such as Bruno Genuizzi, Cesare ‘Kuki’ Zamberlani, Tiziano Giannini and Alfio Molina. Saturday 14 May The opening date of the exhibition – free and in which some Hcap and Hcl players will participate – is from 3 pm, after which the exhibition will be open to the public from Tuesday to Sunday (14-17). In addition to the various sponsors, the gallery was able to count on scientific and financial support from the Center for Dialectology and Ethnography.