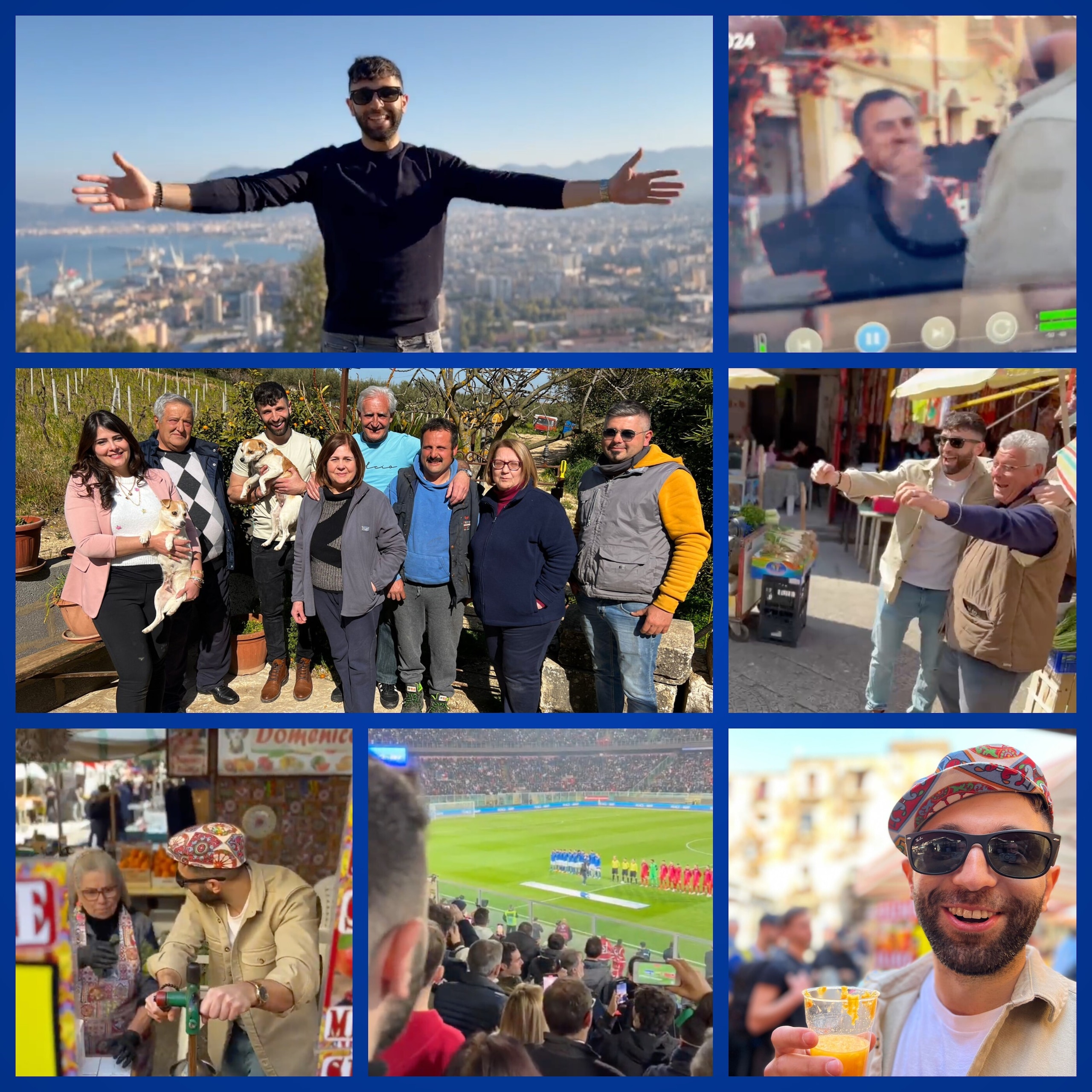 Four years after the appearance of the great Anthony Bourdain, Sicily again became the heroine of the novel on American channels. This time to bring Palermo and Castellammare del Golfo was a Brooklyn web influencer, Marco Messina, CBS sent him for a month to Italy to follow football’s biggest matches. And on the trail of food and football, Messina landed for a few days in Sicily, and seized the opportunity to reconnect the thread of personal history: the history of the land from which his father, Gaetano Messina, became a senior manager at New York’s JFK Airport. With him, Marco reunites relatives he did not know before, in a meeting that has not happened in thirty years. “We must have been forty-five – says Messina – but because of Covid and age it wasn’t possible to get everyone together. But it was good to see my family too. Great land, extraordinary people. Unfortunately, the only thing that went wrong. It was a match. Azure”. In the days between Italy and Macedonia, Messina met people, and presented the historical places of Palermo to the American public, starting with the Ballaro Market. Also among the encounters on the street was another now-famous Sicilian, Joe Barone, the general manager of Fiorentina, who embraced Marco and his father Gaetano. The photos taken by the band for the American channel also went to Messina’s account, which has nearly thirty thousand followers, as well as to his Internet television account, which was founded with Mike Kantares, IFTV, and Italian Football TV, followed by more than 130 thousand followers. Followers. A new bridge has been launched between the USA and Palermo, and who knows that very soon Sicilian football will not be able to go the other way and play some friendly summer games, to the delight of the thousands of immigrants and children of immigrants born in New York who heard about Sicily only in the memories of their grandparents.

READ  Four years without a falconer. Heart and values: Football (and not only) remember this