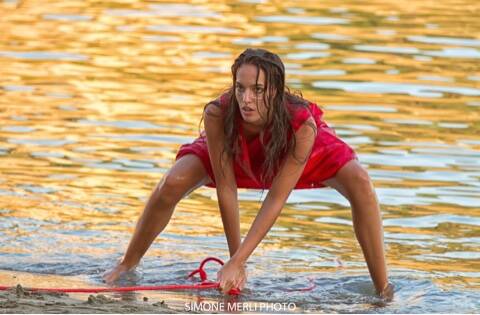 Next Saturday, October 15, an appointment at the Spazio Nin Social Center in Valcinillo (Sarzana) with Earth. heart of Antigone, a theatrical performance written and translated by Alice Sanguinetti, and directed by Giovanni Beretta, Director of Ordinesparso. Sanguinetti, an actress from Ordinesparso, has just returned from a summer tour with the company and is about to graduate from the International Theater Academy in Rome. Analyzing the news and social repercussions of the moment, –
Watch Berretta and Sanguinetti – many individuals seem ready to bend, collide and conquer: strength becomes the weapon, the true subject of the life of strong men. Extortion, exploitation of fear, revenge. Like fickle children, they play dice with the fate of the world and the answer they receive is “mirror reflection”: violence has become our only alphabet. But Antigone teaches us more, she teaches us to fight for rights, for the causes we believe in without prevailing: Antigone does not kill Creon, but rather lets herself die. It is a gentle revolution, and therefore very brave.

Sanguinetti illustrates the work done for the performance, a work that saw “different emphasis on the back, on heights, on directions. I worked with voice on tenderness, on light that illuminates and obscures. As if I were a moon that never appears full, I worked in white: with the white dress of the bride, With a platform covered with white sheets as if I were on the clouds. Then the call of the earth, the homeland. The meeting of earth and sky, the line of the horizon from which Antigone never disappeared.”