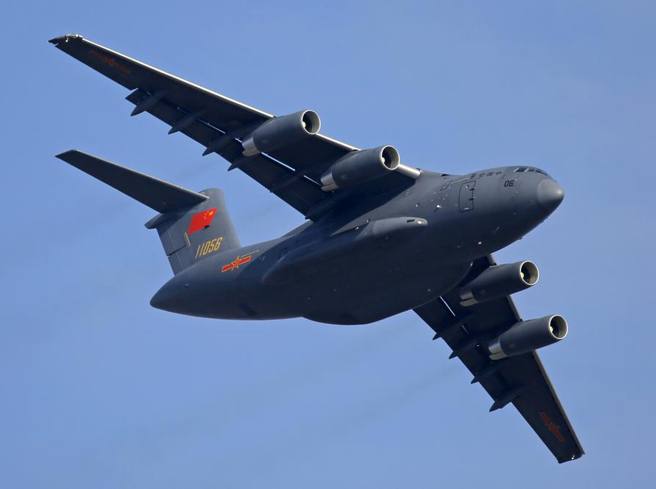 Six Chinese military aircraft in Europe made headlines even before the war in Ukraine, but now they are attracting more attention: They landed on Saturday to be fitted with HQ-22 SAMs that Serbia ordered in 2019.

six large chinese military aircraft Over the skies of Europe they were making headlines even before the war in Ukraine. They’re attracting more attention now, in “suspicious times” and because the swarm flew in formation From China to Serbiaa nation historically close to Russia.

The Y-20s for transport landed on Saturday at Nikola Tesla Civil Airport in Belgrade to deliver one. Supply of HQ-22 SAM (Surface-to-air missile) They were I ordered it from Serbia in 2019. The United States in 2020 tried to dissuade the Serbian government from buying it, warning it that if it really wanted to join the European Union and other Western alliances, it should also use defense systems that followed Western standards.

Thus, the controversial offer is the supply of HQ-22 missiles made in China, which reach the heart of the unstable Balkans. The HQ-22 is a land-based air defense weapon system: it can be used against aircraft, helicopters, UAVs, ballistic missiles and cruise missiles. It has a range of 170 kilometers and can hit targets up to 27 kilometers in height. Military experts compare them to US Patriots and Russian S-300s (although these Russian surface-to-air missiles have a longer operational range and more advanced technology than China).

The government of Serbian President Aleksandar Vucic voted in favor of UN resolutions Condemnation of the Russian attack on UkraineBut he does not support the international sanctions plan against Moscow.

In Beijing, a Foreign Ministry spokesman commented that “the cooperation projects between China and Serbia have nothing to do with the current situation (in Ukraine, ed.)”. The Y-20 Fleet “delivered regular military supplies”.

The Chinese Air Force’s Y-20 cargo ships were used in 2020 to transport famous masks and ventilators for intensive care against Covid-19, but in that health campaign they have flown in quirks and times, never in such impressive formations. This time they made a massive show of strength.

It is possible that the Beijing Air Force He wanted to send a signal of strength And of her ability For the installation of an airlift for transporting any type of material over very long distances. “The Warzone”, an online magazine specializing in military affairs, charted the trip to Belgrade. Chinese Y-20s flew at a distance of 100 km from each other, and the road took them through two NATO countries: Turkey and Bulgaria, which clearly allowed them to cross their airspace. Images taken by Serbian enthusiasts at the civil airport in Belgrade revealed other details: Some Chinese cargo ships removed the covers from their gear to “chaff & flare,” countermeasures used by military aircraft to trick the plane’s infrared-guided optical sensors. Missiles when flying in a “hostile environment”.