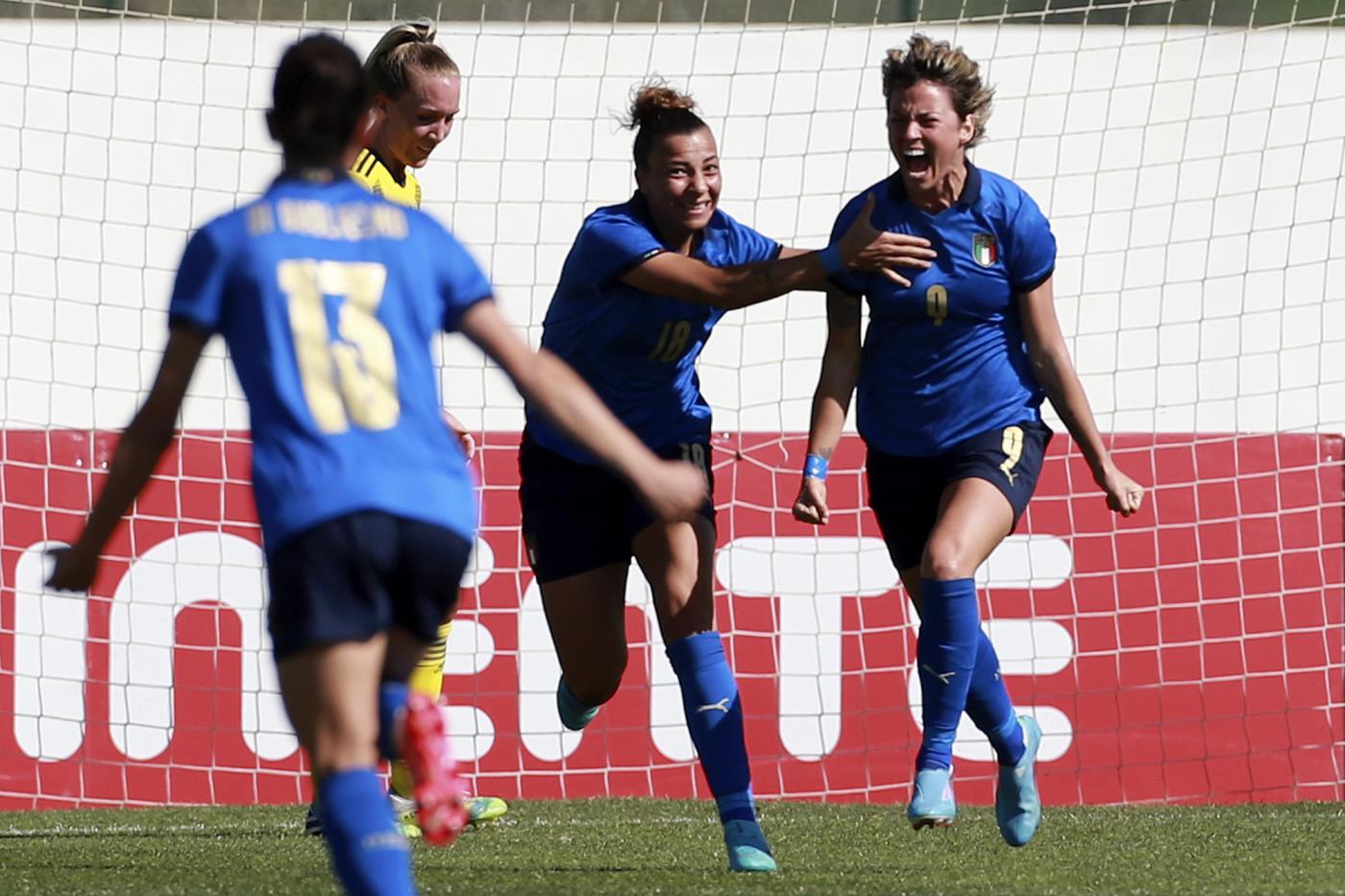 80′ Bergamci hit the ball from a few paces.

78′ Solio Giuliano from the edge.

72′ outside Caruso and inside Greggi in Italy.

70′ Italy is pressing again that it wants the fifth goal.

68 Giuliano finds the barrier in a free kick.

64′ Bonetti left who ended up at the hands of the goalkeeper.

62 inside Sabatino and Bonetti, outside Girelli and Bonansea in Italy.

60 gooooooooolAnd the Cernoiain a free kick he found the hands of the goalkeeper who could not resist the shot, Italy – Lithuania 4-0.

56′ Lazdauskaite tries to shoot from distance, flying Giuliani who was on the edge of the area.

54 ′ Italy that is pressing again wants the fourth goal.

52 ′ We remember that Switzerland tied with Romania, thus canceling the obligation to score with two goals.

48′ outside Gamma and inside Bartoli in Italy.

19.50 The first half ended, Italy and Lithuania 3-0 women. Very good Italy, which scored lower than it produced in this first part.

41 ′ gooooooooooolAnd the Bergamchithe double arrives after good help from Cernoia, who found the full-back alone in the goal, Italy and Lithuania 2-0.

37 Once again Rusuchi from the outside, the ball was saved.

35′ Lithuania which is now shyly trying to get out of the penalty area.

33′ again, Jama kicks a few steps out of the door after a corner, but the ball eventually hits high.

31′ Italy that has lost a bit of the game metrics.

27 ′ Lithuania is trying to resist as much as possible.

25 ′ Barbara Bonanci from the left managed to win all the duels, but she missed the last step.

23′ Girelli heel, ball too slow to end in goal.

21′ A shot from Sarah Gama was rejected by the defense.

15′ Rusuchi from outside the area almost does not find the network.

13′ Boattin from just a few steps away can’t find a job.

11- Lithuania faces great difficulty in the acquisition and non-acquisition stages.

9 ‘Mail Rusuchi from outside the region.

7′ Caruso this time with the right turn sends a bit.

5 ′ gooooooooooooolAnd the KarusoGiugliano for Caruso who did not err in front of the goalkeeper, Italy and Lithuania 1-0.

3′ Bonansea goes to the left, cross in the middle stopped by the Lithuanian defense.

18.50 five minutes before the teams enter the field.

18.40 Switzerland has three more points than Italy, and beat Blue in the first round match of the group.

18.30 Good evening and welcome to the live broadcast of the match between Italy and Lithuania in the 2023 Women’s World Cup qualifiers.

Good evening and welcome to the Italy vs Lithuania women’s 2023 World Cup qualifier match, the blue team is aiming for a big victory.

The Italian team is second in Group G with 15 points, only three points behind Switzerland (lost the first leg). Before the return match against Switzerland, scheduled for the 12th of this month, Lithuania must be defeated at the Tardini Stadium in Parma. The first leg ended 5-0 for Italy.

OA Sport brings you live broadcast of the Italy-Lithuania women’s match in the 2023 World Qualifiers: Real-time news and constant updates. Departure at 19:00. Enjoy!