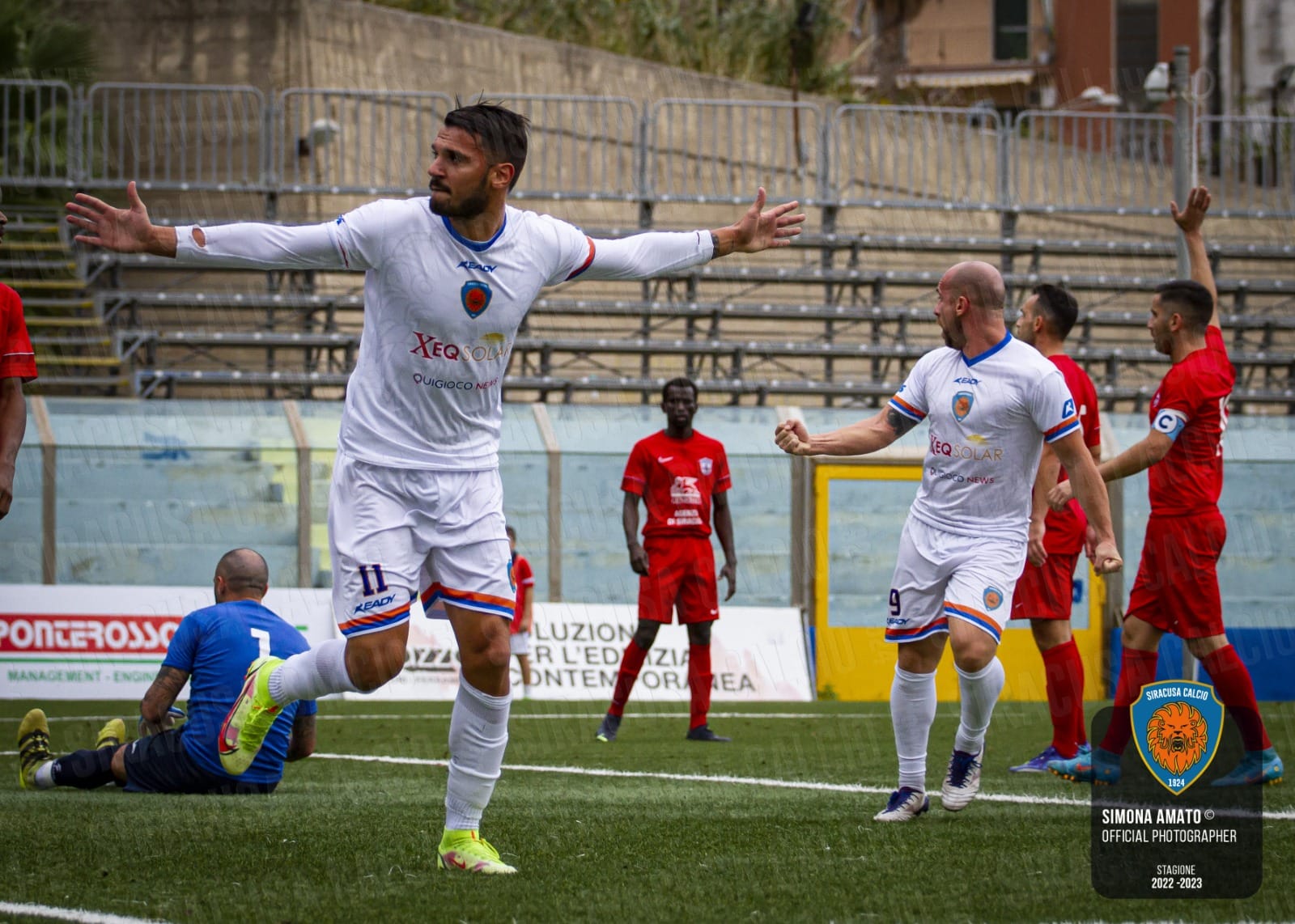 Syracuse’s third successive victory over Real Syracuse Belvedere thanks to a brace from Savasta. The Azzurri approached the match well (in the white jersey) and a hat-trick in the fifth minute: Irasi kicks from distance and then Agliano slips back, Svasta finds the opposing goalkeeper still ready to respond, who also saves himself in the subsequent close-range shot by Ficarrotta, deflected A corner kick by a defender. In the 11th minute, Svasta’s goal, deflecting a beautiful cross from the left wing of the Vicarrota team behind Agliano, who was caught in the right lane, with a millimeter throw, arrived by Previtera. In the 20th minute Vicarotta free kicked a corner kick, which Agliano corrected over the crossbar. Real comes close to equalizing at 29′ with a shot from Alvo just wide. Privitera kicks off the edge in the 42nd minute, but without precision. In the 45th minute, Serpentine Ficarotta momentarily stopped a shot by a defender.

Early in the second half, Savasta turned Previtera’s cross into golden and headed twice. In the tenth minute, it was Ficarrotta’s free kick from distance. Real Siracusa narrowed the deficit in the 12th minute with a goal from Toure, who beat Genovese with a well-placed shot. Gemma’s boys attack but without much conviction, Syracuse defends with an order and shoots with Giordano in the 40th minute and with Montagno shortly afterwards, but in both cases the ball goes wide. Then the final whistle, which testifies to the victory of the Azzurri.

Assistants: Vardella from Palermo and Florio from Agrigento