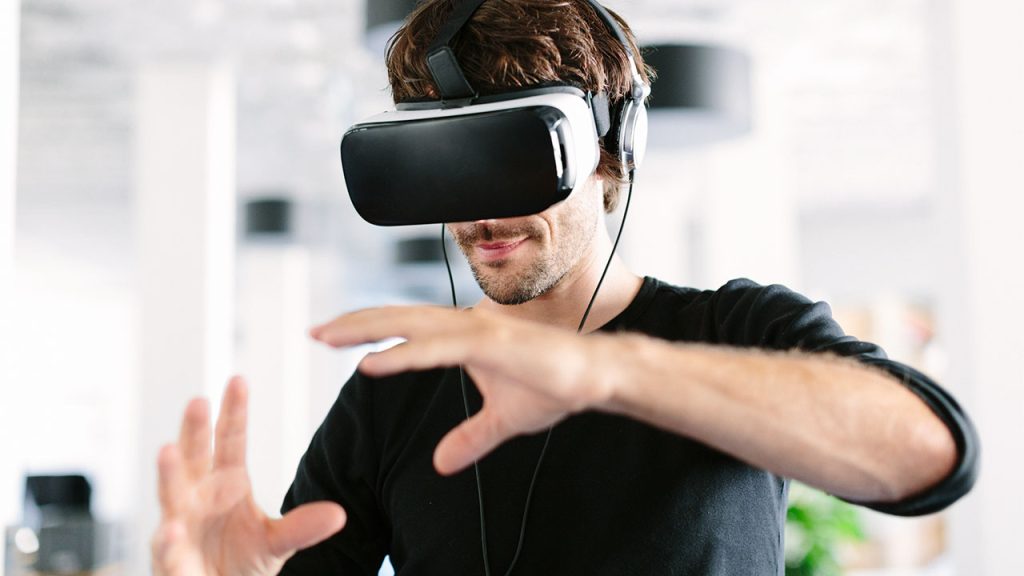 Virtual Reality is a modern entertainment that is actively used in amusement parks, video games, live casinos, and design. But few people know that this direction turned out to be extremely useful in medicine, the work of the police and courts, architecture and other areas that have nothing to do with entertainment.

Virtual reality was first used in video games. Putting on VR glasses, the player was transferred to the world of games, could comprehensively examine the locations and interact with computer characters. A little later, the live casino invited guests to virtually join the real game. Amusement parks have added VR goggles to their rides to enhance the experience. Designers began to invite customers to virtual interiors and fitting rooms.

It is quite possible that soon the Montreal Neurological Institute will produce the best neurosurgeons in the world. The thing is that it uses the NeuroTouch Cranio neurosurgery simulator, which allows inexperienced students to hone their skills to mastery without fear of any consequences for patients.

The system is able to analyze the quality of operations, give useful recommendations based on this to improve the skills of trainees, and even assess whether a person is suitable to become a neurosurgeon. Moreover, the system has a special mode that allows you to find out if students are ready for the stressful situations that always arise with hopeless cases of treatment.

As you know, one fire drives out another. It is this approach that is considered one of the most effective in the treatment of various phobias. Patients are dosed to create environments of interaction with their fears, which are eventually taken under control, and a cure occurs. Considering the stress and, in some cases, anger experienced by the patient in this type of treatment, there are often ethical debates around such therapy.

On the other hand, the use of virtual reality to create an artificial environment can completely resolve all issues related to danger in the treatment of all these fears. The University of Charleston, West Virginia uses special virtual reality programs that allow patients to come face to face with their own fears, ranging from fear of crowds to fear of heights. The practice of such therapy is already showing its effectiveness.

The effectiveness in the treatment of paralyzed people was proven by an amazing experiment by researchers from Duke University (USA). They used an exoskeleton and a virtual reality helmet, which allowed paralyzed people to once again experience the feeling that they could walk. As part of the experiment, patients were placed in a virtual environment where they could control their limbs using an exoskeleton. All eight subjects showed an improvement in the level of sensorimotor skills.

Virtualization of sensory and muscle activity causes the human nervous system to reactivate its work after an injury. Despite the fact that scientists do not yet fully understand how this happens, the results are really impressive. After a year of therapy, half of the patients got a significant improvement in motor functions to the point that some change the diagnosis from “complete paralysis” to “partial”.

Military and police training simulators are nothing new. However, a system called VirTra 300 stands out from the rest, at least among US police agencies. Here, instead of training in shooting accuracy, first of all, skills are trained that allow you to minimize the use of lethal force.

READ  Entrepreneurship begins in the food and beverage and wine sectors in Canada, with business meetings in Montreal, 2 - 5 October, Thursday 30 June with recordings

The program, which is very flexible in settings, puts police officers in unique virtual situations, the way out of which can be very different, depending on the reaction of the user himself. Each simulation contains a dozen different third-party scripts that can be modified in real time. The goal of the program is to teach the policeman various methods of de-escalating tension and minimizing the use of lethal weapons.

So, you can see that the benefits of VR have gone far beyond video games and live online casinos. In addition to the given examples, there are many applications of virtual reality in education and tourism. And every year there are more and more applications.