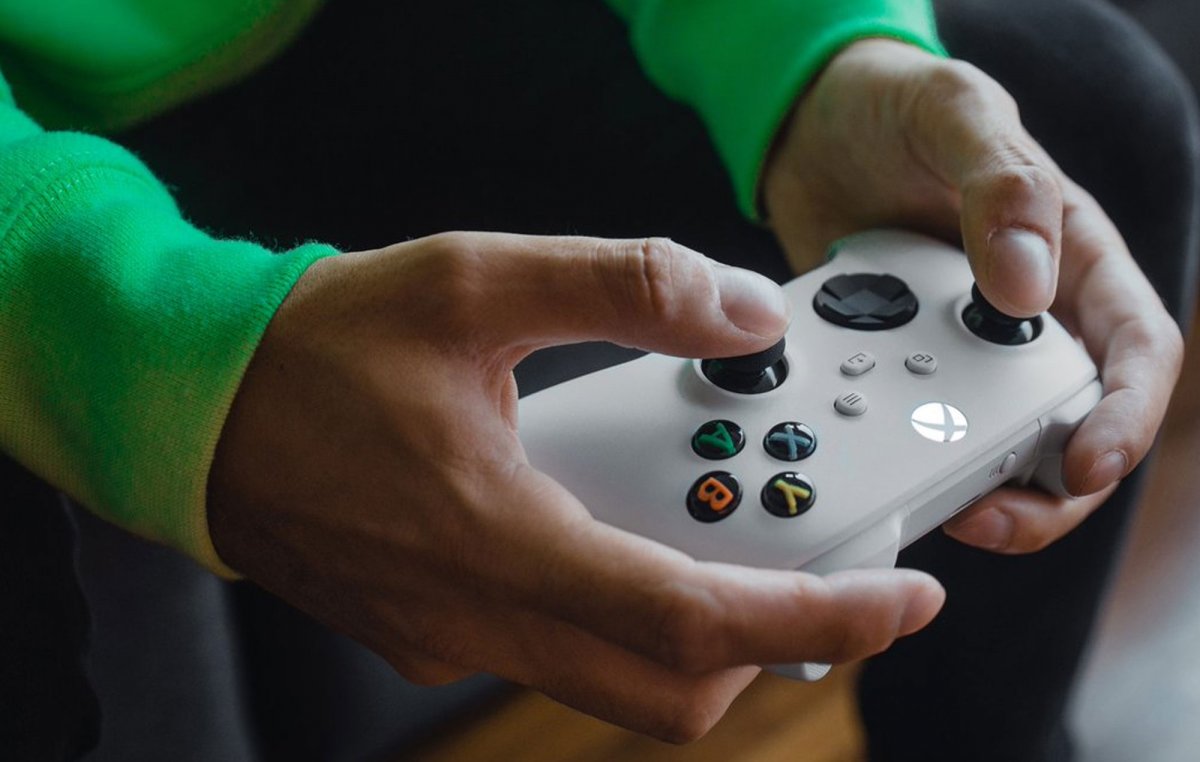 Are you late in giving Christmas gifts and still looking for ideas? Here are the most creative and fun Xbox gift ideas for Christmas 2022.

We know that 2023 for the Xbox promises to be a stellar year for the Microsoft Console ecosystem and only a few days away from the holidays, while there are those who are still going crazy looking for gifts, which every Big X fan would probably like to find. Under the Christmas tree is the approval of an Activision Blizzard deal, a deal that has the potential to enrich the Game Pass library with many very valuable video games. However, if you are reading these lines, you are most likely not a member of the FTC panel that governs the acquisition, and are therefore looking for The perfect gift for anyone who has an Xbox in their living room.

Last month, the online Xbox Store was filled with so many Christmas-themed items, that it created an entirely dedicated section. If proprietary IPs are scarce on the horizon, we can’t say the same about the gadgets Microsoft has decided to put on sale this holidays. Below we will list some of the most interesting or fun things and accessories that you can put under the tree.

Game Pass logo jacket Perhaps this is the choice par excellence that you can make this year. We have to admit it’s not the prettiest jacket you’ll ever see, it’s all acrylic and most importantly it’s not cheap either. Why do we recommend it? In its faults, however, it has its own charm and if you are willing to spend close to 100€ (excluding shipping) to make someone’s Christmas lunch absolutely unforgettable, then this is the right choice.

Don’t worry, if your idea is to make an ugly sweater as a gift anyway, you can also choose A cheaper, but less flashy version.

Since its announcement we have struggled to find its meaning and even today we wonder what it is exactly control jacket announced by Xbox. Definitely cheaper than a Game Pass jacket, that is The link to buy it, but at the same time, something you’ll probably never use except for a few laughs while keeping your towel warm. On the other hand, if you live in an area where the cold is not too bitter, you can change into a simple sweatshirt for your favorite drinks.

born as meme, Xbox Series X mini fridge It immediately seemed like a good idea to everyone that Microsoft decided at some point to really market it, even announcing it during the Xbox conference. Much more complex than the true X series, this object is an unavoidable component of any self-respecting cave gamer, as it won’t let you leave your cave to refresh yourself. The only precaution you should take is not to overwhelm them; If you’re trying to open the door it resists stopping, that’s the wrong Xbox! Here you are where can I find him.

READ  Have you been banned on WhatsApp and don't know how to recover? This is the foolproof trick you need

It may be trivial, but we must realize its ultimate benefit. A simple gift that helps us get out of the dilemma of indecision, can only be compared to the money bag of our ancestors. Give Coupon for Xbox Store Using it to buy games from the store or a gift card from a Redmond home subscription may seem trivial, but it may be the most appropriate gift that can be given to those who are passionate about video games. Depending on your budget, you can actually choose 3, 6 or 12 months, and it will certainly make those who receive it happy, also because Xbox 2023 promises to be really full of releases.

Another tip we have for you is to give a completely customized console thanks to the Xbox Design Lab, which in a few months also allowed you to create the elite console of your dreams. to me this is the addressIn addition to the ability to change the colors of the buttons, triggers, grip, and crosshair direction, it is possible to have a dedication or player identification mark for the recipient. It’s probably the most authentic choice you can make, as long as you know the gift recipient’s favorite colors.

Creating a custom pillow can be tricky if you don’t quite know the favorite colors of the recipient of your gift, but don’t worry, you can choose the classic. Elite Series 2 Wireless Controllers. The Pro version of the popular Xbox pad is an exceptional item, perfect for those who want to tweak the response of the back and analog sticks to their liking. We remind you that the Elite is available in two colors, black and white, but if you want something more specific, consider also the Halo Infinite Edition. here You can buy it.

Perhaps more than any other major reality in the video game sector, Microsoft is betting heavily on cloud gaming and although support for TVs is still in its infancy, on mobile devices it is already possible to access the entire Game Pass library wherever you are. He reached the market in a new, improved version, and Razer Keshi v2.0 is the perfect gift for all gamers who love to play on the go, and a key product for making the most of xCloud’s potential. there he is Amazon.

As we told you earlier, Xbox has really thought of everything for this Christmas, and in addition to many themed items, you can also buy gift paper to make your packs to put under the tree. The graphics aren’t really stellar, we realize, but we feel like we’re at least rewarding the originality; Plus, you can have fun finding all the cameos and Easter eggs at the print shop.

Should you gift your friend who loves the Halo saga? Then you will not find anything better thanHalo Encyclopedia, an in-depth guide on the entire narrative universe that sees the famous Spartan 117 as the protagonist. What we have for you is the updated version for 2022, which means it also includes all the new information on races and events related to Halo Infinite. And if you really want to make a great impression this Christmas, plus Classic version You can choose the Deluxe Edition with new content (both versions are in English only).

If you’re looking for a more original idea than a classic flashlight and at the same time something useful so you don’t want to leave your headphones lying around on the desk, then this officially licensed accessory is just the thing for you. the Xbox logo headset stand It is fairly compact and does not take up much space, which makes it ideal for wherever you need it. You can find it on Amazon.

Seagate expansion memory designed specifically for the Xbox Series X is an item to consider for Christmas gifts. There is no doubt about the quality and performance of this small SSD storage system in all its categories, from 512 GB to 2 TB, but we must be aware that the price at which it is sold may not be on the same level. Within reach of all budgets.

READ  The contents of the Standard, Ultimate and Deluxe editions have leaked - Multiplayer.it

Those who have bought Xbox consoles over the years will know how useful this object is and how rare it is to find it in the original version. With the advent of wireless controllers and the Redmond giant’s decision not to implement an internal battery always became the choice with the Series X, a rechargeable battery to be inserted into the battery compartment is the best option to have the board always ready for use. this is It’s the official option.

Headphones have now become indispensable for everyone and the market for these accessories has expanded exponentially, especially with the approach of PC and gamers. Xbox took to the field with two types of headsets, one of them Wireless And a wired one, designed to harness the power of spatial audio technologies like Windows Sonic, Dolby Atmos, and DTS Headphone:X. If you’ve got a big budget to spend, you can certainly opt for something with more performance, but if your budget is $100, you won’t find something better.

The Xbox + Adidas partnership did not stop after the debut of the first pair of sneakers and recently the two companies decided to go a step further and create some flashy shoes, which you can see in this is the address. To be able to wear it, there are two requirements: to be one of the most ardent fans of Halo Infinite and to have a passion for the color light blue. Tastes are tastes but if there is a person with these two characteristics on your friends list that you should give a gift to, I’ve done it.

To close out this round of gift ideas for this Christmas, we bring you another Halo Infinite themed object that you can find on Amazon: the mouse Razer DeathAdder V2.0. Razer, near the Xbox exclusive par excellence, has introduced a line entirely dedicated to the John 117, including mouse, keyboard, headphones and mat. This combination of hardware, or even just one of these four, will make for a fun Christmas for Halo fans, who will be able to take advantage of it not only on PC but also with mouse and keyboard support available on Series X and S for some of its titles.