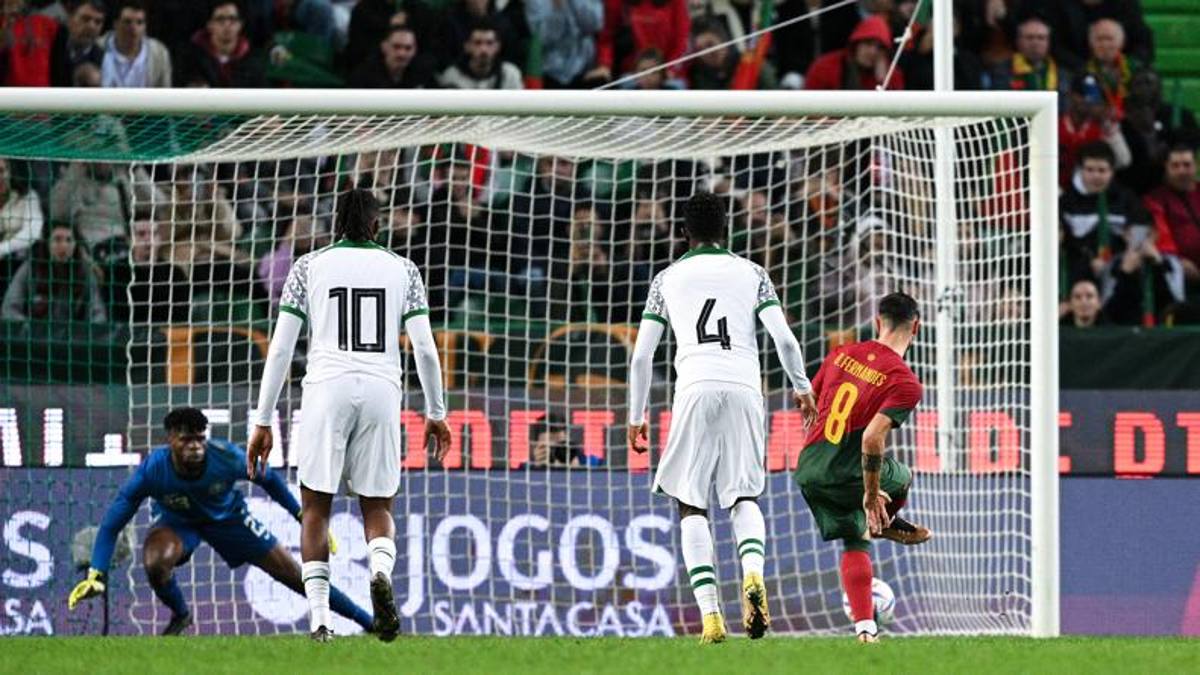 Without Ronaldo (gastritis) and with Leo on the bench, Bruno Fernandes (2), Ramos and Joao Mario scored in Lisbon. Ghana-Switzerland 2-0, Canada-Japan 2-1, Jordan-Spain 1-3. Zyech scored from midfield in Morocco’s 3-0 win (without Guara) against Georgia.

Two goals in a 4′ gap helped Ghana beat Switzerland in Abu Dhabi. The Black Stars took the lead in the 70th minute when Muhammad Salisu headed in a corner that saw Switzerland’s defense looking on. Antoine Semenyo’s double after Yann Sommer’s short clearance from Kamaldeen Suleimana’s shot. Ghana take on Qatar in Group B on Thursday, while Switzerland face Cameroon in Group G on the same day.

Today’s friendly match between Iraq and Costa Rica in Basra has been cancelled. Costa Rica did not take the field due to non-compliance with the agreement between the two confederations. A Central American requested that their passports not be stamped at customs (entering a country considered “rogue” by the US requires various procedures, for example even those who do not normally require a visa to enter the States. ) . But border officials rejected the request, so the national bus reversed itself and retreated into Kuwait. Not to disappoint those who have already bought tickets, the Iraqis played against each other, Iraq A and Iraq B, which ended 1-1.

In Dubai, the Japanese took the lead after 9′ with Yuki Soma following an assist from Kaku Shibasaki, and the North Americans hit a right-footed shot with Steven Vitoria in the 21st minute. The Asian goalkeeper can’t do anything. Miki Yamane’s final pole to deny Japan victory. Penalty to Canada in 94th minute: Yamane fouls Lauria. Cavallini decides to “be the spoon”, Konda plays, but he has already crossed the line when he rejects the ball. It ends 2-1.

In Amman, Louis Henrique’s side beat Jordan 3-1, but it didn’t look too bad. Spain took the lead in the 13th minute through Anzu Fati, man of the match in the first half. In the second half, Kavi doubled (56′), he received the ball on the spot and easily beat the Jordanian goalkeeper with his right foot. The third goal was a remarkable piece of work: in the 84th minute Jeremy Pino served Nico Williams, who beat Al Fakhouri with a nice diagonal. Jordan took a deserved goal off the flag in full extra-time: Mohamed Abu Zraik’s cross to Hamza Al Tarador, past Azpilicueta, and the right winger’s brilliant touch beat Sanchez to make it 1-3 in the final.

In Sharjah (United Arab Emirates), Sevilla striker Youssef N-Nesiri headed Morocco ahead 5′. In the 29th minute the double saw the Georgian goalkeeper off the posts and beat him with a deadly shot from midfield. Among the Georgians, the Neapolitan Kvara is still at rest, not even on the bench. Three in the 72nd minute: Boufal breaks free in the area, his shot slips in Kashia’s hand, the referee is a stone’s throw away and no doubt, it’s a penalty. It changes Boufal himself. It was Zarori who came close to scoring the fourth goal, managing to put Mammartashvili in a corner.

In Lisbon, 9′ is enough for Portugal (without Ronaldo, stopped by gastritis, and with Leo on the bench) Pass: Bruno Fernandes hits a right-footed shot following Diogo Dalot’s assist. Penalty in the 34th minute for the hosts: Bruno Fernandes stands in the area and his cross is handballed by Pride Osai-Samuel. Another Manchester United player signed a double from the penalty spot. Chukwueze (Milan’s goal of the summer) came very close to scoring in the second half, Rui Patricio saving his legs. Joa Felix – A shot by Joa Mario was deflected by a Nigerian defender immediately after a wonder from Usoho. Again a minute later it was the Atletico forward who grazed the post with a great cross. A foul on Ozai-Samuel in the 80th minute earned the Nigerians a penalty, but Emmanuel Dennis sent it onto the post. The 3-0 comes at the right time: the Portuguese corrals action with Vitinha’s through ball to Guerreiro, who supports Gonzalo Ramos in the middle, who has to push the ball into an unguarded net. There is no time to start again and the game and here is poker, the same way as the third goal. The ball reaches the baseline from Joao Félix, who touches Ramos and back-heels past Joao Mario. Even the former Nerazzurri only needed to touch the ball to make it 4-0.

READ  Live and delayed TV schedules, including watching the race on Sky, Now and TV8