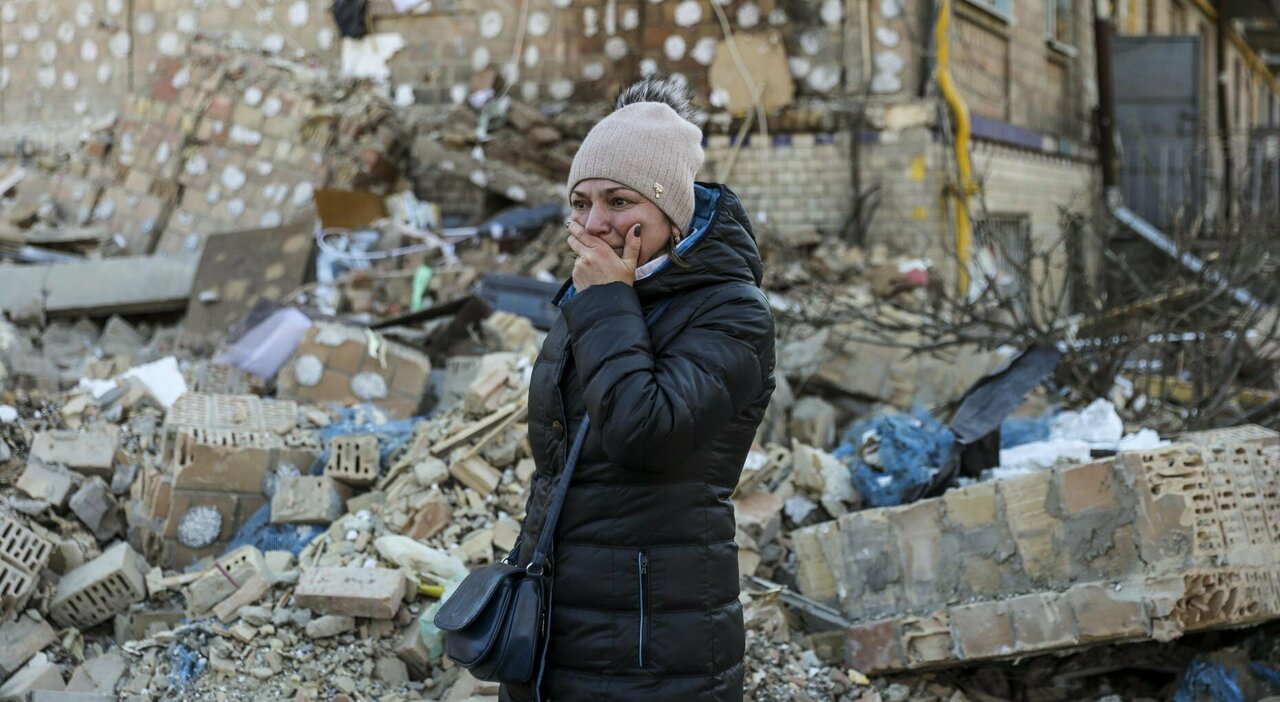 to Mariupol You fight and die in the street. The bombing does not stop, now 4 out of 5 buildings are damaged. Those who can escape, if only on foot, because the fuel has run out. army put it in Arrived in the city center. “We will guarantee the safety of those who laid down their arms and provide humanitarian corridors to transport them to the areas controlled by Kyiv,” Putin’s Defense Ministry said, a way of saying: surrender without a fight. The Ukrainian government rejected the offer. Even the Chechen forces, considered fierce and ruthless, sent by Kadyrov, the leader of the pro-Moscow republic, attack Mariupol, and there is a video clip showing them shouting “Allahu Akbar” after the steel factory invasion (but to the crowd in Moscow Putin quotes the Bible). but now Ukrainians They are trying to respond: they are trying to restore Kherson, starting with Mykolaiv. Several military vehicles were damaged at a Russian district base, and on the network there are videos of helicopters burning in Chornobayvka, near Kherson, a city that has come under the control of Moscow, but there are constant protests by residents against the occupying army. And even around Kyiv, the Russians were pushed back into some remote areas. On Twitter one of my advisors ZelesinkiMikhailo Podolak speaks of a “counter-attack in different regions”.

And on Wednesday evening, the Russians also bombed and demolished the Drama Theater, fearing for the lives of 1,300 people who sought refuge inside. Yesterday afternoon, Ukrainian President Zelensky said that excavations were continuing, and many of them were in the basement. At first 130 people were abandoned, but then, last night, the city council issued a reassuring message: “There are no deaths. Instead, it seems that someone is seriously injured ». But Mariupol is a devastated city, it is the place in Europe where The greatest suffering is concentrated in these hours.The population is unable to escape, left without food, without heating, without electricity.The Ministry of Defense of Moscow explains: “A joint operation of the Russian army with pro-Russian militias in the unilaterally proclaimed Donetsk Republic in the Donbass is underway.” Ukrainian presidential adviser Oleksiy Aristovich admits: “At the moment it is impossible to liberate the city of Mariupol. The closest units of the Ukrainian Armed Forces are engaged in fierce fighting north of Volnovaka. They are under attack by superior enemy forces and at this moment they cannot cope with the liberation of Mariupol. “

Let’s remember: until a month ago, Mariupol was an ordinary coastal city with a population of almost 450 thousand, near the Russian border, overlooking the Sea of ​​Azov, with a beautiful historical center where people go for a walk, go shopping, go To the theatre. The citizen who on holidays is decorated with lights and decorated with a twinkling Christmas tree, on meadows, snow and smiling families. Everything is over. Today, Mariupol is above all rubble, fear, hunger and suffering. A week ago, the Russians bombed the children’s hospital, which contained pregnant women (one of whom died). Escape is almost impossible. The mayor of Mariupol, Vadim Boychenko, told the BBC: “The fighting has reached the heart of the city. The battles between tanks and machine guns continue. Everyone is hiding in bunkers. There is no longer a city center. There is not a small piece of land in the city that has no signs of war.” Zelensky’s right-hand man, Oleksiy Aristovich, is convinced that “the war will end in 2-3 weeks” because the Russian forces are running out.

“The active phase is almost over near Kyiv, Kharkiv, Sumy and Chernihiv. Even if they added some reserves somewhere, and tried to attack, they would end up being defeated. The end here, they lost strategically and lost quickly. I think that in the middle of April, at the end of April, the people of Kyiv who left will be able to return home. Yesterday Putin relaunched: “We are united, we will achieve all our goals.” And then we have to return to Mykolaiv, in the south, where the Russians bombed a Ukrainian barracks: 45 dead. They say from Mykolaiv: “They were all children, conscripts, the invaders wanted to avenge themselves for the losses they had incurred.” But something unexpected happened in Mykolaiv in recent days: Ukrainian troops did not stop at defending themselves, but launched a counterattack, trying to get to Kherson, to recover it. If they succeed, it will be an unprecedented result.