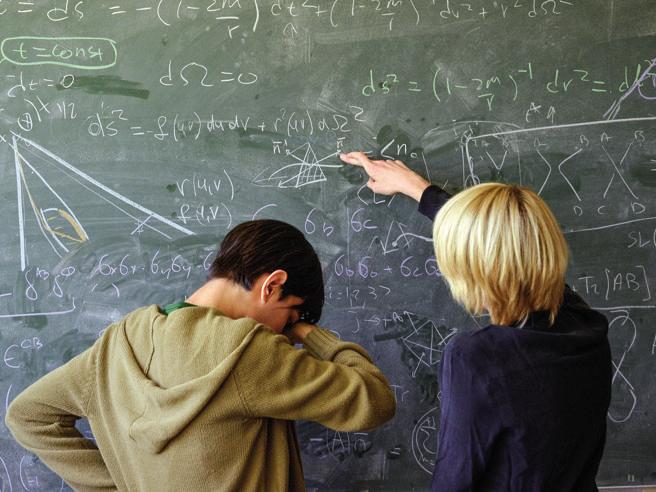 The birth of the Plowman Foundation points the way forward. Unfortunately, Italy lags far behind. We give priority to basic sciences, cultivated in universities

The Bluman Foundation was born in recent days, at the initiative of a farsighted engineer from Brescia, Giovanni Franceschini. The Foundation aims to support basic theoretical research: research aimed not directly at applications, or the development of what already exists, or at new technology based on what we know, but rather aimed at understanding things more comprehensively. We ask ourselves beyond what we see: Find the best conceptual framework for understanding reality. I was inspired by this wonderful initiative of Some considerations about the value of pure science and how it can be supported, Because I think we also lose this value in the logic of investments in advances in research.

Our civilization exists thanks to a set of conceptual tools, developed collectively. This together is our culture. The wealth of our civilization is not in material goods, in this heritage of knowing how to think and knowing how to do. At the end of World War II, Europe was in ruins and material goods were largely destroyed. Within two decades, Europe had reverted to being one of the richest places in the world, because its culture had not been destroyed. It was its richness, and in the ability to think: in its conceptual tools. Basic scientific knowledge is an essential component of this heritage: it is an essential part of the contemporary world. Technology, medicine, industrial plants, aviation, chemistry, complex systems, information management, etc., none of this would exist if it were not based on basic scientific thinking. A common collective heritage is not immutable, and it is not a reliable treasure. A continuous growth process, the spread of which feeds our civilization as a deep root.

From the classical schools of Athens such as the Lyceum and the Academy, from the first European universities of the eleventh century, such as Bologna and Padua, to the greatest centers of knowledge of the modern world and culture, and in particular Scientific culture linked to education. Structural Correlation: Culture grows by transition and transmitted by growth.

Pure science is born, found and grows because universities exist. There are also research centers, but the best are extensions of large universities. In my search field, for example, The prestigious Princeton Institute for Advanced Study, on campus In fact, it is fully integrated into the most prestigious American university.

Italy invests so little in basic research because it invests so little in university. It spends much less than all other countries with the same GDP on advanced education. A single Harvard University has a similar budget to all Italian universities. Among the 42 countries analyzed in OECD data, Italy was almost the last in terms of the percentage of graduates, just ahead of countries such as Indonesia and Brazil. The country I live in, Canada, has over 60 percent of college graduates. About these figures are the main European countries. and Russia. Korea up to 70%. Italy is less than 30%. We don’t know Italians. To reach the level of a civilized country, Italy must double the number of university professors of all disciplines. Among these professors, due to our great scientific tradition, there will surely be some who will make a wonderful pure science.

On the contrary, in recent years, investment in research has focused almost entirely on project financing, and its evaluation by expert committees. The idea was to focus them on merit. I’m increasingly convinced that this wasn’t good for science. Experts – like everyone – are convinced of their ideas, They divide funding between projects that develop their ideas and not others. Entire areas of research are paralyzed by the dominance of single schools, which proliferate despite their failures. Good research is not done by spending most of the time, as unfortunately happens today, writing projects trying to guess what the experts on the committees want to fund. This is done by locking yourself in your studies or lab, discussing science with colleagues, and thinking about problems, not where to find money for students, collaborators, or experiments.

READ  Atalanta, Scalvini: 'I didn't expect to find so much space'

There is nothing wrong with linking public and private research investments to university-industry cooperation, of course, applied research is of great value. But it has nothing to do with pure research. The investments aimed at collaborating with our industries are analogous – to effectively steal an image of Engineer Franceschini – of what Newton and Maxwell would have done if, instead of paving the way for the future, they devoted themselves to improving coaches. If the government intends to invest in pure research, is that so Italy is among the countries that create culture at the highest levels, It can, but not by confusing a return to industry and pure science.

On the other hand, the centrality of the university in the growth of basic knowledge does not mean that the private world cannot and should play an important role. The great Anglo-Saxon universities grew and prospered thanks to private investment. But they are not investments with a goal of short or medium-term return. They are people who believe in a common project of humanity and want to contribute. These days I work in one of the most important centers of theoretical physics in the world, in Canada, born out of a non-repayable loan of $100 million, made by Mike Lazaridis, founder of RIM, one of the pioneers in the smartphone revolution, that of BlackBerry. This sponsorship is an essential aspect of the success of these countries. Whether it is the state, as in most socialist countries, or private wealth, as in most capitalist countries, or whether, as in the time of Newton and Aristotle, it is the privilege of the aristocracy, the basic knowledge of humanity grows when he has the possibility to believe in the value of knowledge. I believe that there is also room in our country for informed patronage of science, and the state should facilitate this process both financially and legally. The Plowman Foundation, with which these considerations were opened, is a prime example of this.

The enterprise was born out of the success of the Brescia-based company Tecnosens, which specializes in sensors and measurement systems. The engineer Franceschini who founded, directed and grew it, always eager to know and ask questions, decided to ensure the continuity of the company by transferring part of the ownership of the company itself to a foundation. The foundation’s articles of association have the dual objective of ensuring the company’s future and growth, and directing the portions of profits that have not been reinvested in promoting and supporting theoretical and conceptual research in fundamental physics. The Foundation supports the research activity of groups and individual young researchers, involved in this essential, but insufficiently cultivated, aspect of the intellectual growth of our civilization. Our society allows and facilitates the logic of profit because it hopes – rightly or wrongly – that it contributes to the growth of the common welfare. I find it very good to have someone aware of the responsibility and debt to the community that stems from that. What’s more, there are those who believe that hopes for our future do not come from more technology or more GDP. They come from more knowledge, more awareness, and more individual responsibility for the common good.

READ  Ukraine. The story of Alaa, from great research to 83-year-old science refugee


Promoting theoretical and conceptual research in fundamental physics is the goal of the Bluman Foundation, which was established by engineer Giovanni Franceschini, businessman from Brescia, President of Tecnosens spa, a leading company in the field of sensors for measuring physical and chemical quantities and in the optical fiber laser sector. At the head of the institution are President Franceschini and a scientific technical committee made up of three eminent physicists: Carlo Rovelli (Cts Head), Eugenio Bianchi and Guido Tonelli. The CTS will identify individual or group subjects, which it will confer the status of fellow of the institution, and will support their research. For more information on the activities of the Bluman Foundation, visit the website blaumannfoundation.org