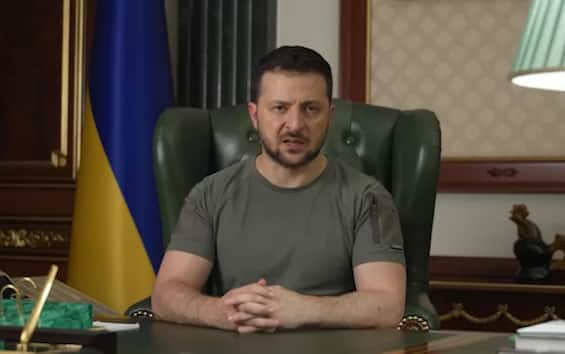 Three civilians were killed and three others were wounded, yesterday, following an attack by Russian forces in the Donetsk region of eastern Ukraine: the head of the Regional Military Administration, Pavlo Kirilenko, announced via Telegram. The letter reads: “On August 1, the Russians killed three civilians in the Donetsk region: two in Marinka and one in Solidar. Three more were wounded.” The head of the Kyiv presidential office, Andrei Yermak, said in an interview with the Japanese public radio station NHK, that Ukraine would never make concessions regarding independence and its territorial integrity. “In this war we will never make concessions in terms of independence, territorial integrity and sovereignty,” Yermak said, according to Ukrinform. Yermak stressed that the next few months will be crucial for the Ukrainian forces on the battlefield, noting that a prolonged conflict may be in the interests of the Russian forces. He explained that if the fighting continues until the winter, it will be difficult for Ukraine to regain its territory. Some 41,170 Russian soldiers have been killed in Ukraine since the invasion began, according to the Kyiv army. In its update of Moscow’s losses so far, the Ukrainian military notes that 223 fighters, 191 helicopters, and 793 drones have also been shot down. Ukrinform reports that. In addition, Kyiv forces claim to have destroyed 1,768 Russian tanks, 936 artillery systems, 4,014 armored personnel carriers, 15 ships and 174 cruise missiles.