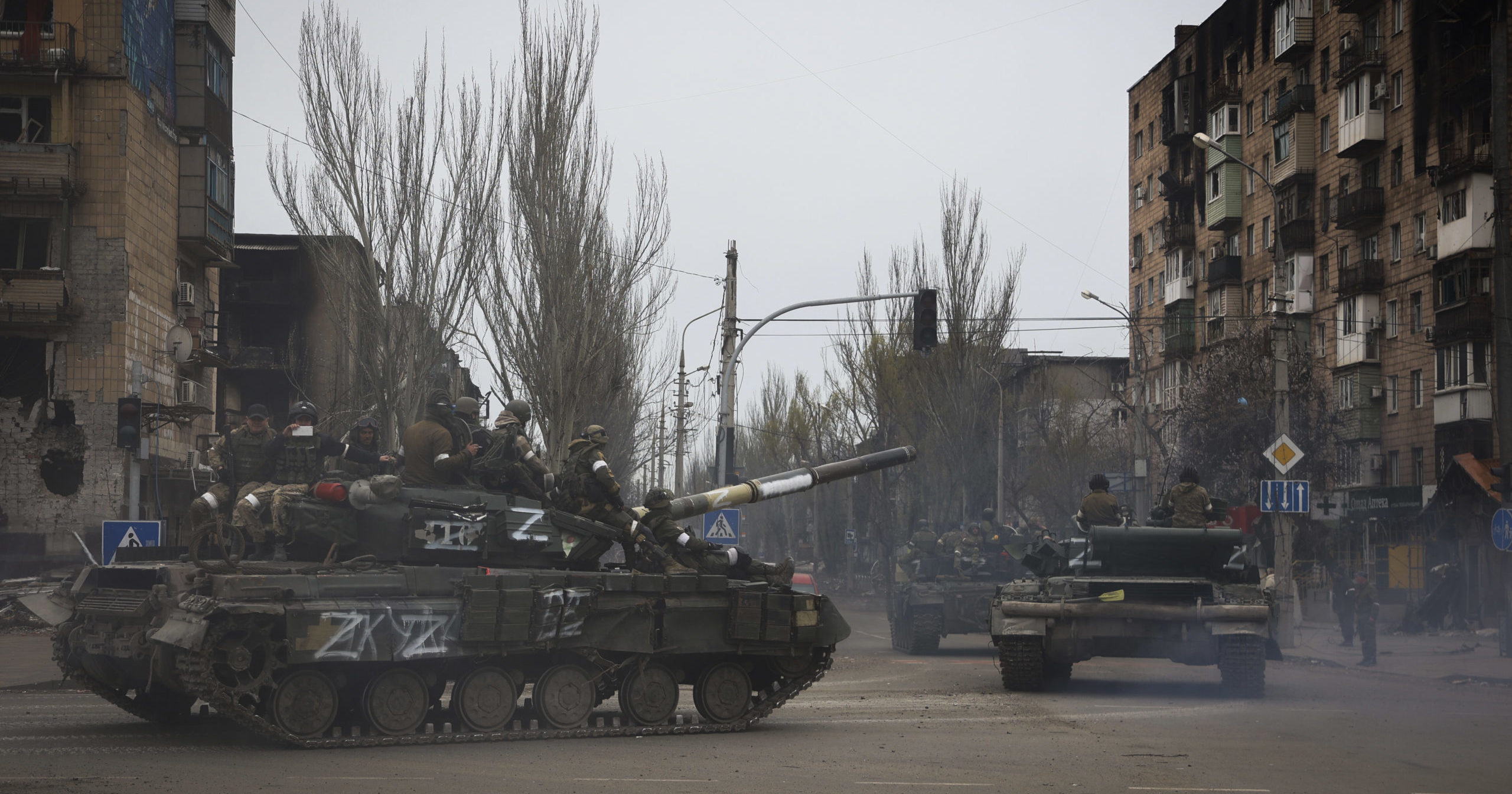 It is clear that the situation of the Ukrainian crisis is getting worse and the possibility of start negotiations Looks like he’s moving away drastically. I will not make much reference to the evolution of the tactical situation on the ground, which can be subject to developments in favor of one or the other competitors, even in a fairly short time. There are other indicators that may have a more “long-term” effect than individual ground battles.

It was expected that Moscow would aspire to obtain Check of two large plots of Ukrainian land, without allowing any continuity between them. One is one along eastern border Ukraine (perhaps coincides with the whole of Donbass) thanks to the great industrial and mineral wealth of this region. The other is the one that runs along Azov sea and the black seauntil the establishment of regional continuity with Transnistria Ideally, to get an important port city Odessa. The acquisition of this second coastal strip represents a very “ambitious” goal.

This objective was anticipated in consideration of strategic vision Russia regarding the Black Sea, but recently, for the first time, this understanding was officially announced by high military figures Russian. Attacks on the Ministry of the Interior of the self-proclaimed Republic of Transnistria were reported around the same time. It is clear to think that such attacks, whether right or wrong, may constitute For war a reason for to justifyengage in conflict Transnistria and Russian troops stationed there for some time. Such forces (some say 12,000 men, so) could contribute from the West in a maneuver tend to join the Russian forces already operating in the region Kherson. It is clear that neither Ukraine, nor the United States, nor the European Union will accept the situation that has deprived Kyiv of indispensable Odessa. access to the sea. The extension of the conflict in this sense, towards Transnistria, cannot but remove any negotiating hypothesis.

It will then be necessary to see how Moldova which has so far tried not to intervene in the conflict and which, unlike Ukraine and Georgia, has never expressed its intention to Joining the Atlantic Alliance. That is, will it stand idly by, or will it take advantage of the situation and secure military support that the West will guarantee to regain control of the territory of the unilaterally proclaimed Russian-speaking republic and settle some unfinished business?

Another element of concern is due to Ministers meeting The defense of forty western countries a Ramstein In Germany. The stated purpose is to decide on sending heavy weapons (artillery, tanks, aircraft) to Ukraine. The United States, as is known, is putting strong pressure on the allies in this regard. Some preliminary notes.

while sending Anti-tank weapon systems Or anti-aircraft can be easily hidden, this concealment will be difficult when you point to it Self-propelled tanks or howitzers. It is understood that such caravans will be natural goals for the Russians. Even before entering Ukraine and thus the territory of one of the NATO countries? If the situation on the ground worsens for the Russians, it is likely.

These are also mediums that will not currently be part of Ukrainian arsenals Thus, Westerners must train the Ukrainian army to use them. If such training is not conducted inside Ukraine, given the European confusion, can Russia intend to strike at the bases in the NATO countries where such training takes place? Maybe.

In this context, the British Deputy Defense Minister said in Parliament that it would be “correct” for the Ukrainians to use weapons donated by Britain to strike Military objectives on Russian territory (That is, it is clear that once they are given weapons they can use them however they want, but was it appropriate to advertise them at this point?). response deduction from Russian speaker Who stated that at this stage they will be allowed to strike military aid convoys also in the territory of NATO countries.

However, the insistence of the United States on this issue may also indicate something else. This is, as expected, a file Penalties Economic does not have decisive effects to conduct operations on the ground. It was assumed that the effects could not be seen within a few months. These are time consuming procedures. Therefore, Europeans must be persuaded make more effort militarily. From this point of view, the choice of the meeting place could not escape: Rammstein.

Ramstein is not only a quiet German city, it is also home toAllied Air CommandThis is the NATO command on which the potential use of all NATO air forces depends. The choice of location would mean sending the following message to Russia: at the moment we are discussing sending heavy weapons, but in the meantime we have gathered there, where perhaps NATO air support for Ukrainian ground operations (obviously in “prudent planning”, with maximum consideration) Caution, such an option should already be technically evaluated).

In conclusion, on the other hand, the territorial ambitions that Russia expresses always appear less acceptable for the purpose of negotiation. On the other hand, US statements that “Ukraine can win” at this moment seem mainly useful in ensuring greater commitment on the part of European countries alongside Kyiv and their countries. greater participation in the conflict. The real message appears to be: “In order not to succumb, Ukraine needs significantly more military support than it currently has.” If this armament support is not sufficient to contain and make Russia desist from its intentions, it is clear that a direct intervention Armed with NATO in conflict, with all the implications of such a political choice.

READ  Iran Photo of the minister and his girlfriend without a headscarf infuriates: "fanatics and hypocrites" - Corriere.it