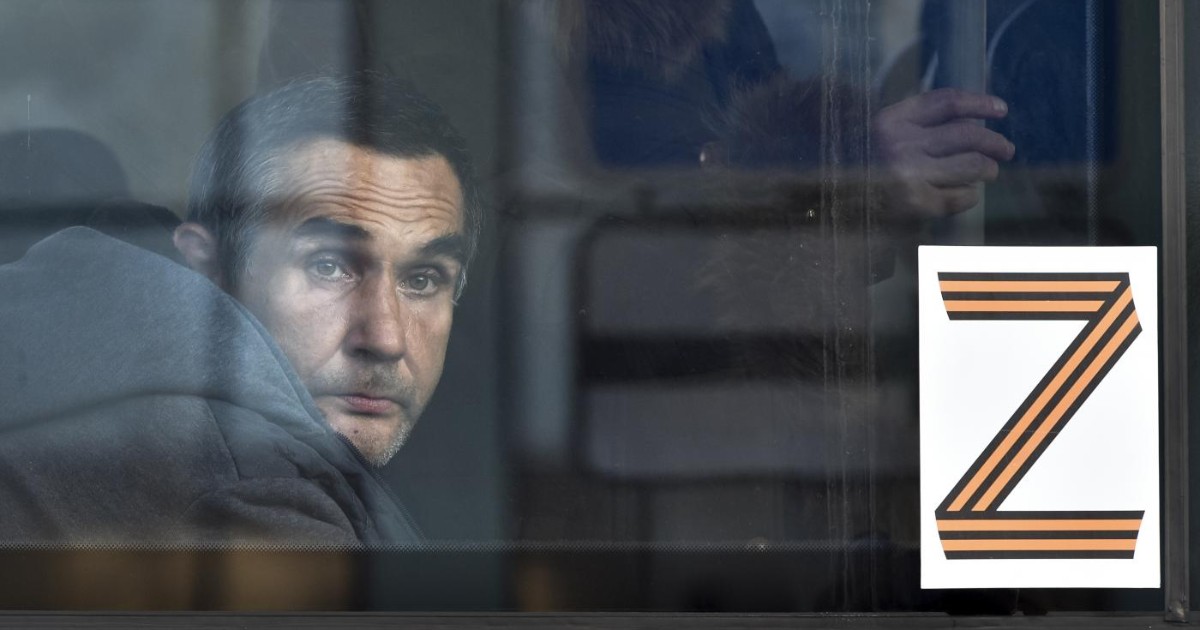 Net: Biden administration divided over negotiations to end the war

The Biden administration is divided with part of the government that wants to pressure Kyiv to find a diplomatic path to end the war, and other advisers believe it is still early days. According to reports from the New York Times, US Joint Chiefs of Staff Mark Milley said he was convinced Kyiv had done everything possible since the winter and should now try to consolidate progress at the negotiating table. On the other hand, other officials believe that neither Kyiv nor Moscow is ready to negotiate: a cessation of hostilities, in their opinion, will only allow Moscow to regroup.

The Guardian: “Ukrainian forces in the center of Kherson”

The Ukrainian armed forces have reportedly reached downtown Kherson as Russia’s withdrawal from the city appears to be marked by chaotic scenes. Written by the Guardian, speaking of Russian soldiers who were wounded, abandoned or captured during the withdrawal, and of Ukrainian bombing as troops crossed the Dnpr River.

Zelensky: Putin is not tired of this war

Volodymyr Zelensky said he does not believe in the prospects for peace negotiations with Russia as long as Moscow continues to speak the language of ultimatums. And in an interview with CNN, the Ukrainian president said: “Only the Kremlin, only one person leading Russia, did not get tired of this war. He said – referring to Putin – maybe he is tired of life because of his age, but he certainly is not tired of war.” Zelensky noted that when Russia really wants peace, “we will listen to it and we will definitely meet,” however, at the moment, the statements of the Russian side on peace talks remain just words. “Words are not enough.. stop the war.. leave our lands.. stop killing people.. start repairing the damage done to our country.. bring criminals to justice.. but for now.. these are just words,” he added.

READ  Queen Elizabeth, left the secret message "will open in 2085" for Australians

The United States buys weapons for Ukraine from South Korea

The United States will buy artillery shells destined for Ukraine from South Korea. This was revealed by US officials to the Wall Street Journal. This is an unprecedented fact, a sign of Washington’s difficulty in finding weapons to help Kyiv in the war against Russia. According to sources, the United States will purchase 100,000 rounds of 155 mm caliber, which is enough to supply the Ukrainian forces for several weeks.

Kyiv excludes the Russian language from the school curriculum

The Kyiv City Council completely excluded the Russian language from the curricula of preparatory school and municipal secondary schools. The resolution was supported by 64 deputies at the plenary session of the Kyiv City Council. Kyiv municipal council member Vadim Vasilchuk said that the Committee on Education, Science, Family, Youth and Sports described it as inappropriate and wrong to study Russian in schools and kindergartens in the capital under the conditions of the war with Russia.

Biden: The war will end when Putin leaves Ukraine

The conflict in Ukraine “will not end until Putin leaves the country.” US President Joe Biden told reporters before boarding Air Force One that will take him to Cop27 in Sharm el-Sheikh.

Zelensky: a sarcastic response from the Russians to Mikolaev

The raids on Mykolaiv “are a cynical response of the terrorist state to our successes on the front. Attack on a 5-storey apartment building: destroyed from the fifth to the first floor. Unfortunately there are deaths and injuries. Rescue operations are underway. Russia does not abandon its despicable tactics. And it will not We give up our fight. The occupiers will be responsible for any crime against Ukraine and the Ukrainians.” Ukrainian President Volodymyr Zelensky writes it on Telegram. Meanwhile, the region’s governor, Vitaly Kim, said five people were killed in the raid.

Kyiv: “The Russian withdrawal from Kherson is an important victory”

Russia’s withdrawal from Kherson is an “important victory” for Ukraine. To say this in the tweet of the Minister of Foreign Affairs of Kyiv, Dmytro Kuleba. A poster in Belozerka near Kherson said: “Russia is here forever. Well, not really! To everyone in the world, including the Association of Southeast Asian Nations (ASEAN) where I am currently: Ukraine is having another big victory right now, and it proves That whatever Russia says or does, Ukraine will win,” Kuleba wrote. Along with the tweet, Kuleba posted a video clip showing civilians removing the poster mentioned in his message, which depicts a girl holding the Russian flag with the caption “Russia is here forever,” according to the minister himself.

The Ukrainian army has entered the western suburbs of Kherson, according to some photos on social networking sites identified by CNN. The Ukrainian troops were reportedly welcomed by the festive residents of the Shuminsky district of the Ukrainian capital. In the geotagged photos of the American Channel, citizens flooded the city’s central square, waving and waving Ukrainian flags in celebration of the city’s liberation from Russian occupiers.