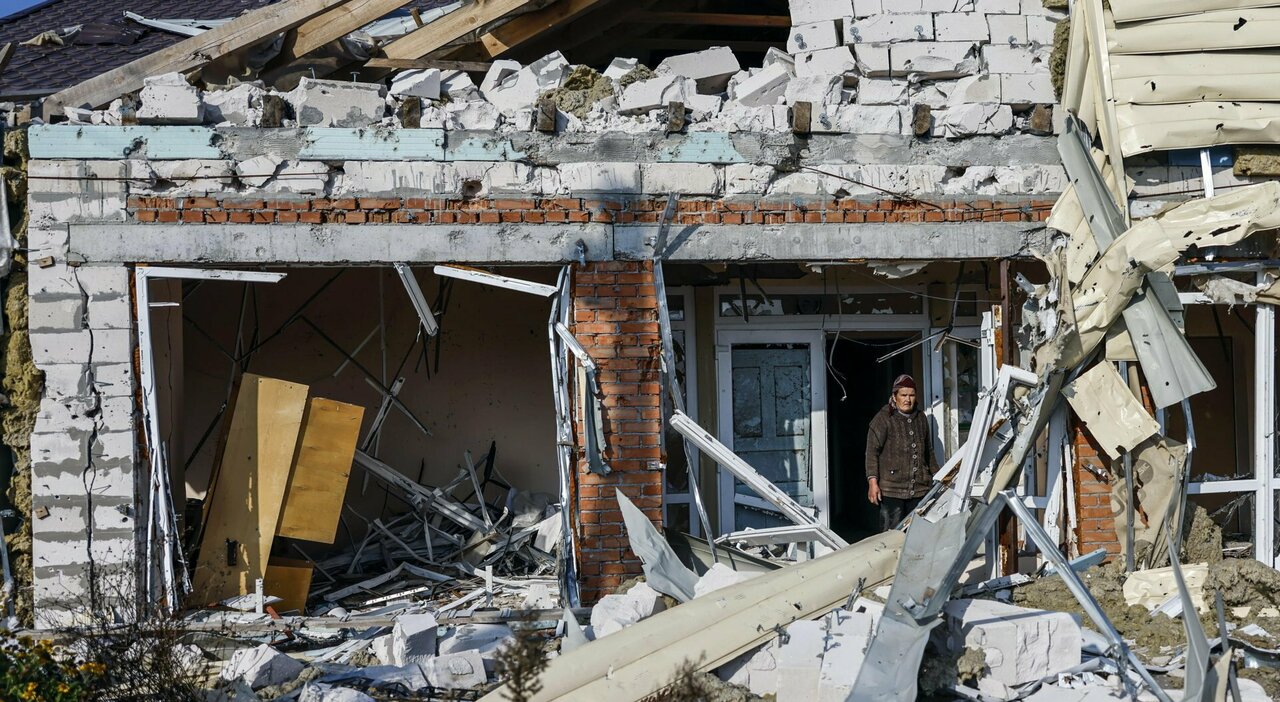 Independent Russian media Verstka reported that on November 2, a whole battalion of Russian conscripts was killed by Ukrainian fire, near the village of Makeyivka in the Lugansk Territory. The victims will be hundreds, according to Verstka, who cited one of the survivors, Private Oleksiy Agafonov. The battalion consists of soldiers mobilized from the Voronezh region of Russia. On the night of November 2, the unit was bombarded by Ukrainian artillery, Agafonov said, as Russian commanders fled their positions, speculating that more than 500 soldiers could be killed or wounded.

Independent Russian media Verstka reported that on November 2, a whole battalion of Russian conscripts was killed by Ukrainian fire, near the village of Makeyivka in the Lugansk Territory. The victims will be hundreds, according to Verstka, who cited one of the survivors, Private Oleksiy Agafonov. The battalion consists of soldiers mobilized from the Voronezh region of Russia. On the night of November 2, the unit was bombarded by Ukrainian artillery, Agafonov said, as Russian commanders fled their positions, speculating that more than 500 soldiers could be killed or wounded.

Kyiv: The Russians expel Kherson and withdraw the artworks

Not only are they deporting civilians in Kherson, imposing an evacuation duty, but the Russians are plundering the city, taking ambulances, tractors, private cars and even artwork. This was denounced by a Guardian reporter in an article in which he noted that looting does not exclude “the archives, paintings and historical sculptures of local museums”. The bones of Grigory Potemkin, friend and lover of Catherine the Great, which were kept in the crypt of St. Catherine’s Cathedral, were also to be ripped out. The Russians transfer everything to the left bank of the Dnieper, adds the British newspaper, which notes that with the forced evacuation it is no longer known the number of 300 thousand inhabitants of Kherson.

Bosha: Shocking new video about the massacre of civilians

The atrocities suffered by Russian soldiers in Busha, Ukraine, last March are resurrected in a shocking video clip produced by the Associated Press and a US television channel. Fourteen minutes of photos, interviews and even a 3D model of the city to reconstruct the war crimes committed by Vladimir Putin’s forces. Last May, the New York Times published two videos about one of the cities martyred in the Russian invasion. In this new video, there are also dramatic testimonies of the families of 450 people, including many children, who were slaughtered. In the documentary, there is also the account of witnesses who spoke of the torture they were subjected to and wiretapping of Moscow forces who confessed to the “purge”. The Kyiv Prosecutor opened an investigation into Bucha’s atrocities and announced that they had found evidence of a “mass execution”

The Pope for the Youth: Respond, do not support wars

The Pope asks young people to “respond”, not “support” wars and conflicts. “Living as brothers and sisters – Pope Francis emphasized that speaking to about eight hundred young men at the Sacred Heart School in Bahrain – is a universal call to every creature. It is you young people, especially you, who have faced a pervasive tendency to be indifferent and show intolerance for others, even From endorsing wars and conflicts, we are called to interact with a new dream of brotherhood and social friendship that is not limited to words. Words are not enough: there is a need for concrete gestures made in everyday life.”

“Additional restrictions” have been imposed on electricity supply in the Ukrainian capital, Kyiv, and in several other regions. It is the local operator that transmits it.

Alert for air raids across Ukraine

An alarm bell rang this morning all over Ukraine with the exception of occupied Crimea. Authorities called on residents to stay in shelters, and reported a missile threat across the country. Ukranska Pravda Report.

Zelensky: “We are ready for a just peace”

Everything the Russians are saying to some foreign leaders about their alleged willingness to negotiate is wrong. When a person thinks of negotiations, he is not looking for ways to deceive everyone around him into sending tens or hundreds of thousands of people into a meat grinder. We are simply ready for peace, for a just peace, and we have expressed its formula many times. The world knows our position: it is respect for the Charter of the United Nations, respect for our territorial integrity, respect for our people, the punishment of all the guilty, and full compensation for the damage caused by Russia ». So said Ukrainian President Volodymyr Zelensky in his usual evening message. “Ukraine will be free. Our borders will be fully restored. Whether on land or at sea. Both east and south. Glory to Ukraine! ”

Yesterday, the Ukrainian army repelled Russian attacks near 14 settlements in the Lugansk and Donetsk regions of eastern Ukraine: the General Staff of the Armed Forces in Kyiv announced today, the Kyiv Independent newspaper reported. The Chief of Staff said that the Ukrainian forces bombed important Russian military installations and two command posts, adding that six Russian refueling stations near Novovasilievka in the Mykolaiv region were also destroyed.

Russian forces last night bombarded the Vilnyansk district of southern Ukraine’s Zaporizhzhya region with S-300 missiles: the head of the Regional Military Administration, Oleksandr Staruch, reported via Telegram, Ukrinform reported. “After midnight, the enemy attacked the Vilnyansk region with S-300 missiles,” Staruch wrote, adding that no casualties or injuries were reported, but the buildings of three companies and some cars were damaged.

Ukrainian Foreign Minister Dmytro Kuleba expects to conclude some agreements with international partners on Ukraine’s air and missile defense systems by the end of the year. Unite reports.

Ukraine, live at war today November 5, the 254th day of clashes and the tenth month since the invasion requested by Putin’s Russia.

Intensifying Ukrainian counterattack Ukrainian forces launched four HIMARS missiles, supplied by Kyiv from the United States, against Svatovo, in the “Luhansk People’s Republic”. It was reported in the Telegram channel of the representative office of the “Republic” that “Ukrainian armed formations bombed the village of Svatovo with four HIMARS missiles.”

“Today we must think not about pumping additional weapons to Kyiv, but about how to find a negotiated solution. The improvement in relations between Russia and the United States is not at all, said the Russian ambassador to the United States Anatoly Antonov, speaking to the press, according to TASS reports. . The horizon in a medium-range perspective. “With regard to the new decisions of the US administration on additional arms supplies to Ukraine, I would like to stress that our so-called partners continue the wrong policy, believing that the problem can be solved on the battlefield and continue to spend more energy and means. They are now massing the armed forces near the border,” Antonov said. Russian.” The ambassador, speaking in San Francisco, complained that “the staff of the Russian consulate offices in the United States will continue to retreat because the terms of the staff’s mission expire and the American side does not issue them new visas.”