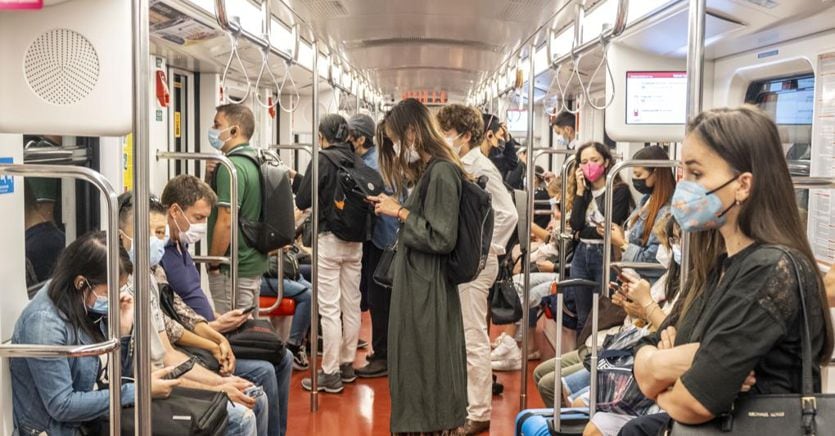 Technically “tariff updates”, in practice increases. The price hike to keep up with inflation, which is periodically applied to public transport fares, is gaining weight this year. It has already come into force in some cities, and in others it has been “frozen” in the hope of future policy decisions that could prevent an increase in users.

In Turin, the price of the integrated city ticket (Bim A for 100 minutes), the favorite of travelers, is valid on the Turin city and suburban network, in the subway and on the Trenitalia and Gtt railways within the limits of the first and the belt rose from July 1 to 3 euros and 50 cents For the previous 2.7 euros. On the other hand, the price of a single ticket for moving around the city (city) remained unchanged at 1.70 euros, and the daily price was 3 euros. In Naples, where local transport fares have not been adjusted since 2017, starting from August 1, the Anm urban mini-flight has moved from 1.1 to 1.2 euros.

These are just two examples of how many major cities have decided to implement recent regional decisions that provide for adjusting the cost of tickets with the trend of inflation. The tariff mechanism provided for in the national legislation for the sector is standardized (Legislative Decree 422/1997) that allows regions to make these adjustments, but the recent rise in prices can translate into a significant increase in passengers, not always accompanied by an improvement in the quality of service.

From Marche to Puglia

For now, based on a survey by Sole 24 Ore on Monday, five regions have agreed to the price adjustments: Marche, Piedmont, Lombardy, Campania and Puglia. “It is not surprising – says Tiziana Toto, director of consumer policy at Cittadinanzattiva – that increases are being determined today: We came from Covid nearly three years ago with huge losses in the transport sector and with reduced resources now in the hands of local authorities. Inflation has made Adjustments are inevitable.”

The fact is that the application on the territory of these modifications requested by the territories is still very diverse. Local authorities able to step in to cover the higher costs – which covers only 30% of the share paid by passengers, the lowest in Europe – avoid or relax the tariff adjustment. Others who take time before discussing the matter, also because the process often requires time and technical costs to reprint tickets that cannot be immediately afforded. Finally, there are those who have already discussed, and often decided to download higher costs on regular tickets and not on subscriptions to protect ordinary users.