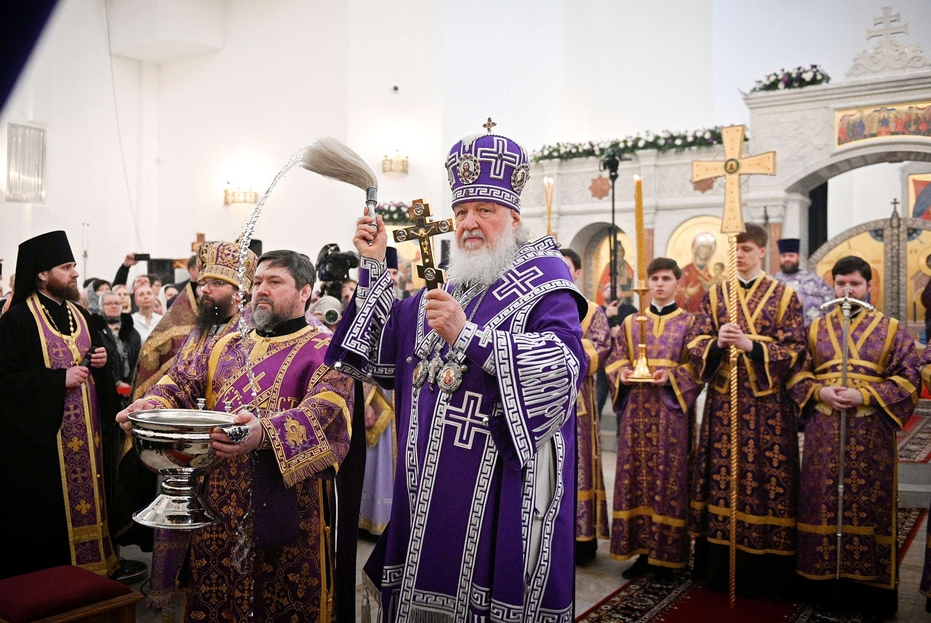 Despite the “ecumenical” demands to distance himself from Putin, despite the growing domestic criticism, albeit timidly, Kirill does not change the strategy. On the contrary, it reaffirms the legality of armed action against Ukraine, referring to Russia’s legitimate defense mechanism, which he says is threatened by its security. Last Sunday’s sermon was very clear on this. In the Church of the Intercession in Fili, the Patriarch of Moscow and all Russian believers called to unity. “In this difficult period that our country is going through,” said Kirill, “I hope that the Lord will help each of us to unite, even around power. Thus – and he continued – true solidarity will appear in our people, as well as the ability to renounce external and internal enemies, and build a life with more goodness, truth and love.

A position in keeping with previous interventions, beginning with the March 6 sermon when Kirill evoked the metaphysical nature of the West’s fight against false liberties and sin reduced to a simple change in human behaviour, as evidenced by “gay shows”. Statements that created confusion even within the Orthodox world associated with Moscow. In particular, a group of Ukrainian church priests who remained loyal to the Russian Patriarchate after the autonomy of the other Ukrainian community in 2018, would like to sue the patriarch in the Council of Heads of the Old Eastern Churches. At the moment, according to the agency L .“Ukrainska Pravda”, the appeal was supposed to be signed by 191 priests but the number is destined to grow. The “No Interdenominational” front was also heated, with the hypothesis of the expulsion of the Moscow Patriarchate from the Ecumenical Council of Churches (CEC), an organization of which 349 members belong, mainly Protestants, Anglicans and. Orthodox traditions.

“We are all angry, frustrated and disappointed, and humanly and emotionally, we tend to make immediate and drastic decisions – told Reverend Ioan Soka, interim general secretary of the Central Economic Commission, Traffic Agency –. But, as followers of Christ, we are charged with the service of reconciliation and unity. As CEC, we are called to We will be a platform for meeting, dialogue and listening even if and when we disagree.” However, the decision is up to the Central Committee which will meet from June 15 to 18 to prepare for the Eleventh General Assembly, scheduled to take place in Karlsruhe from August 31 to September 8. In the background, The intention confirms not to break the thread of dialogue with a possible meeting between the Pope and Kirill.On his return from Malta, the Pope mentioned the Middle East as his headquarters, a hypothesis re-launched by Archbishop Hilarion on Sunday.

During the TV program “Chiesa e Mondo”, on Russia 24 channel, the head of the Department of External Church Relations of the Moscow Patriarchate in fact confirmed that for the interview, a territory is considered in which the Christian population needs support. . So, the Middle East is clearly one of the priority areas”, but we can’t yet talk about dates and locations “because everything is being worked on”. On the Catholic side, unofficial sources point to Jerusalem as the place where the Pope will arrive from Lebanon At the end of his unofficial visit to the Land of the Cedars on the 14th of June.
READ  Ukraine and Russian missiles on Kremenchug. "He hit a shopping center with more than a thousand civilians" - the world