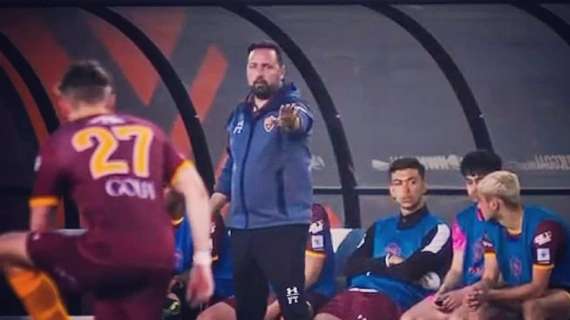 With tonight’s debut for Canada against Belgium, we get to know the North American national team better

Federico Turriziani He is an Italian coach who knows Canadian football very well. Practice today St. Catherine’s Rome Wolves, about an hour from Toronto, is a club in the second division of the Canadian Football League. But for Turriciani, North America isn’t just a place to work, he’s lived there for years and trained by studying in depth a movement that, like the American movement, is best prepared for the 2026 World Cup. They will play on home soil. “The soccer movement in Canada has been around for years, but it’s clear that hosting the next World Cup has given us a shock. In terms of coaches, players, there are many talented players until the age of 15-16, and then there’s the problem. It’s always developed later.”

To overcome this problem, they have decided to open a bridge with Europe, where already a lot of young people are coming
“Alphonso Davies is a good example, he went to Bayern Munich at the age of 19 and after a year in the second team he became a regular, roaming everywhere. Among other things, he doesn’t even play in that position. With Canada, he plays as an attacking midfielder”.

Which is the best field?
“Midfield in my opinion. They are overshadowed with Porto’s Eustaquio and Toronto’s Osorio. Jonathan David’s star shines in attack but he lacks a true number 9. They have very good players on the counter-attack but they struggle to cover that area.”

Who could be the surprise?
“I mean 2002 Cone. He’s playing for Montreal, he was called up as a joke in the pre-World Cup friendlies, he did so well, the coach took him with him to Qatar. I don’t know how much he’ll do. Play, but I’m sure he’ll be one of Canada’s best players in four years. I believe”.

What are the weak points?
“Defensive change. They press high, they play well in possession, but when they lose the ball they are always prone to very dangerous counter-attacks. Then in defense they have ordinary players, not exceptional ones.”