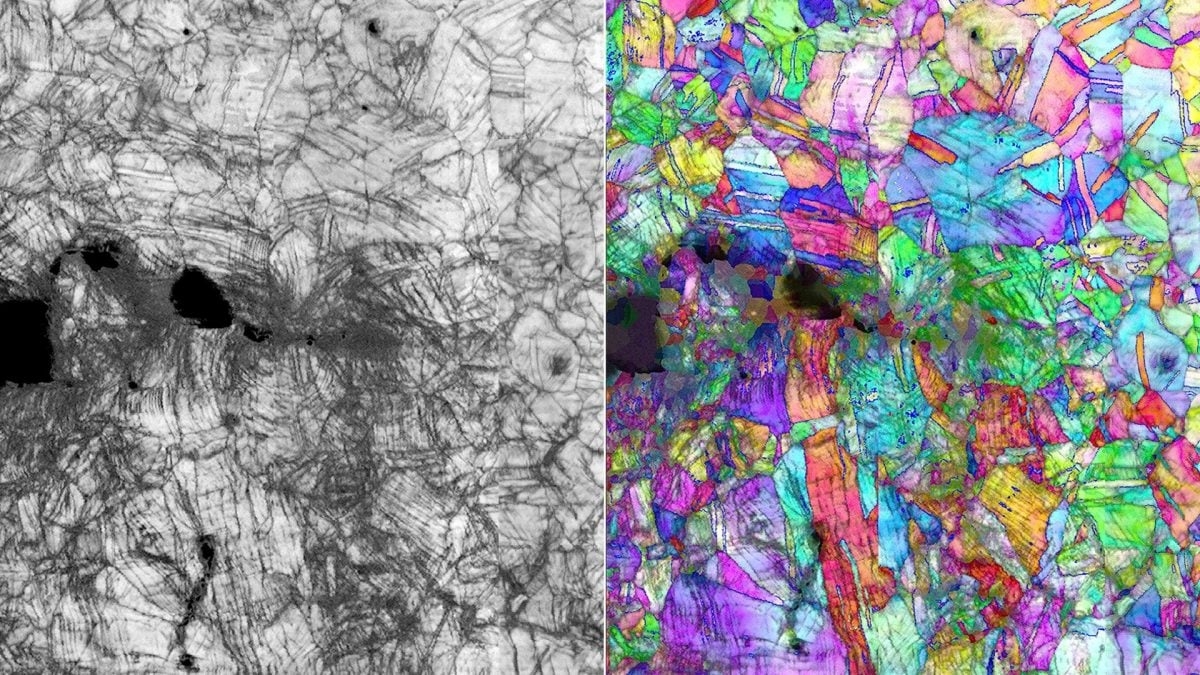 To understand the importance of a discovery like “CrCoNi”, only one fact is enough: if the Titanic’s hull were made of this material, it would never have sank.

It’s just one of the advantages of a new alloy, created with the efforts of two laboratories, Lawrence Berkeley National Laboratory, in California, and Oak Ridge National Laboratory, in Tennessee, that needed 10 years of research and testing to be able to. To donate in the world the hardest substance ever. A period of time in which scientists subjected several samples to extreme temperatures using liquid nitrogen.

In detail, it is a material belonging to the family of high-entropy metal alloys that mixes chromium, cobalt, and nickel, becoming ductile and malleable as well as resistant. In fact, as the UCLA press release explains, “its strength and ductility improve as it calms down.”

CrCoNi has been introduced and explained in detail in the pages of the journal “Science,” focusing on that identified “magic” sequence that allows a new material to first be soft and pliable at will, then become a hardness never recorded. first. The feature lies in the extraordinary ability of matter to mutate divided into four phases and actuated by deformation, a sequence never seen before, since the materials currently known are separate and distinct phases, rather than sequential as in this case.

READ  L'Aquila, Research and Science are back as heroes with Sharper

Needless to say, the use of CrCoNi opens up enormous prospects, which are still to be discovered and a long way off anyway due to production costs, which are currently very high also due to the lack of chromium and nickel. But the first applications will almost certainly be farther afield missions, where being able to rely on an alloy unaffected by the very low temperatures of the universe can make all the difference.