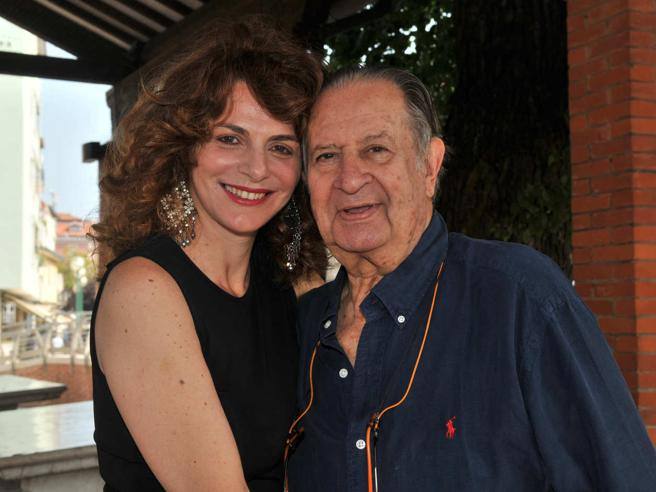 After nearly sixty years of activity, Tinto Brass (born Giovanni Brass) is still considered today as one of the most provocative and polarizing directors on the Italian scene. After that “Who works is lost (at the end of the world)” in 1963, the headlines were signed by the master of erotic cinema from the origins of Venice: among many, “The Key”, “Capriccio”, “Cosi van Totti “and” Monella “. Highlighting his creative path, Brass realized his autobiographical project “Free Passion”He wrote with his wife Katrina Varzi. Today he faces the most difficult and painful pages of his life – after illness Looking back without ever losing the depth of the stinging and ironic analysis that has always characterized his artistic personality.

Sir, I have reached my remarkable 90 years after a cerebral hemorrhage, stroke and ischemia. Is illness an experience that changed you?
“With illness you become more attentive and everything that seems to be taken for granted in daily life acquires invaluable value.”

How do you face this new phase of your life?
“I found happiness by re-reading a past that I thought was lost forever. Memory fascinates me as much as the editing and the work to recover the lost was an opportunity to create a new experience with intensity and richness: “Free Passion,” an uncensored memoir published by Marsilio Edtour, written with Katrina, who relives the most important moments of my life and career. Everyone has their own personal legends and a biography that helps to understand them better. For me, writing it was honoring a religion with life by giving meaning to the present.”

Have you ever thought about death?
“In a state of absolute bodily incapacitation, death can seem like liberation and you have reached that point. Every human being has the right to die with dignity, and in front of a body afflicted with incurable disease or a decisive loss of consciousness, the individual has the right to make the final decision.”

Will he still define himself as a “quiet atheist”?
“Yes. But if God is love, then no one is closer to God than me.”

You are a completely free man and have never liked half-measures. How would you like to be remembered?
“A great ass singer.”

What makes her angry if he says to himself afterwards?
There is no longer anything offensive that is not said or censored about my films. Back to the ‘hard sentence’.

From Greek mythology to Freud, Eros and Thanatos – pleasure and death – have always been closely related concepts. do i have you too
“No, life could be so much nicer if the defamation of hedonism did not suffer the systematic abuse and mutilation of Thanatos.”

How has the view of eroticism changed in recent years?
“Sexual ethics is one of the areas in which we have made the least progress, although we are often told the opposite. It is still wrong to have sex or to desire it. Compared to sexual issues, technology, medicine, and economics have made endless progress. In various ways. We went back, but few things like our sexuality, which are inevitably connected to our emotional lives, determine our happiness or our unhappiness.”

What role does love play in your life today?
“Love Catherine. In addition to beauty and extraordinary sensuality, she is a woman of intelligence and disarming sensitivity. I wanted to marry her almost immediately, so much so that I continually announced it without her knowledge, convinced that sooner or later she would agree. ”

What if he refuses?
“Any alternative would have forced me to spend the most difficult years of my life in deep seclusion. Instead, I am convinced that my work was a reboot, but also a happy ending ».

From Anna Galina to Serena Grande, from Claudia Cole to Stefania Sandrelli, Francesca Delera, Silvana Mangano, Anna Amirati and Deborah Caprioglio, many beautiful women have inspired him and embodied the sexy ideal in his films. Is gratitude a feeling that permeates the world of cinema?
“Gratitude has a short memory. We are grateful for the most implied exchange relationships in the world of cinema as well as in any other professional field.”

Which of your films are you most proud of now?
“Scream.”

On the other hand, is there any movie that, in hindsight, you won’t be able to reproduce or alter?
I was never convinced by the end result of “Yankee (American)”. I’d like to change up some of the sequences, and pollute the cinematic language with the comic language with more daring, because that was actually my goal in the original project. The design hindered him, however, in his achievement through disagreements with the producers».

the chapterI think he collected his inheritance?
“I have no heirs. Instead, I still look with admiration at the works of two missing directors: Jean Vigo and Jean Renoir ».

In the past, I have worked with the biggest names in cinema: from Rossellini to Ivins, from Cavalcanti and Bolognini. Who do you consider your teacher?
“Roberto Rossellini and Joris Ivins were my great teachers. From them, I learned everything I know about the art of montage and cinema.”

How did it feel to work with Rossellini?
“When Roberto suggested that I take care of his documentary about India, I accepted with great enthusiasm. In the evening we watched kilometers of film for hours and hours and while editing the documentary, intimate and playful moments as well as episodes of strong emotional intensity were born. It was truly an unforgettable time in my life.”

And Ivins? How do you remember it?
«With Ivins, I worked as an assistant director on the documentary “Italy is not a poor country”. An in-series documentary commissioned by Enrico Mattei focused on the progress made by the country’s energy industry. Ivins painted Italy in a Third World state, and Rai officials refused to broadcast the full version of the film. The original negative and all copies…except one were destroyed. But I managed to get into the editing room: I stole that copy and took it to Ivins in Paris. Only in 1977, thanks to a documentary by Stefano Messio, the story was shown and those censored contents became the light ».

In Paris from Nouvelle Vague he had the opportunity to replicate sacred beasts such as Godard and Truffaut. How did you approach them?
“At the end of the 1950s, thanks to the film critic, writer and poet Lotte Eisner, I was able to introduce myself to the environment of the Cinémathèque française, where I was responsible for curating the archives and shows organized by pioneering film restoration Henri Langlois.”

How was Paris then?
“The Parisian Nouvelle Vague was a very lively reality. At the time, Truffaut, Chabrol, Godard, Resnais, Rohmer, and Rivet were just as many aspiring directors. After the shows, we stayed together to talk about the movie we had seen and about cinema in general. We talked late at night along the streets of Paris or in bars. In that exceptional company I pointed out that the distinctive means of communicating with the viewer is not plot, but stylistic choices, the signifier ».

Years later, she was offered to shoot A Clockwork Orange and declined. Do you ever regret?
“Actually I accepted. I had decided to shoot ‘A Clockwork Orange’ on the condition, however, that I make ‘L’urlo’ first, but when I got back to Italy the project was proposed to Kubrik. The movie made quite a stir but I don’t regret it, I Proud of filming “L’urlo”: a grumpy and utopian choice that gave substance to the revolutionary mood of the time ».

Is there anything you look down on with regret?
«During my career, there were two more great opportunities, but due to an error in the assessment by the producer, Dino De Laurentiis:“ Rambo ”and“ 9 and a half weeks”.

I have signed many bold headlines. In an age of political correctness—and at the same time—maximum performance, what do you still consider obscene?
Hypocrisy.

At the age of 88, what is freedom for you?
Search is still impossible.

If you could only wish for one today, what would it be?
“Making the Thirty-One Film”.