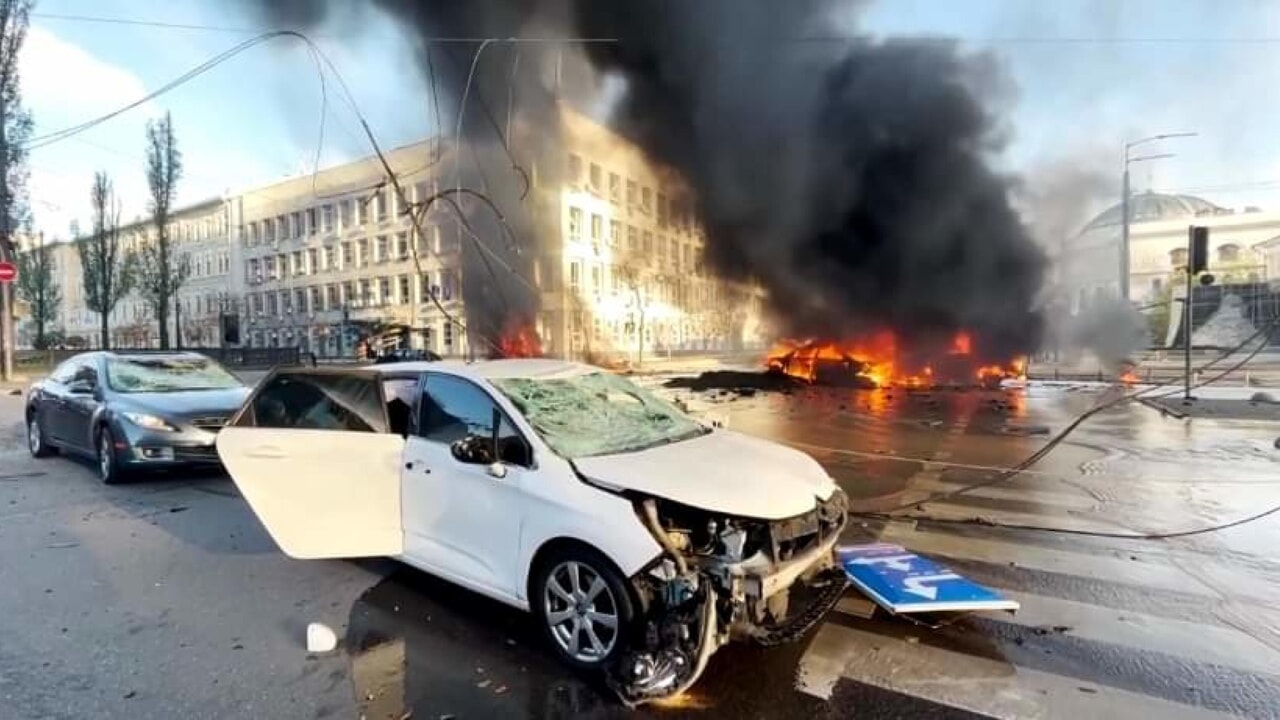 The nuclear threat that has again escalated from the Kremlin, accompanied on Monday by the brazenness of large-scale attacks in several Ukrainian regions, is frightening an increasing number of people in the West and, above all, in Italy, which has always been a weak link in relations with Russia. So much so that, on Monday, when a Kyiv Stadiums, universities, museums, and footbridges were bombed, and many pacifists, in their Facebook and Twitter posts, were unable to rebel against the Kremlin and those who run it. But they confined themselves, as always, to pointing the finger at Western advisers, as well as the inevitable Zelensky who did not want peace, but wanted massacres of his own people.

Reversing responsibility is so annoying now that it’s no longer even possible to repeat while keeping one’s nerves on hold. But the fathers of the pacifists, or themselves personally if they were 60 or older, when they demonstrated against the war in Vietnam, to give just one example, did so directly against the United States, or those they identified as responsible for the invasion. and destruction. It does not matter here that all historical passages are reconstructed, but it is legitimate to ask why, today, pacifists do not address Putin, the Kremlin and Russia directly, not even on a day like Monday, with bombings in Ukraine. capital at a specified time. Where people are far from their homes, where they go to study, play and live, and then even proclaim, in the early afternoon, “Goal accomplished.”

So let’s write it as clearly as possible. There is no Ukrainian (with exceptions, which are always found in 40 million people) who wants war or wants war. And there can be no Zelensky, a promoter of war who forces people to massacres. Do the Ukrainians remember them? When 100 people died in February 2014 at the hands of Berkut by order of the current president, after two and a half months of garrison in the field during the Kyiv winter (which is not quite the same as the winter of Palermo), the protest did not grow, but became stronger and more proud, until the current president was forced to Make adjustments (by the way in Russia). At that point, the Ukrainian constitution allows parliament to impeach him, and it did. Ukrainians do not allow themselves to be subjugated by their boss, do not want to live under a dictatorship, but love their freedom. Had Zelensky surrendered in February, the Ukrainians would have chosen another president and have continued to defend themselves. It is enough to talk to them to find out. But it is tiring to speak directly to the victims. It’s better to wash your conscience with some humanitarian aid at first (by the way: there is still a need, there is always a need) and then advocate “peace at any cost”.

The only possible peace does not give any concessions to Russia

But what peace? Here’s the point. When this question is asked, the answers are usually vague or unacceptable. Let’s leave the ambiguous things aside. The unaccepted retrieve ammunition concessions to stop the weapons. Thus: the Crimea should go to Russia, and the Donbass should go to Russia (that is, the Donbass? Which he already controlled before February 24, or while we were in it, we also give him Mariupol, which, let’s not forget, is the martyr city of this war Which is not known yet?). And after that, some add “Ukraine’s neutrality.” According to these pacifists, Putin will calm down, not be humiliated, stop the bombing, withdraw the troops, and everything is fine. All is well? Are you sure?

READ  Latest news of Ukraine. Lavrov in Cairo will explain the "special operation" of the Arab League

not at all. First of all, we will judge millions of Ukrainians to become Russian citizens. We have seen that in order to tattoo the trident on your wrist, the symbol of the Ukrainian state, they wrap your wrist. We know that free elections and a free press do not exist in Russia. There is no freedom to pretend. Are you sure it adheres to our standards, our human rights, to force millions of Ukrainians to become Russian citizens? Follow. Why should Crimea and Donbas become a bargaining chip to appease Putin? The basic idea that turns out is awesome: just invade and bomb to get something, just threaten the atomic bomb to get more. Practically speaking, we will from then on live at the mercy of any dictator (or pseudo-dictator) capable of threatening. Is this what we want for us and our children?

still. Why should we put Ukraine’s neutrality to the test? Do we realize that this option, along with saving the Putin regime, will only mean endangering Ukraine from now on? Does he think Putin will not try again, this time ensuring that no one will interfere because Ukraine is neutral?

Invite the judge of an international court, Putin

The only viable solution to world stability is that an international court will one day judge Putin, not just him, and that Russia is no longer a rogue, dangerous, threatening and imperialist state. Moscow has allowed itself the luxury of bringing war to Europe, attacking on the one hand what it considers the “Russian world” (and history, however, says something else), and on the one hand other European values ​​(the gays of Europe, they call us the Kremlin. Did you know?). He granted us this luxury by letting her go to Chechnya, Georgia, Crimea and Donbass (also in many other places, but I am not bored). Now we simply have to address this. We have to stay with the Ukrainians. With humanitarian and military aid and also to rebuild the economic and constructive fabric, while trying to get Russia to pay for everything.

Above all, we must work to ensure that Russia no longer poses a threat to anyone in the future. Obviously involving the Russian people. Another peace, breaking Ukraine and saving the Putin regime, would be a terrifying peace. For Ukraine and for all of us.

The debate: we must be realistic and deal