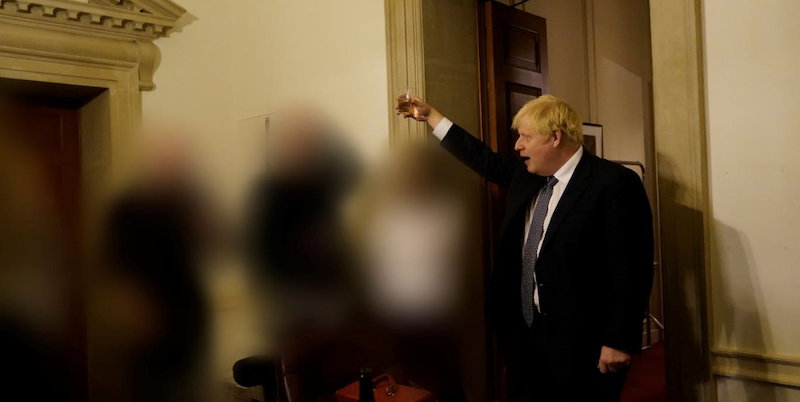 The UK government issued full report From the investigation into the parties that were held at the Prime Minister’s residence in Downing Street, London, between May 2020 and April 2021. The parties were held in violation of the restrictions imposed by the government itself to combat the Corona virus epidemic, and their discovery – the so-called scandal “Party Gate“.

The report was compiled by government official Sue Gray, who in january He had already published part of it: in this case only excerpts were published, with many clips censored, because the London police investigation into these facts was still ongoing (which eventually ended with dozens of people being fined, including Prime Minister Boris Johnson). The report largely confirms what was already expected in January, when it spoke of a “serious failure of leadership and judgment” on the part of British government officials, accused of “excessive consumption of alcohol” and “inappropriate” behavior in the workplace. But compared to the censored version, the full report adds many details, notably some photos that show Johnson and other government officials attending parties.

Johnson commented on the release of the report in a speech in the House of Commons on Wednesday, in which he apologized for the inappropriate behavior of officials and said he bears “full responsibility” for it. He also repeated it later in a press conference, in which he also said that he did not intend to resign because of what was revealed about the parties and that the events in which he participated were of a practical nature.

– Read also: Does the British Prime Minister’s office have a problem with alcohol?

Confirming allegations already made in January, Gray’s full report contains more details about the parties at the center of the investigation, with confirmations from email and WhatsApp conversations, as well as photographs. Among these there is also one who was in the last days was expected From the British TV website ITV Boris Johnson is seen attending a party on 13 November 2020 at Government House in London, and toasting to the end of Lee Kane’s tenure as Prime Minister’s Communications Officer.

The report looks at 16 meetings in Downing Street, 12 of which were investigated by police. Among the details that were not in the first version of the report, one in particular relates to a party organized among government officials on June 18, 2020 marking the end of a colleague’s term, which is not named. At the time, internal meetings between more than two people were prohibited in England.

The preparations for the party took about ten days, and in the end there was a party that lasted until the early hours of the morning of June 19: the report notes that the party was excessively drunk, a quarrel between the two. of people, and one of the participants who felt ill. It is also said that on that occasion Helen McNamara, who is in charge of morals and good conduct in government, at the time, brought a machine to make her personally. karaoke.

For another party, in May, invitations were emailed to about 200 people, all of whom were government employees.