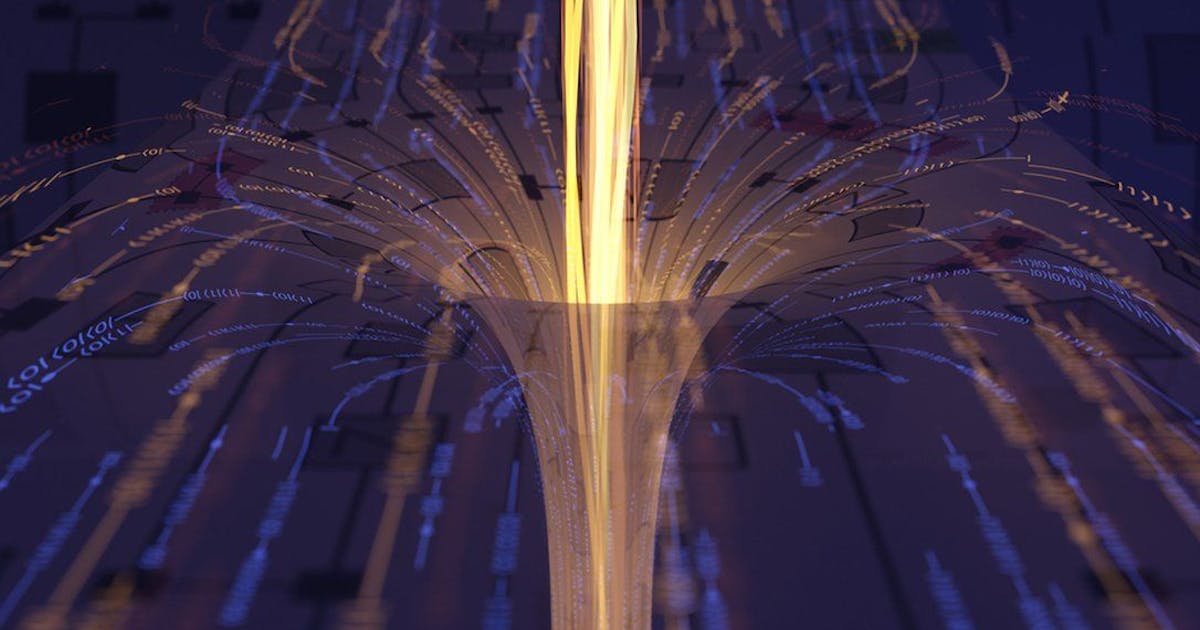 The theoretical behavior of a wormhole, that is, a tunnel in space-time, was explored: it was not created physically, but its dynamics were studied thanks to a quantum computer that simulated two black holes and then sent a message between them through a “shortcut” in space-time.

This is the first experiment of its kind designed to investigate the possibility of quantum gravity, a theory that unites gravity and quantum physics, two fundamental and well-studied descriptions of nature that seem fundamentally incompatible with each other.

Wormholes are bridges between two distant regions in space-time. They had never before been observed experimentally, but scientists have been theorizing about their existence for nearly a century.

In 1935 he described them Albert Einstein And the Nathan Rosen as tunnels through space-time and for this reason they are defined as “Einstein-Rosen bridges”, while the term “wormhole” was coined by the physicist John Wheeler In the fifties.

It has been suggested that wormholes and quantum physics, in particular entanglement (a phenomenon in which two particles can remain connected over large distances), could be related. Juan Maldacena And the Leonard Susskind in 2013.

The researchers showed that this gravitational description of a traversable wormhole is equivalent to quantum teleportation, a phenomenon that has been demonstrated experimentally by transmitting information over long distances via optical fibers and through the air.

The new experiment did more than explore the equivalence of wormholes with quantum teleportation, and investigated the idea that information traveling from one point to another in space could be described in the language of gravity (wormholes) or in the language of quantum physics (quantum. entanglement).

The experiment was conducted on a computer version Sycamore 2 by Google, which contains 72 qubits. Of these, only nine were used to reduce the amount of interference and noise in the system.

He concludes, “This work represents a step towards a larger program for testing quantum gravitational physics using a quantum computer.” Maria Spiropolo California Institute of Technology.