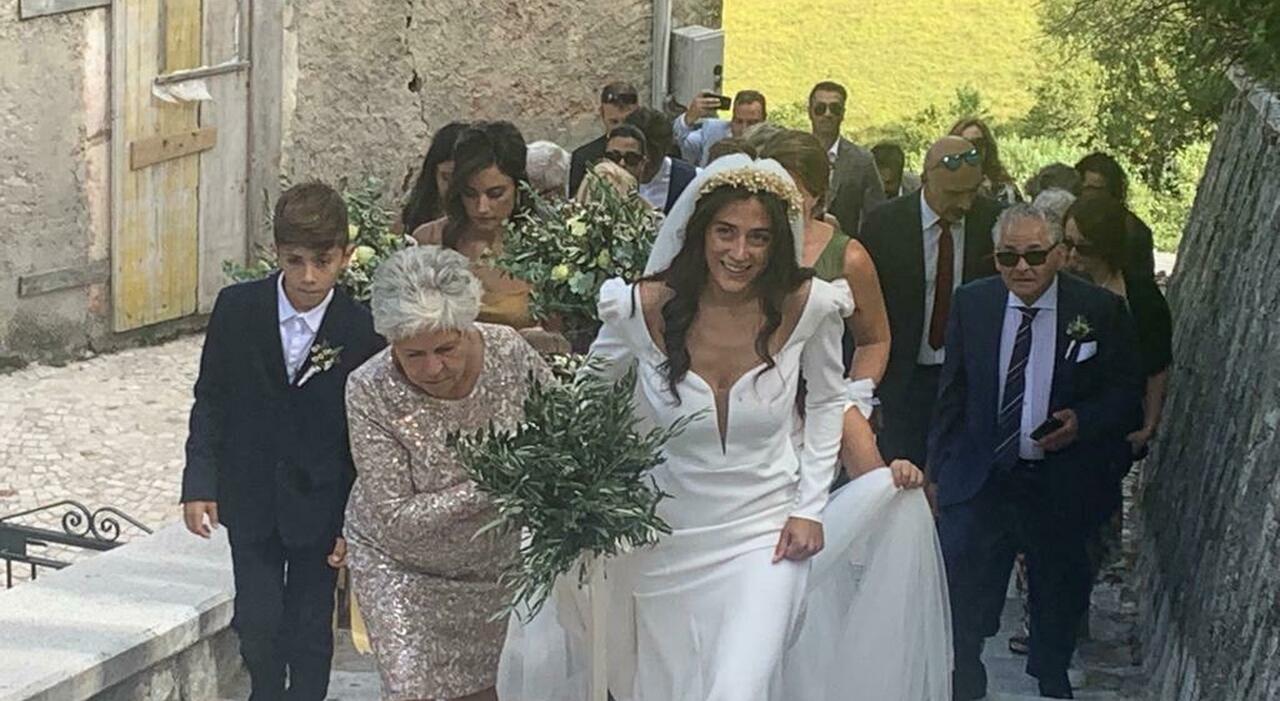 Wedding in the medieval church of Madonna delle Grazie in Roccacaramanico, 1,050 meters above sea level. Alberto Piaggio Centofanti and Jessica Bellissimo have come from Canada To seal their love in the same place where his grandparents and great-grandparents exchanged the promise of eternal love. The groom is 43 years old and is an employee Ministry of Foreign Affairs in Ottawa, the 31-year-old partner is a construction project manager. A religious service was held yesterday afternoon Don Angelo Poloni In the presence of about fifty relatives and friends.


Historical event A historic event for a beautiful village Municipality of Sant’Eufemia a Maiella, In the province BesaraWhere it is The last marriage was celebrated in 1971. Subsequently, love also paid the price for depopulation of this postcard space. Blessed MotherAlso, it reopened a few days ago after undergoing a lengthy renovation. Sant’Eufemia Mayor, Francesco Crivelli, He explains: “With satisfaction we have restored this place of worship to its former glory. Alberto feels a lot about the origin of his family, he has been coming here for years to spend his holidays, and it was exciting to attend Don Angelo’s touching sermon.

Dressed in a flowing white dress with a long veil and an olive branch in her hands, the beautiful Jessica arrived at the church with a crowd of bridesmaids and guests. Visibly nervous, in a dark suit and gray tie, Alberto welcomed her into the church, which was decorated with candles and white flowers. At the end of the ceremony, which was held in Italian, the couple had an aperitif at a restaurant in Piazza Gallero. After the usual photos, the couple headed to the Pacentro for a wedding reception with guests. The religious union of the young Italian-Canadians represented a further step in the revival of Roccacaramanico, abandoned by its inhabitants in the post-war years. The only exceptions were the elders Angiolina Del Papa and Pasqualio Di Julio, Unmoved from their homes. The old woman rose to television news headlines in the 80s Raffaella Cara During a show, the ancient village drew the attention of all of Italy.

“About thirty years ago – continues the mayor – our administration, in the office since 2011, began to gradually restore the place, devoting time and funds. Private individuals have also contributed to renovating abandoned houses and housing them on weekends or holidays. Five bed and breakfasts have opened in recent years, and more recently A restaurant was also opened and the country’s reinvention was favored by the demonstrations we organized here Roccacarmanico’s White Nights and “Let’s Go to the Middle Ages” It was essential that LDedication of Licio Di Biase, Historian and Municipal Councilor ». Roccacaramanico hosts two thousand people in the summer, and in the winter tourism is increasing every year, attracting enthusiasts of snow excursions with ice floes. Crivelli’s desire for this jewel of Pescara is more conventional tourism: “We are working on seasonal adjustments, making the city a place for visitors all year round, the organization of events and the involvement of tourists outside the high season. Since 2020 Roccacarmanico is part of the UNESCO Majella Geopark and the 150th anniversary of the unification of Italy On completion it was named the “Italian Miracle” by the National Youth Forum of the House of Representatives.