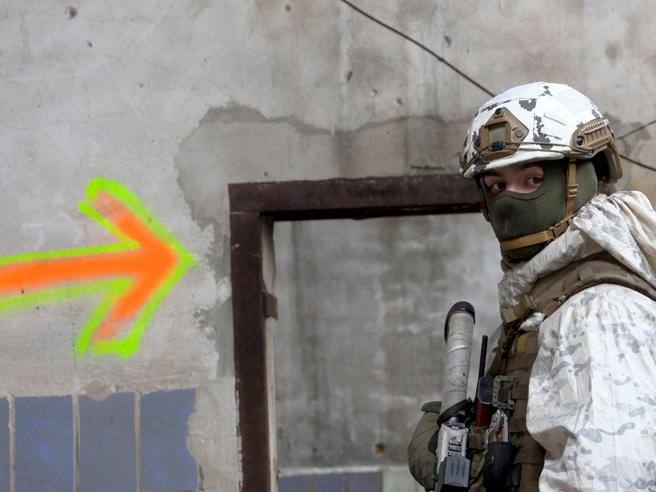 Abandoning NATO, the Crimean Question, Missiles: Point by Point, Strategic Demands at the Origin of the East-West Crisis

L ‘
Tens of thousands of soldiers arrive at Russia’s western borders And presenting a bundle of demands to the US and NATO on European security is a provocation by a Kremlin leader eager to “lead his own hands” or merely an inevitable response to hostile overtures by the West, as Putin argues? There is no doubt that the origin of the deterioration of relations (Here are all the reasons for the Russian-Ukrainian crisis) There is also the position of various US administrations that have long ignored Moscow, and do not want to consider it a primary interlocutor. So from being a strategic partner as it was after the collapse of the Soviet Union, Russia is once again an opponent. This is also thanks to the contribution of a former KGB agent who certainly did not do everything in his power to avoid worsening relations. Let’s see the situation on individual points and what Russia really wants from us.

The breakdown of this balance that ensured peace even during the Cold War dates back to the beginning of Putin’s presidency. The official motive was to defend North Korea and Iran against the bombing. But the defensive shield that the United States has decided to install in Poland and the Czech Republic (later Romania) and is being finalized, effectively reduces Russian security because it can also intercept any nuclear weapons launched from Moscow.The response to a theoretical American attack With intercontinental missiles. Russian concerns are the origin of the abandonment of the various negotiating tables. Then the United States unilaterally pulled out of the arms deals, accusing Russia of actually violating them.

Troops on the border

The current situation has been prolonged for a year. Twelve months ago, Russia began major maneuvers in the West, but according to what the Kremlin has always supported, in response to the initiatives of NATO. In fact, it was decided in Brussels to create a rapid intervention force and to rotate the army of different member countries on the territory of the former dependent states of the USSR or the republics of the USSR itself (the Baltic states). The latest initiatives in this field are these days: Ukraine began military exercises and Russia agreed with Belarus to conduct new exercises.

There was certainly an American promise made under Gorbachev, but it was only a verbal promise. With many countries of the former Soviet Union (Baltic) or Warsaw Pact countries joining the alliance, Russia protested but to no avail. However, it is true that NATO did not move nuclear weapons east. Today, Moscow demands that it be legalized in writing so that it does not enter Ukraine and Georgia. Washington can’t state this officially (each country should be free to decide on its alliances, etc.) but actually expanding the reach of these two countries is now impossible. Only because they both have open conflicts (Ossetia and Abkhazia for Georgia; Crimea and Donbass for Ukraine) cannot be accepted under the 1999 NATO expansion text.

The documents submitted by Moscow to the United States and NATO stipulate conditions that will not be accepted, such as the withdrawal of American forces from countries that joined NATO after 1997, although Washington certainly would not mind reducing its commitment to the old continent. But Putin knows it well and the request is just a pawn to be exchanged. Moscow would also like to recognize the annexation of Crimea, but knows that this, too, is impossible. So? Officially, to please everyone, it will require the resumption of negotiations on the various arms control treaties. A slow and gradual escalation was actually halted. Crimea remains officially part of Ukraine and will live in limbo, perhaps for decades. It is now connected by a bridge to Russia and its residents hold Russian passports.

This is the most difficult question. The Minsk Accords provide for broad autonomy but cannot be implemented because Ukrainian nationalists influence Kiev’s rulers (Zelensky today and Poroshenko yesterday).Donetsk and Lugansk republics will somehow survive even without recognition (Transnistria has been in this situation for thirty years). Most residents have Russian passports. The situation could worsen if the hawks in Ukraine decide to stage a coup against the separatists now that the country has received several weapons from the West. In this case, Moscow will intervene forcefully as happened in 2008 with Georgia when President Saakashvili tried to retake South Ossetia by force during the Summer Olympics in Beijing.