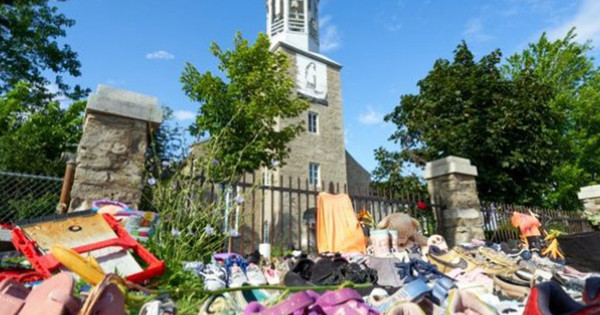 The Canadian Catholic bishops, the First National Assembly, the National Council of Medici and the Inuit Tabrid Canadian are “delighted to announce that the delegation to Rome, originally scheduled for December 2021, is now scheduled to leave again to meet with Pope Francis.” This year is the end of March and the beginning of April “.

This is a joint note issued by the Bishops’ Conference to provide notice. “Considering that the Omicron variant is spreading rapidly in Canada and around the world – explain the members of the delegation – it was a prudent decision in December to postpone the departure of the delegation for the safety of all. Working closely with the Vatican, new dates have been confirmed. The Holy Father will now meet with individual domestic delegates for the week of 28 March 2022. The final audience will be held on Friday, April 1 with all participants. The delegation later stated in a statement, “The health and safety of all delegates is our number one priority. In the coming weeks, we will monitor the conditions leading up to the revised travel dates and continue our conversation with delegates, public health officials and relevant government and international officials, traveling only when we believe it is safe to do so. “In this report, the Legislature of the First Countries, the National Council of Medicine and the Inuit Tabrid Academy reaffirm their commitment toward healing and reconciliation, and we look forward to the opportunity for tribal elders, intellectuals, and homeless survivors.” Schools and youth to meet Pope Francis.

READ  Blog: Canada's Rise: Between Futures and Hopes for 2026

The meeting with the Holy Father was strongly urged by the leaders of the indigenous peoples of Canada, who, after the shock of the discovery of the tombs containing the remains of the native children, were buried without a first name, taken from their family. The cemeteries were all located on land adjacent to Canadian Catholic colleges, some still active until the 1990s: children were forcibly separated from their families, forced to follow the traditions of “European immigrants,” and converted to Christianity. They forget their customs and languages ​​through violence and abuse. It is estimated that between the 1880s and 1993, more than 150,000 children from Inuit, Métis and First Nations were forced to attend one of these 139 schools distributed throughout the country. This dark side of Canada’s modern history came to light when Kamloops discovered 215 children and 761 children, mostly indigenous children, buried in British Columbia on the site of a former boarding school in Saskatchewan. Pope Francis also intervened and stressed that “political and religious authorities must continue to work together to shed light on this tragic story and humbly dedicate themselves to the path of reconciliation and healing.” The Canadian Bishops’ Conference has opened a $ 30 million fundraiser to support and promote healing and reconciliation initiatives after a formal apology from all bishops in the country. Pope Francis said he was ready to accept their invitation to go to Canada at the request of indigenous leaders.