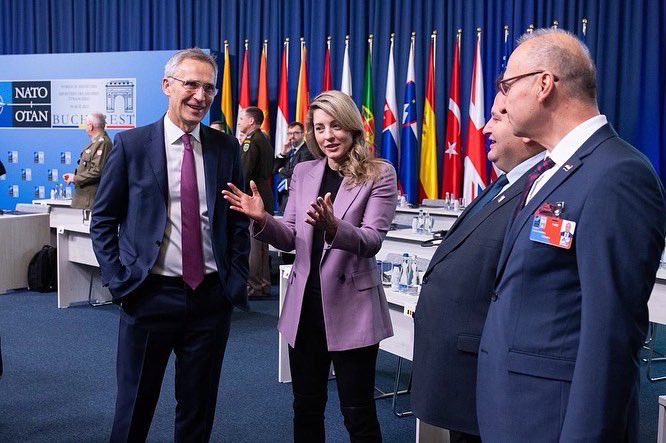 Canada wants to openly oppose China when it harms the international order. The Canadian Minister of Foreign Affairs has stated this. Melanie Jolly, in an interview with the “Nikki” newspaper on the sidelines of a meeting of NATO foreign ministers in Bucharest. “International standards have been preserved since World War II, so they must be respected,” Jolie said. In the Indo-Pacific region, Canada is determined to play an active role in freeing itself from China: Ottawa has pledged to invest nearly $1.71 billion over five years. “To improve Canada’s natural resources”. The new strategy, aimed at harnessing the economic power of the Asian region to spur Canadian economic growth, frames China as an “increasingly destructive global power.”

Jolie confirmed this definition: “We see examples (…) especially in the East and South China Seas,” the minister said, referring to key territorial disputes with Beijing’s Asian neighbors and rising tensions in the Taiwan Strait. “We will challenge China while making sure it respects the international order,” Jolie said, though Ottawa wants to take a flexible approach: “We will challenge China when it is right to do so, and we will cooperate with China. When necessary”: for example, climate change, nuclear weapons. At the fronts of containment and epidemic prevention. Regarding cooperation with Japan, the minister defined the country as “a good friend, but we want to become better friends”, for example by deepening cooperation in fields such as mining, clean energy, artificial intelligence and technology.