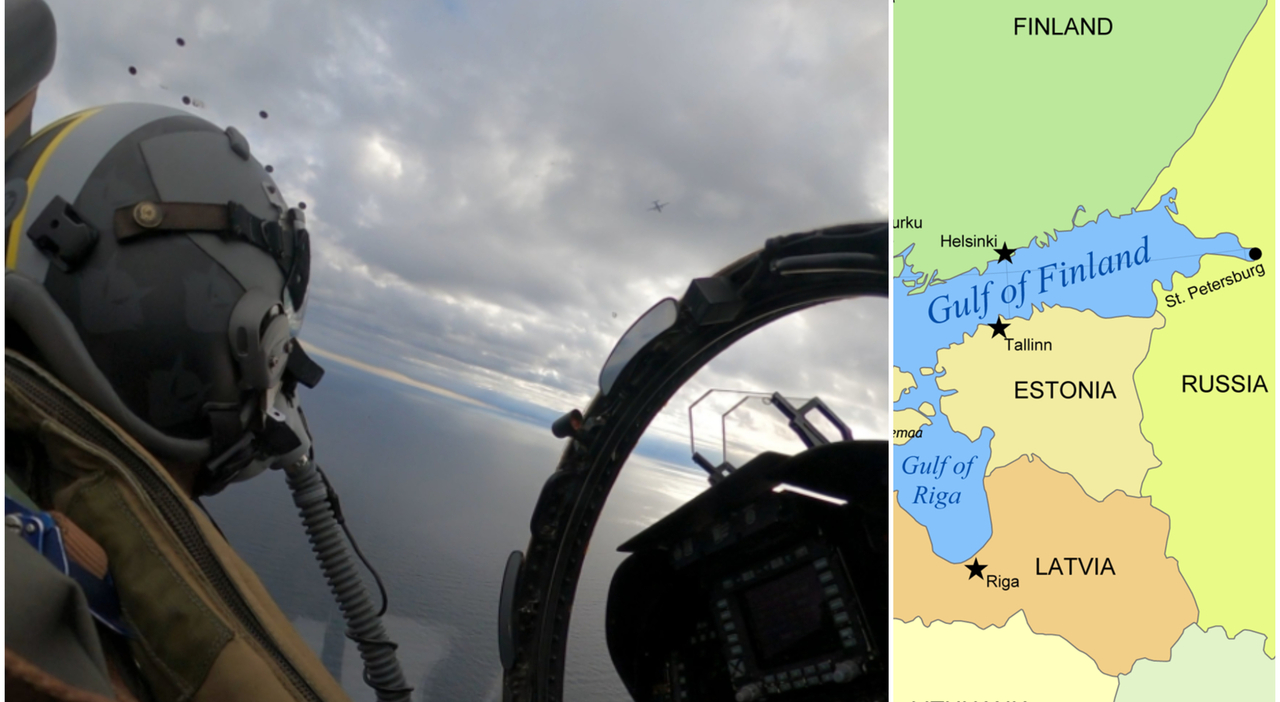 Russia And Boy At the moment, they are confined to threats, but they do not go further. The risk of rapid escalation remains high, even if no one dares to push the boundaries of the “potential”. Today, NATO issued an official note, reporting the increase in the movement of Russian aircraft to the European borders recorded from April 26 to today. “NATO fighters have taken off several times in the past four days to track and intercept Russian aircraft in the Baltic and Black Seas,” the statement said. Every time a Moscow fighter heads toward the border, NATO planes take off, ready to cover the no-fly zone imposed on Russia.

Putin can declare war on ‘all the Nazis in the world’ on May 9: British minister’s predictions

NATO radars have tracked a series of unidentified aircraft over the Baltic and Black Seas since April 26, she says. In response, NATO’s Combined Air Operations Centers (CAOCs) in Uedem, Germany, and Torrejón, Spain, took off Allied combat aircraft in their respective areas to intercept and identify approaching aircraft. Since Tuesday, QRA fighters have been flying from Poland, Denmark, France and Spain to the Baltic Sea region to protect Allied airspace. In the Black Sea region, QRA planes were launched from Romania and the United Kingdom to investigate unknown trajectories when approaching Allied airspace. The statement concludes that NATO fighters operate 24 hours a day, ready to take off in the event of suspicious or unannounced flights near our allies’ airspace.

Allied fighters have flown from 🇵🇱🇩🇰🇫🇷🇪🇸 in the Baltic Sea region and in the Black Sea region several times over the past four days in response to Russian aircraft near coalition airspace.

Russia, for its part, rejects the accusations against its sender. The TASS news agency quoted the Kremlin as saying that the flights of Russian aircraft are carried out in strict compliance with international rules for the use of airspace in neutral waters, without violating the borders of other countries. Moreover, “there is no certainty that they are Russian planes.” Answer Do not change the cards on the table. The push and pull of aircraft has been ongoing for some time, and also includes Italian aircraft stationed in Constanta. The two pilots assigned to the mission in Romania observing the NATO skies, as well as the two pilots based in Poland, were the most under pressure since the start of the war.

Russian military aircraft often do not transmit a transponder code indicating their location and altitude, do not provide a flight plan or communicate with air traffic controllers, which poses a potential danger to civilian aircraft. The intercepted Russian aircraft have never entered NATO airspace and interceptions have been carried out safely and routinely,” the NATO communication explains.