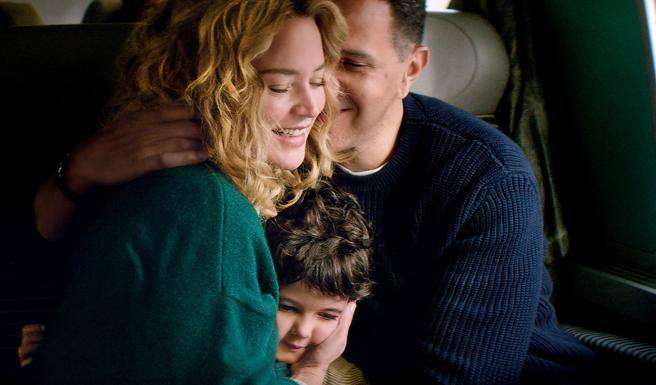 At the Venice Film Festival, the actress competes with Rebecca Zlotowski’s new film The Children of Others, in which she plays a wonderful forty-year-old girl. Long apprenticeship? Good

Rachel forty. She studies with passion and interest for her students, has many friends, and enjoys guitar lessons and every opportunity life gives her. When he falls in love with Al, he also becomes very attached to his four-year-old daughter, Laila. He takes care of her with love, taking care not to invade the spaces of his ex-mother. Gentle, tender, sensual, the image of a beloved person perfectly fit into his interpreter, Virginie Evira, whom Rebecca Zlotowski wanted alongside Roschdy Zem and Chiara Mastroianni as the protagonist other people’s childrenFrom the novel Roman Gary, An expired novel. In competition at Venice 79 (then in the hall with Europictures in September). The actress was born in Brussels 45 years ago, was naturalized in French, has a nine-year-old daughter, and told Corriere, it wasn’t right for her to play Rachel. Rebecca is right, the stepmother figure, even more so than the stepfather, is always associated with something negative.

The prototype of Cinderella, a real hyena.

specially. On the other hand, Rachel is a woman full of nuances: she has a job she loves, friends, and passions. A good life is satisfied. He loves Laila like she is his daughter, she doesn’t know how to be a part of her life forever but she accepts the risk. Rebecca’s skill lies in telling something that no one has faced with such humanity before. The ability to love goes beyond blood ties, life offers us opportunities to make our mark on others in many ways. A film about life, about who goes, who stays, and what we pass on to others.

There is something moving in his way of looking at reality with courage and humility. He is not afraid to face his own feelings and the feelings of others. He also drew from his experience but in the character who realized something from me, he wrote it thinking of me.

The director said she considers her an heir to actresses such as Meryl Streep and Diane Keaton. do you agree?

Probably! What touches me a lot in actors is humanity, generosity, fullness and knowing how to get to the heart. I love actresses like Jenna Rowland, Natalie Wood, who always leave their mark, even when they seem to do little to nothing.

He escapes the cliché of Eve versus Eve, which is another reason I love him. I’m not interested in female competition, it always seems to me to be a reductive narrative style.

Did you have a long professional training, was it difficult?

It wasn’t easy. I love everything I’ve done, and I don’t deny anything. In fact, I took a strange path, I studied theater at the Royal Institute of Brussels but I did not finish it, they suggested me to be a TV presenter and I did. I was a voice actress. Then the actress. But I think it was good to have success at 40, I stayed true to myself and got the movies I wanted to watch as a spectator.

READ  Who won the Golden Globe?

How did he do?

Thanks to lucky encounters. Like those who have directors like Justin Trier and Paul Verhoeven. I like how he tells women, not as men like. It opened the doors to a different cinema for me, which now suits me. Repetition doesn’t interest me, the beauty of being an actress who explores the human condition, it doesn’t make sense to put yourself alone in a corner repeating the same thing over and over again.

After twenty years in France, do you feel more Belgian or French?

I have two nationalities. But identity doesn’t mean much to me, when I come to Italy I feel Italian.

many. For example, Saverio Costanzo does a great job at Elena Ferrante. And I really like Marco Bellocchio’s great cinema. Last year I was a member of the jury in Venice and I was glad we gave him an award. I also liked Michelangelo Framartino’s Il buco, which I didn’t know before, and it impressed me.

I have Revoir Paris by Alice Winocour, I’m shooting the new movie for Valerie Donzelli. Many directors of my generation like Rebecca. I like. We have a world to say.