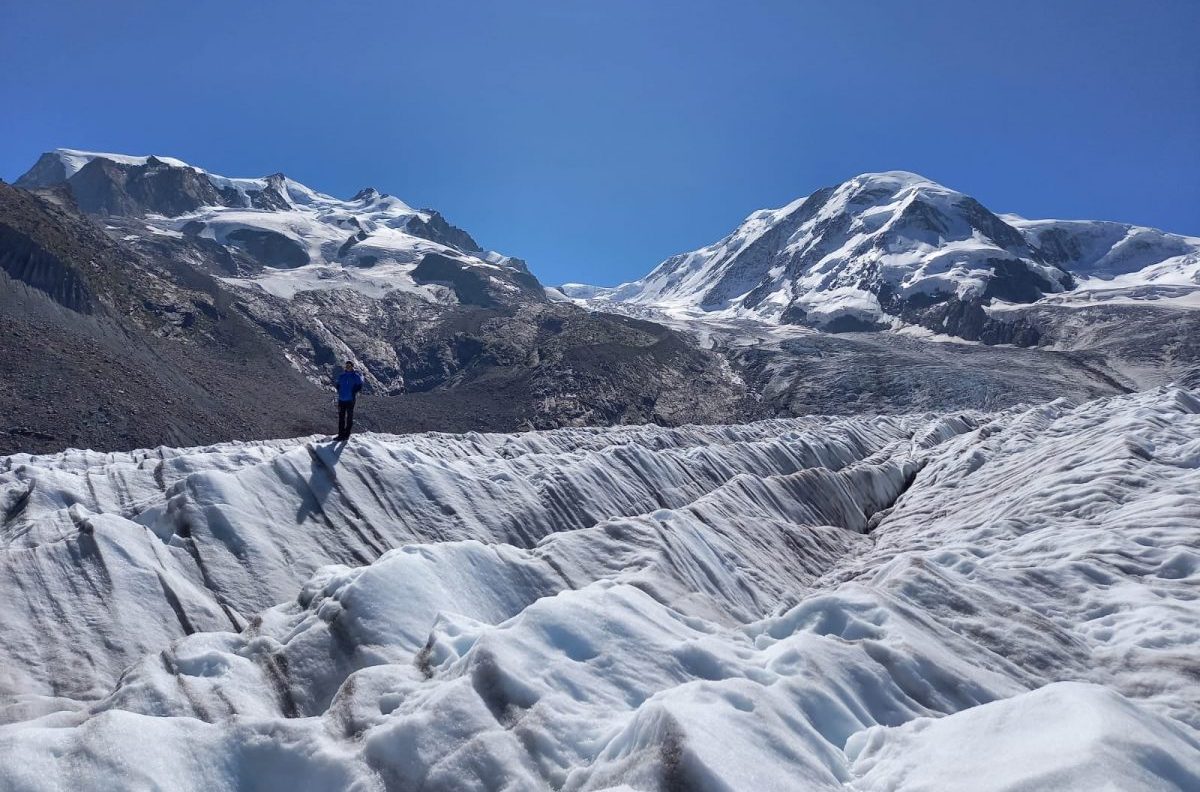 what are you doing with us Luca Parmitano With cotton straps and ice axe Among the glaciers of the Alps? This is the role in which the astronaut from Paterno appears in the documentary “fusion”, recently uploaded to Youtube by ESA (European Space Agency).

The title itself provides an answer to the question: After years of space travel, during which he managed to Seeing the effects of climate change from afar, far away On our planet, and especially on glaciers, it’s time to go down to Earth and Go and watch closely What’s going on.

Last August, Luca climbed the Swiss Alps, specifically on the glacier JOURNER, one of the largest in the Alps, accompanied by a team of glaciologists and climatologists, as part of an expedition coordinated by the European Space Agency, with the aim of making the documentary in time to be able to make it available to the public in conjunction with Cop26 of Glasgow.

“The Gorner Glacier is located in the region of Monte Rosa, near Zermatt, Switzerland, and is one of the most studied glaciers in the world – Read on the ESA website in announcing the mission submission -. The ice front underwent a sharp retreat that began at the end of 1900 This decline has accelerated in recent years.”

As the astronaut explained in the opening video, “When I was in orbit on the space station, I took many pictures and over the course of about 6 years, from the first mission to the second, I saw the glacier disappear with my own eyes. The only thing that surprised me is that this group of scientists and climatologists asked me to come here and see here on Earth what I saw from space.”

The message that the documentary wants to release is as follows: in 50 years, 9 trillion tons of ice have been lost in the world but not all is lost. The future of glaciers depends on us, on the ability to reduce greenhouse gas emissions.

In the documentary Parmitano is one of us The Expedition: Ask the experts the questions we’ll all be led to ask, and hear their explanations. One of us, however, managed to see things We real humans can only imagine itand admire through the spatial snapshots he has given us over the years.