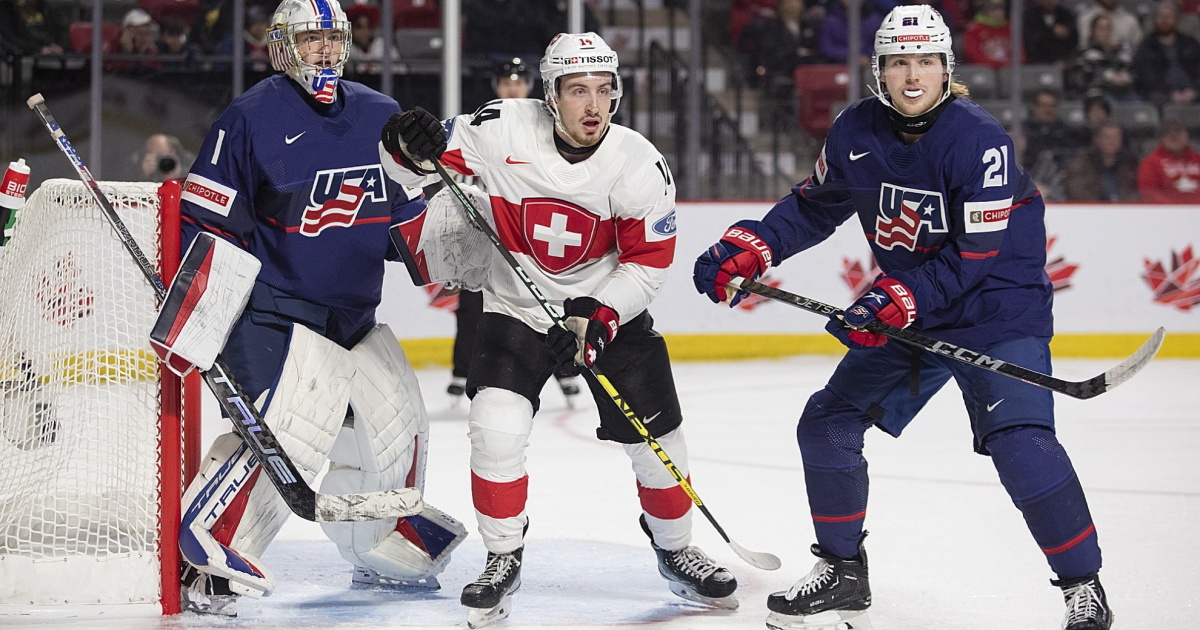 The night before the exam. In Switzerland, today, at noon (it’s already 5pm here), the ticket to the quarter-finals is in its pocket and it returns to the ice of the Avenir Center in Moncton: there is a simple slice up. Against Slovakia, it appears to have been designed to measure its own ambitions. “It’s a must-win game for us,” says Lorenzo Canonica, a nineteen-year-old cataract hopeful from Shawinigan enrolled in the Quebec Major Junior Hockey League. and Marco Baier’s U20 national team. “It’s true, we’re relieved now that we’re in the quarter-finals, but we have to think about the knockout stage and finish in a good position. We know very well that the teams in the other group (Halifax, Ed) are all strong, but against Canada or against the Czech Republic are two more different games. There are competitions… That’s why this competition is so important».

Nevertheless, much is being said about you in these hours, about this Switzerland capable of first defeating Finland and then holding on against the USA, even if things fell apart in a more complicated second half.

“I think we have to learn to be more disciplined over sixty minutes – explains the nineteen-year-old center who trained in Lugano -. In fact, in the second half we took those two penalties and they immediately punished us. We have to be more stable, we don’t give up even for a second, Because we have opportunities, good or bad. You have to insist and believe in the system, and then the results will come».

After all, they have already arrived: it must have been an unfortunate match to hear the words Marco Baier used before the start, but instead the results so far have been encouraging.

“At the beginning, the coach spoke like that even to us. However, we knew the strength of this team: we had known each other since we were sixteen, and ours was a close-knit group, made up of many players who lived in North America and were used to hockey at this level. , they are other kids still in Switzerland, many of whom have already played in the National League A. Of course, we didn’t expect to start by beating Finland directly, but after wins against Sweden and the Czech Republic in a friendly, we knew we were on the right track.”

Could the fact that many of you have been to Canada or the States have influenced your understanding of hockey?

“It definitely helps a lot of guys playing in the team here. On the one hand, we’re used to small slumps, but we’ve changed the way we are. I think about the game not only in the offensive zone, but also in the defensive game: here they don’t always ask you to go back. Instead, in Canada, ‘play up north, Play north!’ It is often said that the records must go up».

Along with Attilio Biasca and Luis Robin, you were one of the players who got the most on the ice the other night and will be a first-line centerpiece for the national team at the Under-20 World Cup?

“I am very proud. Already three years ago, when I was able to play my first World Cup in my division, I had an important role, but I have not matured yet, I am not the player I am now. If I am here in Moncton, it is precisely for this reason: I have this character, I will try to use this opportunity to do my best. It is true that I am only 19 years old, but here in Canada I have already been able to experience great moments like last year’s championship final with Cataract or the Memorial Cup (the tournament that determines the champion every year. Canadian at the youth level). So I’m used to dealing with that kind of pressure.”