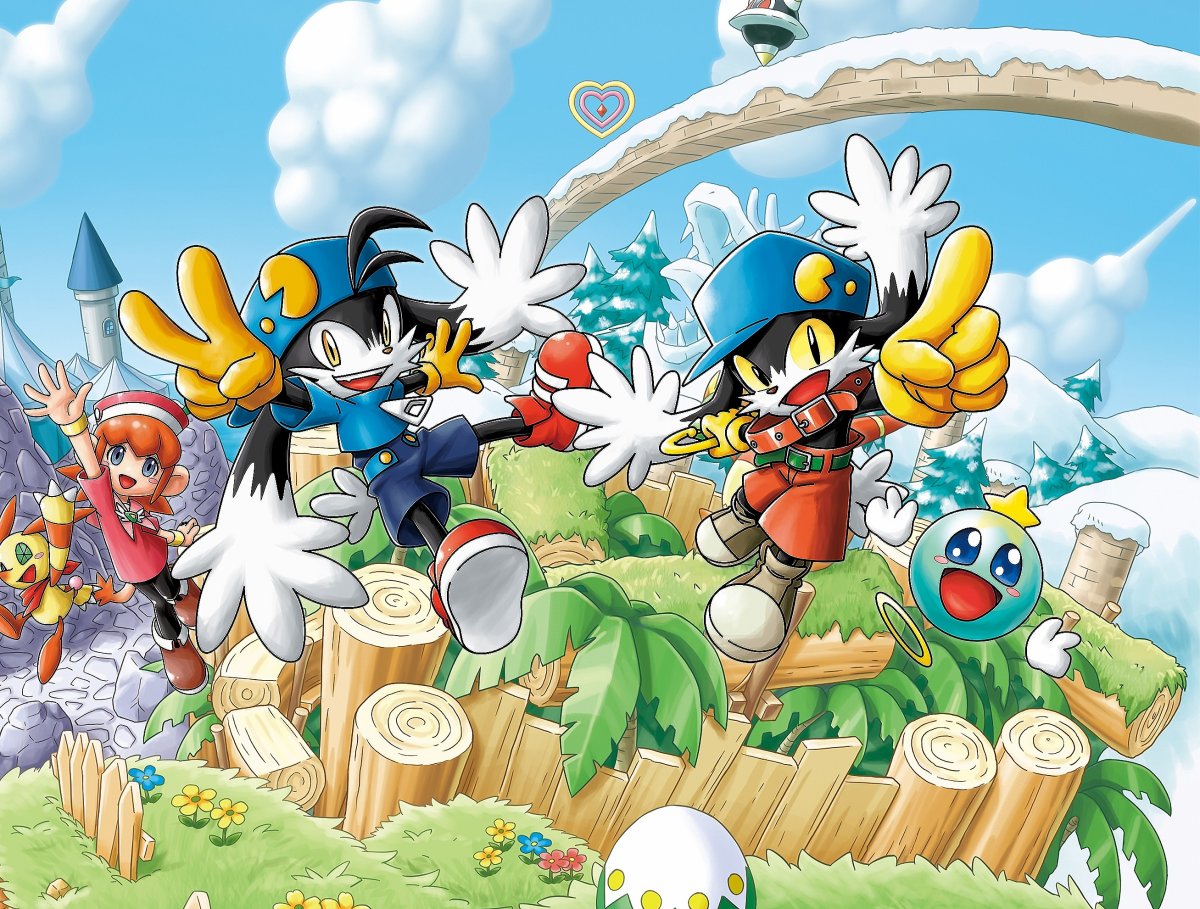 Review of the Klonoa Phantasy Reverie series, two classics from the PlayStation 1 and PlayStation 2 era that have finally returned with some welcome surprises.

Once upon a time there was a cloak. More precisely, it was 1997, as the era of the first PlayStation continues to provide gamers today with pearls rooted in the collective memory. Calculate: It’s been exactly 25 years. Considering that the same players have been screaming for a long time, remake, reproduce, or at any rate an updated version of the adventures of that strange black cat with very long ears, Bandai Namco finally decided to please them. In short, these are months of very welcome returns: We recently welcomed the Pac-Man+ Museum on almost all consoles.

But let’s go back to Klonoa and to be precise for the Klonoa Phantasy Reverie series. It is a bundle consisting of two popular chapters of the series, Klonoa: Door to Phantomile (aforementioned 1997 title, for PlayStation 1) and Klonoa 2: Lunatea’s Veil (2001, released on PlayStation 2 later).

Not at the same capacity as it was at the time, as a decent renovation was done. Not able to completely restore the same magic of that unmistakable style that accompanied the debut of the protagonist, but it is necessary and sufficient so that today and yesterday players can enjoy the product with at least a decent graphic and technical sector.

There is no shortage of real news either. But to know everything you have to read what we have Klonoa Phantasy Reverie Series Review.

As mentioned, the Klonoa Phantasy Reverie series is one remastered It contains two famous chapters of the series, faithfully prepared by Bandi Namco on the gameplay and content aspect, but revised and corrected from a graphic point of view. The title is currently available on any console, as well as on PC via Steam, and can also hit the target marked with the magic words “4K and 60 FPS.” Now, we’re sure that’s already the case on PlayStation 5; However, the writer completed the main adventure of both chapters on the Nintendo Switch, because the allure of portability was so tempting. And here, keep in mind that 4K is not remotely visualized, the graphics settle at 900p. However, in terms of frame rate, the Klonoa Phantasy Reverie series has always behaved very well, even without staying steady at 60fps.

In fact, we were convinced of the choices regarding adaptation, because new graphics. Because this magical combination of pixel art and worlds 2.5 from the first PlayStation was clearly impossible to reproduce as it was on the next generation consoles. So the artistic direction decided to follow the path of cartoonish rendering, color saturation, and filling of each background (while at first they remained, in many situations, on a black background). The option can be loved or not, but it really works, and it allows anyone who has not known the saga before to approach it without raising their noses for purely technical reasons.

also view They’ve all been rebuilt from scratch, as well as the game’s menus (yes, always in HD). These are not always obvious aspects, so it is good to emphasize them.

The Converter contentsHowever, it is not limited to this. Now, the two games remain identical from the point of view of their proposals; Ways to use change. For example, different difficulty levels were introduced, which were initially “easy” and “normal”. In easy mode, the maximum hearts for the protagonist is five, damage is reduced by a third and lives are practically unlimited, so getting to the end of the game is an impossible task. In normal mode, the challenge becomes the one-time challenge: Klonoa has only three hearts available, damage received from enemies is standard, and the game starts with three lives available.

Complete the main adventure and then unlock hard modewhere the rewards are replaced by malus: those who in time dissect both rings for good will find their satisfaction here.

In addition, both Klonoa: Door to Phantomile and Klonoa 2: Lunatea’s Veil can now be played in the company of a friend who takes on the roles of Huepow and Popka respectively. Here is an inspiration co-op mode It must be true of famous examples like Super Mario Galaxy and Super Mario Odyssey, because the second player does indeed have a controller, but not to guide a character in turn within the levels, but to enhance Klonoa’s jumps within the same.

READ  Alfa Romeo Giulia, the restyling is coming, with the visual and infotainment kits from Tonale- Corriere.it

The “jump support“(This is the name of the feature) needs to be recharged after every use, but it can obviously be very useful, if used strategically, within a platform like Klonoa, making it easier to reach certain platforms that require further laps. Longer or careful meditation of the resources available in the surrounding environment.

formula “timeless classic“It conjures up boring, sometimes false images. But in reality, how else can Klonoa be defined? Older people will surely have pleasant memories of these two single returnees from their youth period; on the other hand, newcomers do not have a black cat. It was never known, perhaps because of A poster that will pique their interest and they will try to take it back.On one thing you can still agree, or at least that’s our idea: Both Klonoa: Door to Phantomile and Klonoa 2: Lunatea’s Veil still have a sense of being and being as fun as their time.Only the weight of the years can be felt. By individual aspects: the volume of levels and the total duration of individual adventures of two hours, with a maximum of three hours.

Try, however, to compare level design, ideas, and use of enemies in the surroundings, and you will understand once again why Klona has charmed you when you were younger. Each level was and still is rich in contents, including gems to be collected, secrets, eggs whose existence must be guessed even on the basis of shadows on the ground, and bosses for whose defeat you need a certain approach, sometimes intuitive, others less. Using the hero’s ring, his only available weapon, is as simple as it is effective: Klonoa can not only “eliminate” enemies, but also put them in his ring.

Practically after hitting them, he uses them as he pleases: to knock down the wall, to jump higher, to get to something very far away. Not to mention the carefree and sunny taste plot, so simple that it would not be taken into account today. Isn’t this simplicity missing, too? Simply belong to a period of our lives that unfortunately passed and thus was lost?

READ  The first chapter will be deleted from the sale and subscription services - Nerd4.life

The Klonoa Phantasy Reverie Series isn’t a perfect remodeling tool, but it’s the one we need, and one we’ve been clamoring for for years. It doesn’t come accompanied by fireworks, but with the care you pack a Christmas gift for your best friend. It contains two famous chapters from the franchise, Klonoa: Door to Phantomile and Klonoa 2: Lunatea’s Veil. The gameplay has remained the same as before, almost nothing has changed, except for a different management of the main interface (with indicators at the top and not at the bottom), difficulty levels and playability in two sections, in a kind of constant support, interesting but not invasive. Almost nothing, given the miserable distance (25 years!) between us and our first Klonoa game in 1997. But everything is in place, the magic of two unforgettable video games can be understood all over the place. The graphics, the technical sector, the audio adaptation are all excuses, just emergency necessities to bring here, today, two video games from the past. The operation was successful, because he wanted to achieve only this: he made us meet Klonoa again, after a long time; Make it known to those who haven’t seen it before. Both are possible, at a price that’s probably a little high at the moment, in a respectable new look. Let’s go back to the world of dreams then. We all need it very much.