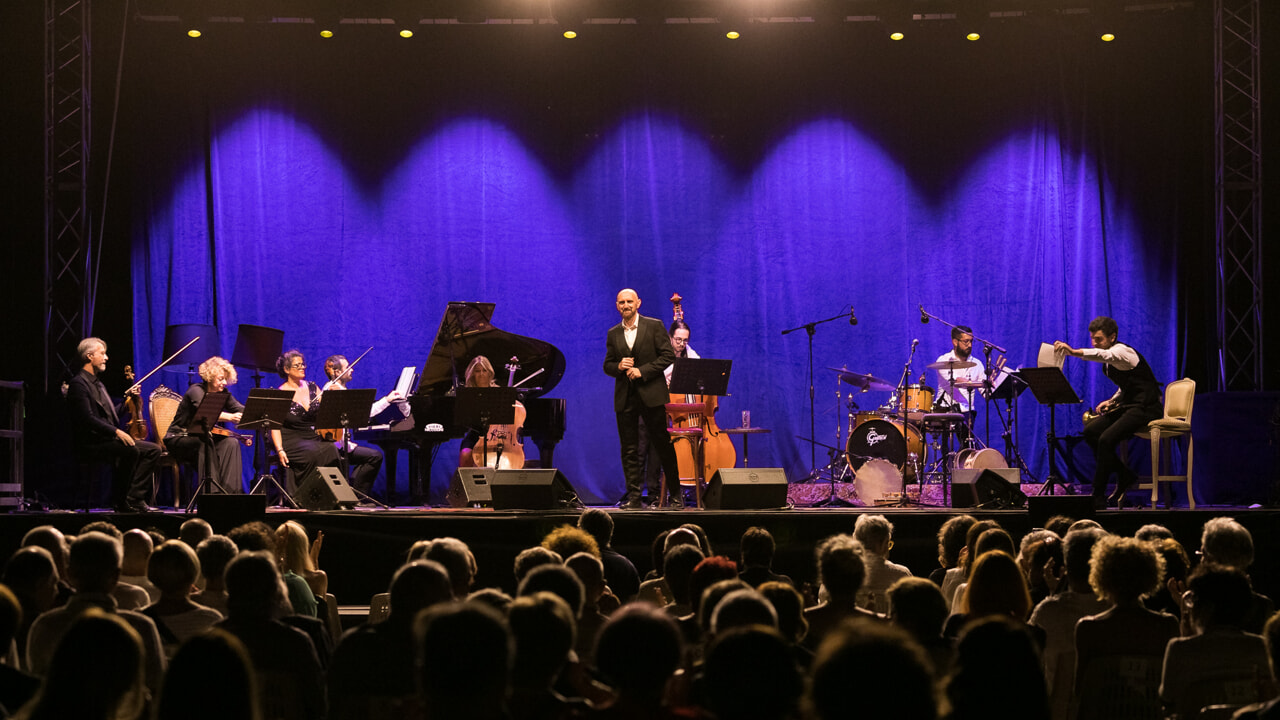 Spazio Semy travels to Tunisia with the Ouida Orchestra Instabel Arezzo. The Arezzo International Art Center will be a guest with the orchestra at the 35th edition of the prestigious International Music Festival Sinfonic, taking place in El Jem from 12 July to 13 August with the performance of “Concerto Italiano”, a tribute to Italian song and culture, from great operas to composers Patriots Songs of the Sixties and Seventies.

Wednesday August 10 at 9:30 pm The Grand Roman Amphitheater of the Tunisian city receives the voice of Gianni Broschi, co-founder of Spazio Seme, accompanied by the musicians of the Oida Orchestra Instabile of Arezzo, in a formation of 20 elements, for a concert. Ranging from great Italian operas with Puccini, Donizetti, Rossini, and Verdi, to contemporary composers like Ennio Morricone, and even songwriters who made national song history like Domenico Modugno, Luigi Tenco, Umberto Bindi and Bruno Martino.

For the opening concert and two operas, disciples of the great Italian soprano Eva Mei: Alfonso Zamboto (tenor) and Valentina Corro (soprano). Both trained at the Maggio Fiorentino Academy in the Teatro Comunale in Florence.

An old collaboration between Gianni Bruschi and Tunisia, dating back to 2003 with the Terìaca Ensemble-Mosaico Mediterraneo project, which later became a record production, which also included art workshops related to Italian and Mediterranean folk culture and performances by Italian musicians and dancers. Tunisians, Moroccans, French, Spaniards and others; All under the supervision and preparation of Gianni Bruschi. These were the years when Bruschi collaborated with the other founders of Spazio Seme, Francesco Botti, with the Tarantella school and the Mediterranean folk dances founded by Eugenio Bennato in Bologna and directed by Maristella Martella with whom they participated every year in the “Decouvertesie Tunisie 21”, A very popular and attended Tunisian ethnic music festival. Furthermore, in 2017, Gianni Broschi was a soloist with the Tunisian Symphony Orchestra led by Hafez Makni and in 2018 El Jem Festival Director Leonie Mabrouk invited a group of Italian jazz musicians, with Gianni Broschi and Nadine Rach, to speak at his festival, effectively agreeing to the birth of Sim Jazz Band.

Oida Orchestra Instabile of Arezzo www.oidarezzo.it, performing compositions in Italy ranging from the eighteenth to the twentieth century, constantly promotes initiatives of art, music compilation and musical language in all its forms for people of all ages and from all cultural backgrounds by bringing together and facilitating dialogue between many From the musical facts of the province of Arezzo and the province.
One of the goals of the Orchestra OIDA is to support and promote a collective project centered on the figure of Guido Monaco of Arezzo, who created and established the system of transmitting music through the stick and the current musical notation, a universal language among peoples. .

Spazio Seme www.spazioseme.com is an international art center founded in 2012 by Leonardo Lamprushini, artist and dancer, Gianni Bruschi, singer and actor, and Francesco Petti, actor, writer and director. Operating in the world of art, education and entertainment, it promotes cooperation with Italian and international realities. Spazio Seme deals with artistic languages ​​through courses and workshops for children, teens and adults: from theater to singing, from contemporary dance to creative writing and much more. It is also one of the reference centers for contact improvisation dance worldwide. It has hosted extensive art residencies and workshops with internationally renowned dancers.


Concerto Italiano is a production of Spazio Seme in collaboration with the Oida Orchestra Instabile of Arezzo, in technical partnership with the Regional Directorate of Museums of Tuscany, the Arezzo Museum and Theater and the Guido d’Arezzo Foundation.

READ  No space on Gmail? There is a trick to empty your personal inbox